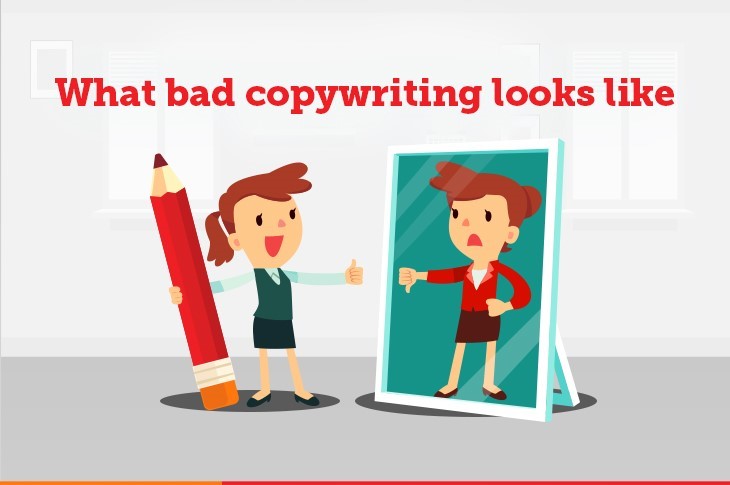 Bad copywriting is to a brand what typing ‘lyk dis’ is to a person’s social credibility. Back in 2010, when social media was a new thing, ‘chat language’ may have seemed cool. But now, in 2020, if you were to receive such a text, you’d instinctively cringe, and probably ignore the person.

Similarly, the way you choose to communicate with your target customers cannot follow the ideas, tone, or grammar of the past. You need to run half a dozen copy checks, not blindly rely on online grammar checkers, read the social atmosphere, and consider the sentiments of your readers.

Here are some copywriting gaffes that brands have made, and our breakdown of them so that you don’t have to make the same mistakes. 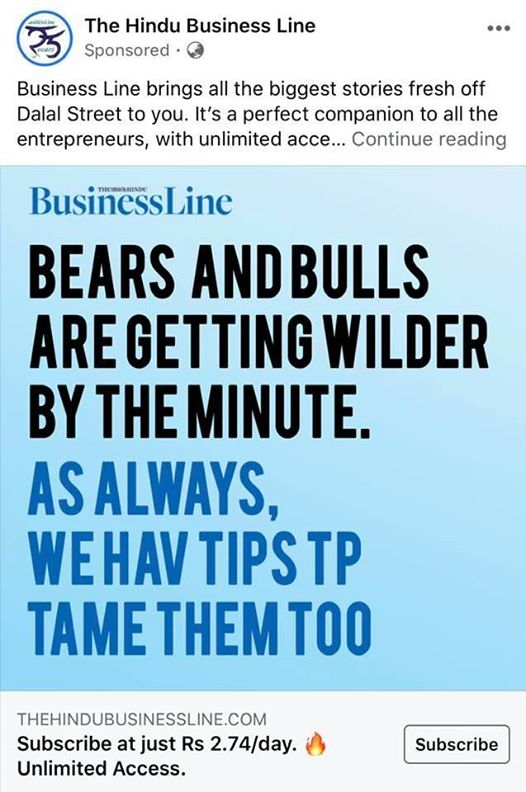 Typos, sadly, are not just the annoying thing your phone’s autocorrect does when texting. It’s also a solid example of bad copywriting. The Hindu Business Line’s sponsored post on social media saw not one but two glaring typos in their copy.

When you’re a newspaper that’s promising to inform and educate your readers on a variety of issues, including stock market insights, it doesn’t bode well for you to not have basics like grammar in place. This only emphasizes the fact that complete reliance on online grammar checkers isn’t prudent.

Still not convinced? Read this insightful piece on spelling and grammar checkers. 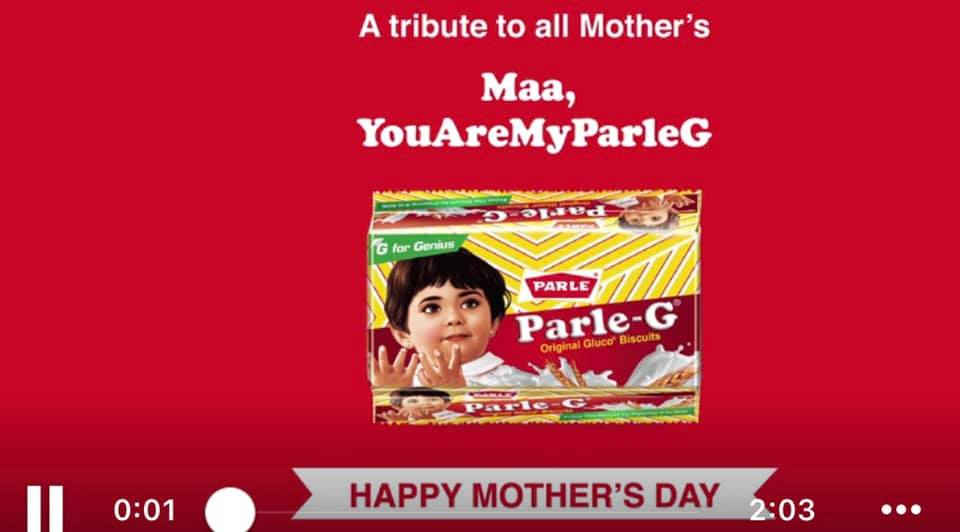 Last year for Mother’s Day, Parle-G put out a heartfelt video that aimed to capture all the care and effort that goes into a mother’s love for her kids. While their heart was in the right place, and the video was great too, the failure to proofread the very first frame of their video may have put off all the self-proclaimed ‘grammar Nazis’ out there.

Instead of saying, ‘A tribute to all Mothers’, the video said, ‘A tribute to all Mother’s’. Yes, it’s common to use the apostrophe incorrectly when writing the first draft, but proofreading your copy can help fix such fundamental errors. Unless you, as a brand, decide to renounce all use of the apostrophe as the famous playwright George Bernard Shaw did.

All brands have been trying to capitalize on the current pandemic to connect with their customers and market their products and services as much-needed solutions. But Kent RO’s way of promoting their atta and bread maker by labeling domestic helps as ‘unhygienic’ is prejudiced, offensive, and classist.

Their advertisement implied that a house help kneading dough by hand would be at a higher risk of spreading coronavirus as compared to any other person. A domestic workers’ organization in Karnataka has called for the boycott of all Kent RO products and the Bollywood actor Hema Malini, who has been a brand spokesperson, has issued a statement on how ‘inappropriate’ the ad is. 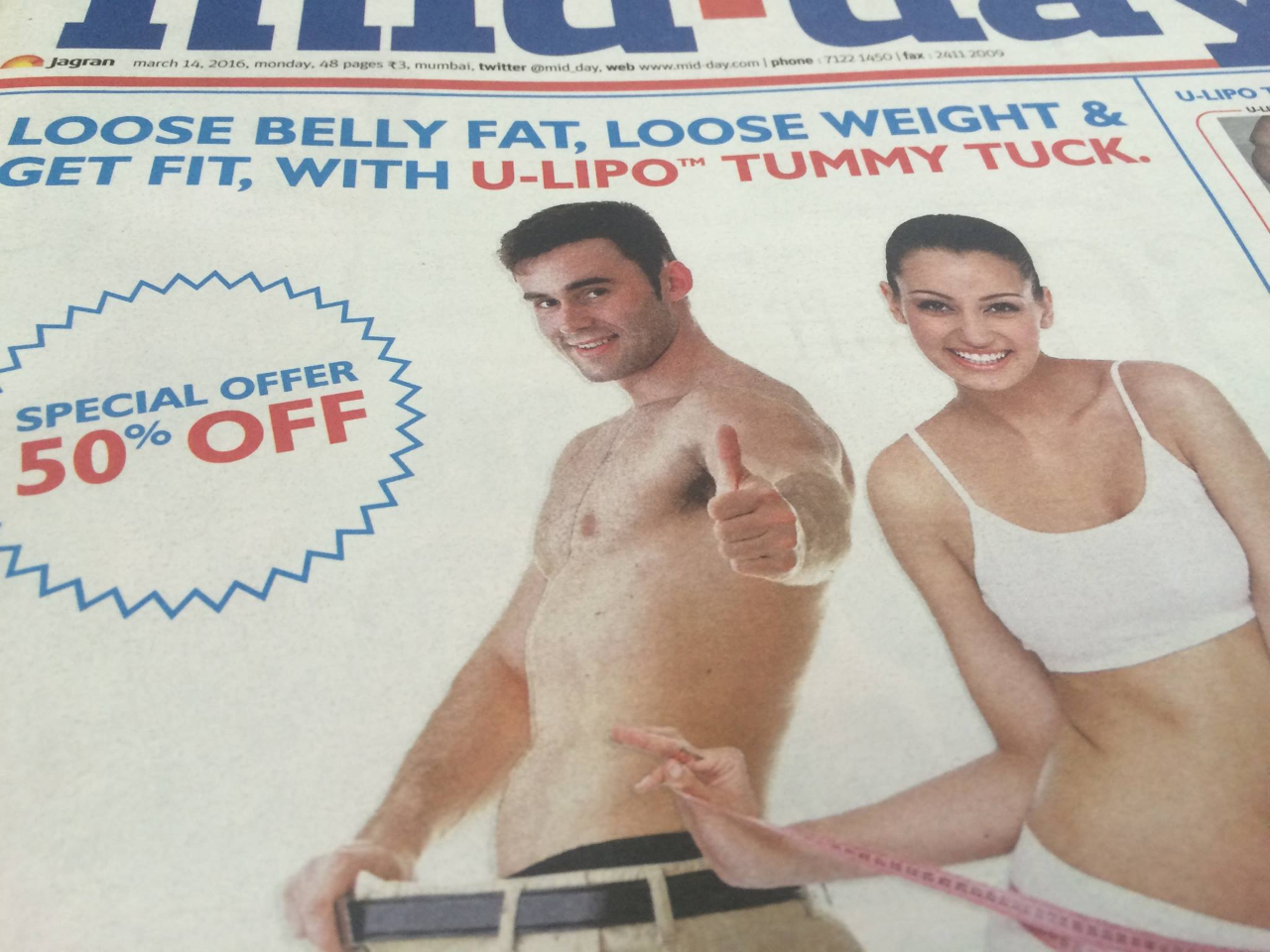 Can a bear bare the harsh weather whether it’s sunny or windy? Yes, homophones – words that sound the same but having a different spelling and meaning – can be fun. But only if you know how to use them correctly! Sometimes, as with Prettislim’s U-Lipo ad in Mid-Day, amateur copywriters confuse their homophones.

While promoting weight loss through their tummy tuck product, the copy says, ‘loose belly fat’ instead of ‘lose belly fat’. Since, in the very same copy, they make this mistake twice (‘loose weight’), it can’t be an error overlooked; it’s an error not understood. Remember, losing belly fat can make your pants loose.

Triumph suffered a cringeworthy failure when it printed an ad in a newspaper with the tagline ‘For the ladies… who pamper their dads!’

Considering Triumph is a lingerie brand, this was quickly rated as the creepiest Father’s Day ad ever. And since it drew a lot of flak across social media platforms, the company had to come out with an apology.

Triumph’s copy editor failed to avoid a glaringly apparent blunder. This was an obvious case of jumping on the branding bandwagon despite the clear dubious association.

It is a classic example of why sensitivity is critical in the world of content. The writer clearly failed to associate the message with the reality of events. Incidentally, this was the 2013 Boston Marathon, which saw three people killed and several injured as a result of a terrorist bombing.

The brand apologized for hurting the sentiments of its customers, but the damage was done.

Old Navy is popular for manufacturing comfortable, fashionable t-shirts with appealing slogans. But the brand lost a lot of money when it made a faux pas with a slogan that read ‘Lets Go!!’ instead of ‘Let’s Go!!’

In addition to the loss of revenue, the lack of an apostrophe was a major branding embarrassment that could have easily been avoided with more careful copy editing.

Apple faced a tricky situation when it received a cease-and-desist letter from New York City street artist James De La Vega during the iPhone 5’s marketing campaign. The company had used the phrase ‘You’re more powerful than you think’, which was coined and used by De La Vega as part of his ‘Become Your Dreams’ series for nearly a decade.

Companies like Tory Burch and Amazon had also used De La Vega’s artwork and slogans as part of licensed deals, and logically Apple should have done the same. In addition to the shame of plagiarism, the incident dented the high standards Apple has come to represent.

A CTA tells your audience what to do next – be it call, click, download, or purchase. By using vague and passive language, the ad for Discovery Channel’s Dead Sea Scrolls exhibition introduced a degree of ambiguity to the message.

In this case, adding a verb like ‘view’, ‘explore’, or ‘visit’ at the beginning of the ad would have helped initiate action on the part of the viewer and led to better conversions.

Nivea’s ‘White is Purity’ campaign promoting Nivea’s ‘Invisible for black and white’ had the slogan in caps ‘WHITE IS PURITY‘. The ad, which appeared on Facebook, targeted followers in the Middle East.

A clear metaphor for skin color, the post soon became an instance of obvious racial discrimination. Though Nivea apologized and deleted the Facebook post, the company’s image and standing did take a beating on the social media platform.

The ad, which ran in print as well as on social media, depicted women in general and mothers in particular, irrespective of age, being responsible for cleaning and conducting household chores.

The message: ‘This Mother’s Day, get back to the job that really matters’, came across as demeaning and insensitive to women.

Intelligent and effective copywriting can be a tricky business. Which is why it shouldn’t be the responsibility of just one brand employee. It is with the considered perspective of multiple heads that a copy can emerge appropriate and empathetic to its audience while also delivering on the content front.

Also read: How to make your way through a social media crisis