How brands capitalized on festivals in 2019 using branded content 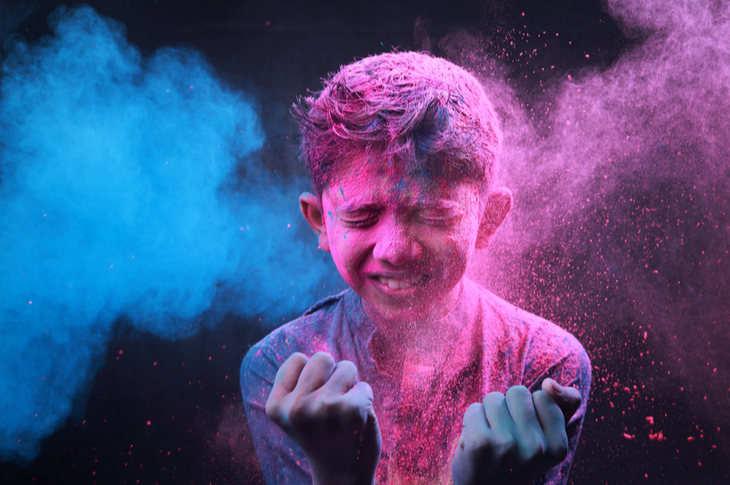 Let’s face it, competition today can be intense. To succeed, you need to continuously push the envelope of your creativity to really come out and outshine your competitors with extraordinary executions, not just ideas. Brands are trying every possible way to connect with users. Be it through moment or influencer marketing, or placing regular ads on digital channels, all marketing arms are being flexed. In this scenario, capitalizing on festive occasions to grab eyeballs can be a foolproof strategy – that too at a reasonable cost. The best thing about festivals is that your target audience is ready with a mindset to buy; all you need to do is convince them to buy from you. To turn it into reality, your audience should be able to remember you first. Here’s where branded content comes into the picture.

Let’s see how brands engaged with their users during important festivals such as Holi, Eid, and Diwali in 2019.

This digital campaign kicked off with a short film featuring a prisoner who’s being released after years of incarceration. He’s offered new clothes, which he wears but is reluctant to go out as he fears his clothes will get stained with the colors of Holi. The jailer then assures him that he can now avail of a discount on new clothes from Brand Factory on all 365 days. The ex-jailbird then joyously goes out and joins the Holi celebration.

The ad highlighted a prevailing ritual of wearing old clothes on Holi and encouraged people to go for new ones. It was a good, straightforward advertisement that managed to connect with the people.

This campaign brought out the true essence of Holi – bringing people together. A small girl on a bicycle first goes out and provokes her friends in the colony to throw color on her. When she is assured that their coloring arsenal is finished, she picks up her Muslim friend and drops him at the nearby mosque to let him offer prayers.

The ad left an easily recognizable ‘mark’ on our mind, pun intended. Surf Excel seems to have mastered the art of brand recall. Who can forget its #DaagAcheHain campaign?

With respect to creatives and GIF images, many brands tried their hand. While Audi kept it light with its ‘Bring out the inner child in you’ campaign, Raymond tweeted a simple yet creative GIF that had pins, bobbins, and spools beautifully arranged to spell out ‘Happy Holi’.

Edelweiss Tokio Life took the chance to convey how lessons imparted during childhood by parents shape the character of a child. This campaign relates the story of a little girl who grows up and excels in her professional career, breaking stereotypes.

Axis Bank’s campaign during Diwali would have touched every salaried heart. A young professional keeps losing his savings due to unforeseen events, bringing him losses. When all seemed lost, he receives a text that his salary’s been credited to his Axis Bank account, restoring his chances of celebrating Diwali.

Bringing a different perspective and something new to the ad clutter, Vivo came up with the idea of looking at the world through the eyes of two kids. Dhruv is from a middle-class family while Aman’s father is a laundryman. Both kids try to visualize society in their own way through innocent minds that are yet to be affected by adult prejudices. It perfectly represents relationships beyond social boundaries.

These are only some examples of brands that used festivals to boost their campaigns and drive traffic to their products. If you’re not good at moment marketing, planning ads around fixed festival dates can be an ideal way to gain quick traction. Go for it!

Diwali Campaigns 2019 break the myth of a slow festive season

How to make the best use of TikTok for branded content