How to make your way through a social media crisis 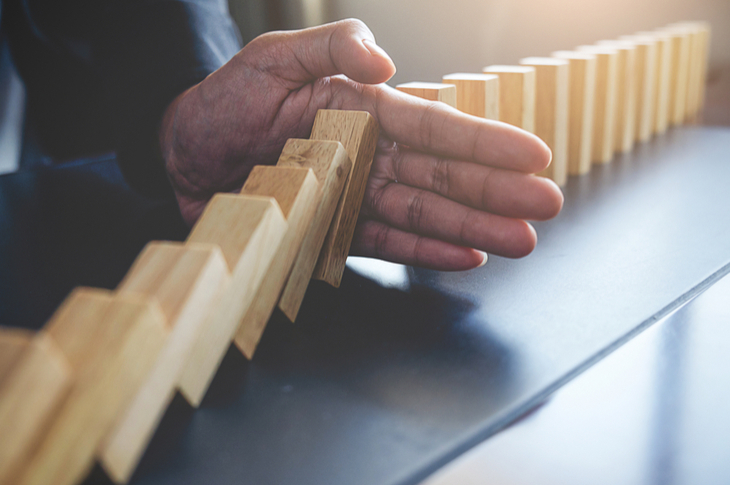 For any brand with a social media presence, it is challenging to keep its employees on the same page about online etiquette and social media dos and don’ts.

Every now and then we see a brand’s reputation get dragged through the mud; sometimes for an agonisingly long spell. It could be because of a small foolish remark or a derogatory post.

Having clear social media policies in place can save you from potential troubles. But what if you find yourself in one already?

It is in such situations that the following tips can come handy:

1. Put out a prompt response

Sitting on the sidelines and watching the storm brew is probably the worst thing you can do during a social media crisis. Not only do you have to respond; you also must be lightning fast in doing so to maintain the respectability of your brand’s social media presence.

Needless to say, such crises often go out of hand in the blink of an eye. Consider the time when Nestlé’s Maggi Noodles found itself facing allegations about excessive levels of lead in its product.

With a PR team that reacted much too slow and didn’t adequately address consumer concerns on social media, the company lost out on the public front. Their silence was read as an indication of guilt.

Pro tip: Analyse consumer sentiment during times like these and be careful not to respond arrogantly.

Once you find your brand in a social media crisis, try to gauge how big the trouble could be. Assess the situation and respond accordingly, rather than going for a knee-jerk reaction.

You have to engage in the right way and find a solution rather than taking it head-on. Sometimes, even a little humour can go a long way.

Greggs, the baking giants from England’s Newcastle, faced trouble when their logo, appearing on the right-hand side of a Google search, was replaced with an offensive image.

Resorting to some good old-fashioned British humour, they tweeted out to Google offering a plateful of doughnuts to get the error fixed. In response, Google wittily asked for one of their famous sausage rolls to get the job done!

Pro tip: Times like these can also often help you help reinforce your brand identity. Keep that in mind as you do your firefighting.

Qantas Airways had to learn that the hard way. Many of its passengers faced inconvenience as the entire fleet remained grounded due to a labour strike. However, Qantas went ahead with their scheduled tweets and the very next day tweeted about the luxuries of flying with Qantas.

Public fury ensued, and Qantas had to deal with a lot of sarcasm. Here’s an example of the same:

@the-aaron-smith: “#qantasluxury is chartering a Greyhound bus and arriving at your destination days before your grounded Qantas flight”.

Pro tip: Much like how a person’s statements and actions need to align for them to come off as trustworthy, so does a brand’s. Therefore, fashion your social media presence basis its operations in real time.

No matter who may have shared, posted, or tweeted something undesirable, as a company, you will have to take ownership of the situation.

Avoiding making statements or finding a scapegoat is not going to stop the brickbats; saying ‘mea culpa’ might.

For instance, Vodafone suspended one of its employees and issued an official apology after the employee posted a homophobic tweet from the brand’s official Twitter handle. Of course, they also deleted the controversial post!

Pro tip: A strict social media policy from the brand’s end can help prevent such occurrences and also take immediate action against the employee responsible.

If a small group of netizens are presenting a cause for concern, message them personally to address their grievances and solve them. Even while dealing with millions, it is best to provide solutions in your responses, or at least appear to be providing a solution.

When Volkswagen’s ‘emission cheating disaster’ went out of control, they eventually announced plans of recalling/refitting 11 million affected vehicles. This announcement had a pacifying effect on the entire crisis.

Pro tip: Keep in mind that when providing customer support through social media, you’re not only pacifying hurt consumers but also simultaneously addressing a group of potential customers. Working your way well through even the worst of situations can placate your current set of consumers while gaining you respect from other prospective ones.

It is quite clear that playing smoke-and-mirrors doesn’t help your social media presence when you are in the middle of a crisis. It is essential to be honest, authentic, and transparent while you simultaneously evaluate the crisis and learn from it. And of course, do put a crisis management plan in place… just in case!