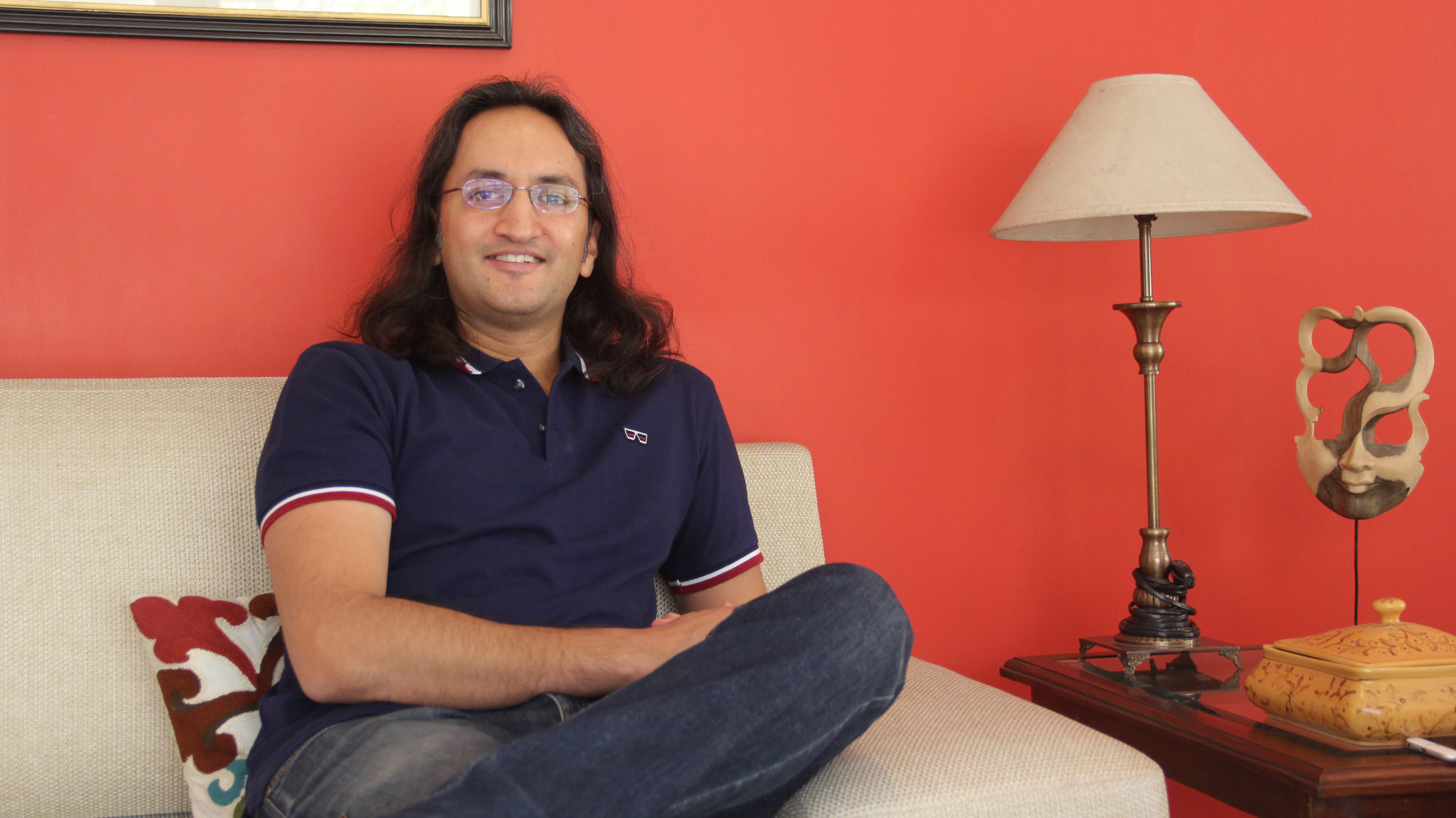 Forbes called him the “global face of Indian stand-up comedy.” He has done more than 2000 shows across five continents on channels like Comedy Central, BBC, and NBC. He is the recipient of ‘Asia’s Best Stand-up Comedian’ award by Top 10 Magazine in Kuala Lumpur. Besides being a qualified Laughter Yoga instructor, Papa CJ has helped many brands see comedy as a useful marketing strategy. He presents the combination of his profession and his experience in branding, marketing, and management consulting in a way that it seems effortless.

So, when we sat down with him to have a chat about ‘comedy in content marketing,’ he knew the second most popular thought in the readers’ minds (first being the story behind his name). Why should they care about this interview? Here’s what he had to say

CJ: I’ll tell you why. Because in a world of limited attention spans, I grab attention immediately. I retain that attention for a sustained period of time and communicate specific messages that I want my audience to get, while also getting a reaction from them that I desire. As a professional comedian, I can guide the marketers on how to use this strategy for their brands.

How did you start into comedy?

CJ: I have quite a traditional corporate background. After working as a management consultant in London for four years, I took a sabbatical. In that year off, I went to the Edinburgh festival, and I saw these guys doing stand-up comedy. I just thought this is the most amazing thing in the world. There was a guy with a drink in one hand, a microphone in the other, and just having fun. And I was like, ‘I want that job’ This was almost 14 years ago.

So how do you think comedy has evolved in India in the last decade or so?

CJ: I started the English language (comedy) circuit in India in early 2009. I did a few shows myself in 2008. Of course, there was Hindi stand up before, but the English language stand up has exploded. It has also gone on into various media and various forms. There’s Improv, and there’s Sketch, there are guys doing web series, there are Amazon Prime specials. So, there’s a hell of a lot going on.

How does comedy make itself available for different content, platforms, and formats for the marketeers?

CJ:I think marketers look at comedy with the wrong lens. A lot of them ask, ‘Should we use a comedian?’ whereas the question ought to be ‘What does a comedian bring to the table?’ Click To Tweet

A lot of marketers make a mistake when they approach comedians because they ask for a funny viral video. Great! If you want to pay me money to make me famous, you go for it. But if that content is not in line with the exact message you want to communicate to your target audience, then you’re making a mistake.

A large media company has me on board as an ideator. They take me to various content days to their clients to talk about what marketers can learn from stand-up comedy. I listen to them and then ask them two questions –

1) Why should the target audience give a crap of what you have to say?

2) As a result of your communication, what do you want them to think, feel, or do?

That is what one must define first and then come up with concepts as to what can possibly be done to achieve these objectives. Then further down the line, if comedy fits into that, well and good. But also, as a comedian, what happens is that we are very sharp writers. Every single word makes a difference to us. Not only can we conceptualize ideas, but we can also write scripts and channel those concepts into various mediums.

You mentioned a big IF there. Are there any sectors that should stay away from comedy?

CJ: See, comedy works across the board, right? Humour is like a rubber sword. You can make a point without drawing any blood. So, it’s not about whether it fits in any vertical or not, it depends from brand to brand, from product to product, from message to message. Humour is a beautiful way to engage an audience, grab attention immediately, and get your message across. For a brand, you have different markets. Now my brand message stays the same. My point of view remains the same. But how I communicate in that market changes. And those are some of the learnings which as comedians we bring to the table. 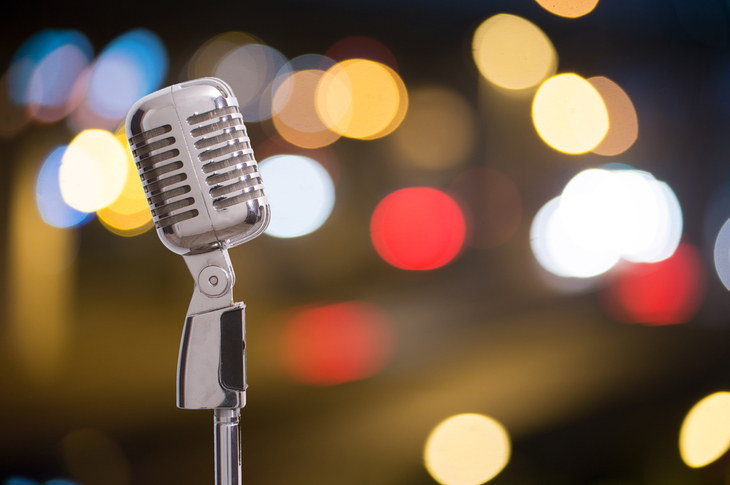 What do you think about comedy as a medium to send a message?

CJ: Today, nobody wants to be sold to. So, the strength lies in the story that you’re telling. Your story must be strong, and the brand needs to fit into that story somehow. Click To Tweet The brand message almost comes through osmosis. You can choose to be a lot more direct as well – as long as it’s funny, engaging, and gets the point across – you’re good. But if you’re just trying to sell, they’re going to switch immediately.

The new age stand-up comic and video platforms are fairly on the edge given the bad language and sexual and political innuendos. Brands are not very eager to be associated with this kind of content. Your views, please.

CJ: Indians seem to think that English stand-up comedy is all about being vulgar or abusive. Now, why do you think it is so? Because that’s the only stuff which hits the news.

Let’s take an example. A 25-year-old comedian performs in a comedy club where the audience consists of 25-year-olds. When this young comedian says something abusive or anti-establishment, it comes across as edgy. And that’s enough for them to think, ‘Oh my god! I can’t believe he said that. How amazing is that!’ But then he gets invited to do a corporate show where the audience consists of 40-year-olds. After he says the first or second bad word, they think ‘Fine, we’ve heard it. Now what? Where is the funny?’ The client thinks, ‘I’m not going to hire any comedian again because this is what comedy is like.’ That is a mistake. I have done every single kind of corporate show right from birthdays to baby showers. I have even performed with Mukesh Ambani sitting next to his mother in the audience. Forget a vegetarian show, that was a ‘Jain’ show! I took out the onions as well! So, I think corporates and marketeers need to realize that clean comedy is an option. We can customize comedy to speak your brand’s language. 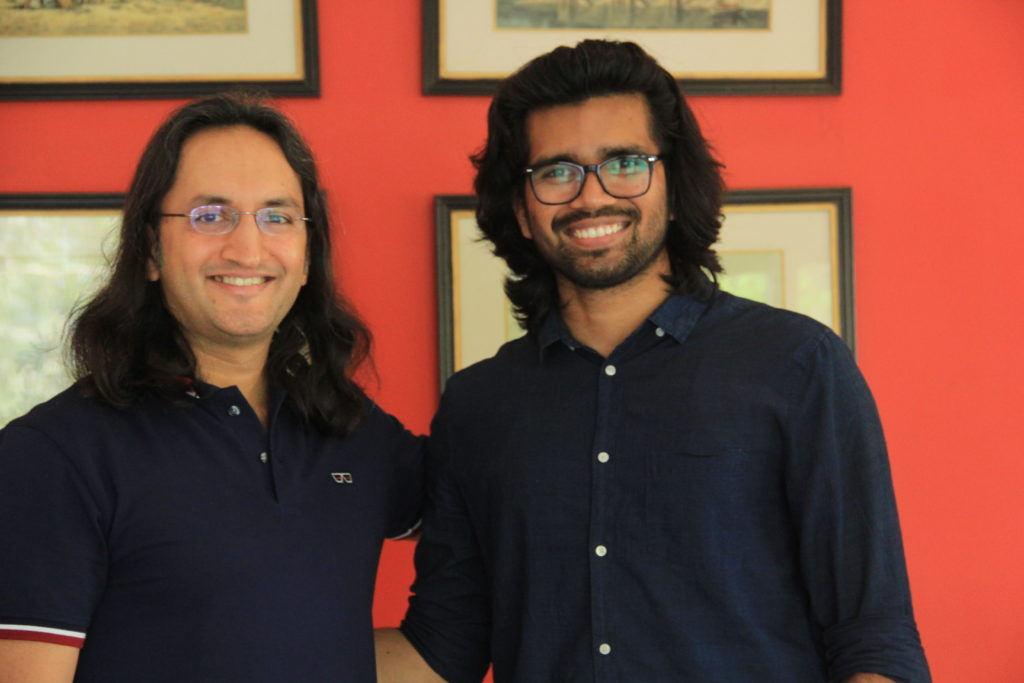 Have you worked with any brands as a stand-up artist?

CJ: I did a campaign for Sprite last year. Their target audience was college students, and they wanted them to be able to articulate what the tagline of their brand – ‘Seedhi baat, no bakwaas’ – means to them. So, I went to colleges across the country and asked the students about all their problems. Based on these conversations, I created a stand-up comedy show and performed two hours later in front of them. After the show, we interviewed about what ‘Seedhi baat, no bakwaas’ means to them. We shot these interviews and released this content into the digital universe.

Also, Read – Why you need a branded content platform?

People don’t have an encouraging response to sponsored content. How do you tackle that?

CJ: You shouldn’t have to integrate the brand into comedy. You’ve got to incorporate comedy into the brand Click To Tweet. In the case of the Sprite campaign, the students obviously knew Sprite sponsored it. But everything I was talking about on stage was about them. So, they’re thinking, ‘Yeah, he’s talking about what we feel strongly about’. Both parties – the brand and the audience – feel like I’m talking about them. That’s why it works, and that’s the fit you’ve got to find.

I am a comedian doing branded content; I am not a salesman. I am a storyteller. The brand just happens to be the canvas on which that story is painted.

Finally, are there any brands you wish to work with?

CJ: One of the brands that I would, in particular, like to work for and am in conversation with is Vistara Airlines. I’m their frequent flier, and I just love their airline. I approached them and said, ‘Here are a bunch of ideas. I would love to engage with you guys’. So, then I had a meeting with them, and we spoke about what their challenges might be. And now we’re trying to take that conversation forward in terms of what I can do for them.

While Papa CJ had so much to say about content marketing and stand-up comedy, one thing that stuck the most with us was how clever comedy could be. Whether your target audience is college students or the CEOs and the CMOs of multi-billion brands, smart writing reaches out to everyone. Influencer marketing is not just about working with someone who has a broad reach but also about somebody who can cleverly weave the brand’s message.

Oh, and if you are wondering, no we didn’t find out the story behind his name.

Connect with Papa CJ at papacj@papacj.com and add that zing to your content marketing.