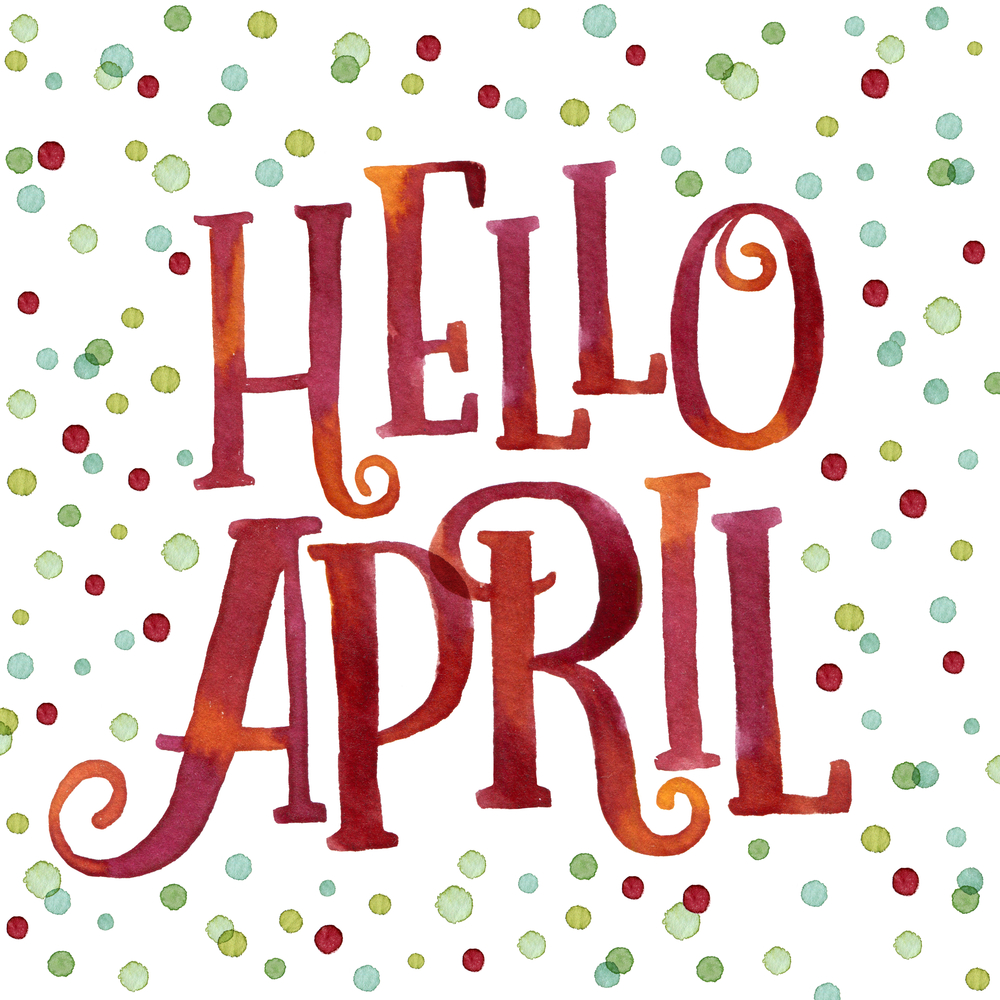 April might start with a joke but the month is not to be taken lightly.

With tons of diverse content pegs to build on – something for every brand – April brings with itself a ton of content marketing opportunities for brands to set the right mood as the financial year kicks off.

From fun days to social causes, here are 15 topics brands can talk on.

“Today, I will believe nothing and trust no one… wait, that’s like every other day”. 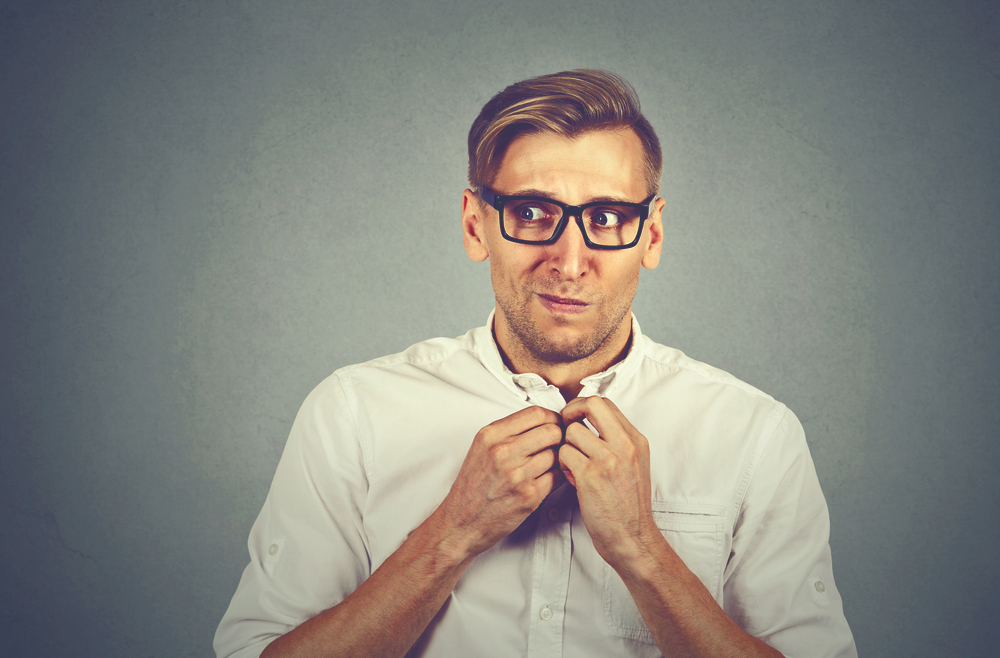 You could play it safe and inject humor with brand-centric social posts or pull a prank (in good taste) on one of your employees/co-workers and put it on social media. Or, you can go all out like these convincing brand hoaxes such as Honda’s first DIY car or Netflix’s fabricated sneak-peek of season 3 of House of Cards.

Probably the only day where brands wouldn’t face backlash for being deceptive and fake. April Fool’s day is when your readers are taking a jibe at each other, playing pranks – some might go down south – and overall, looking to convivially ring in the new financial year. 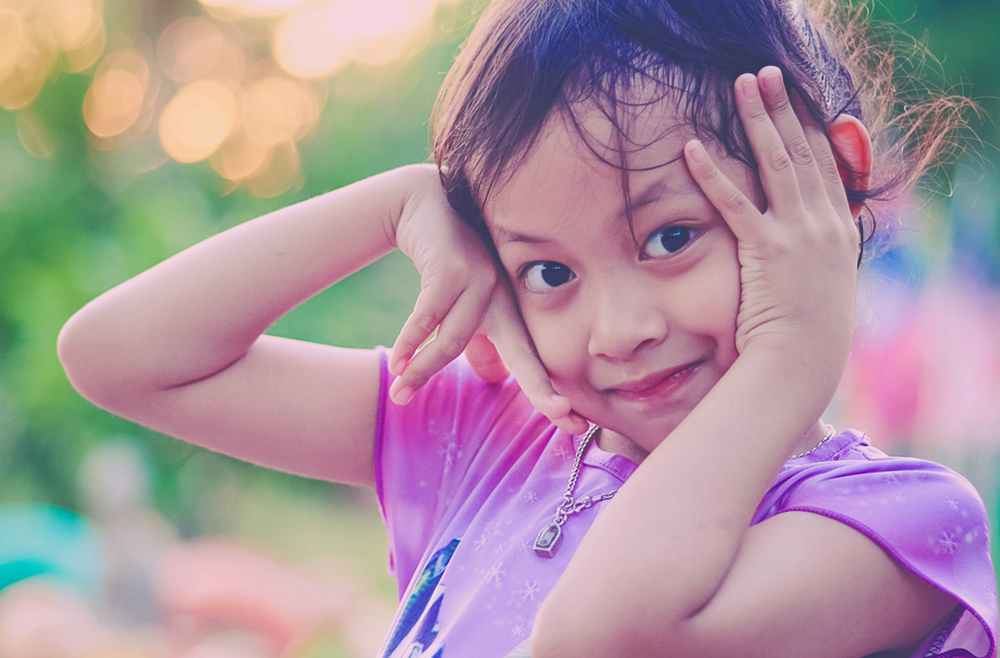 Talks around autism awareness, the need for equality, and expressing solidarity by pledging support to the cause – monetarily and otherwise – will put your brand in good light. You can also use this day to opine on the necessity for sensitizing mindsets towards neurobehavioral conditions.

Additionally, brands can organize activities like walks for autism awareness and encourage employees to wear blue to show support for its signature campaign called Light It Up Blue.

There are 18 million people with Autism in India and yet the prevalent stigma attached to it makes it difficult for those with this developmental disability to live a fulfilling and dignified life. 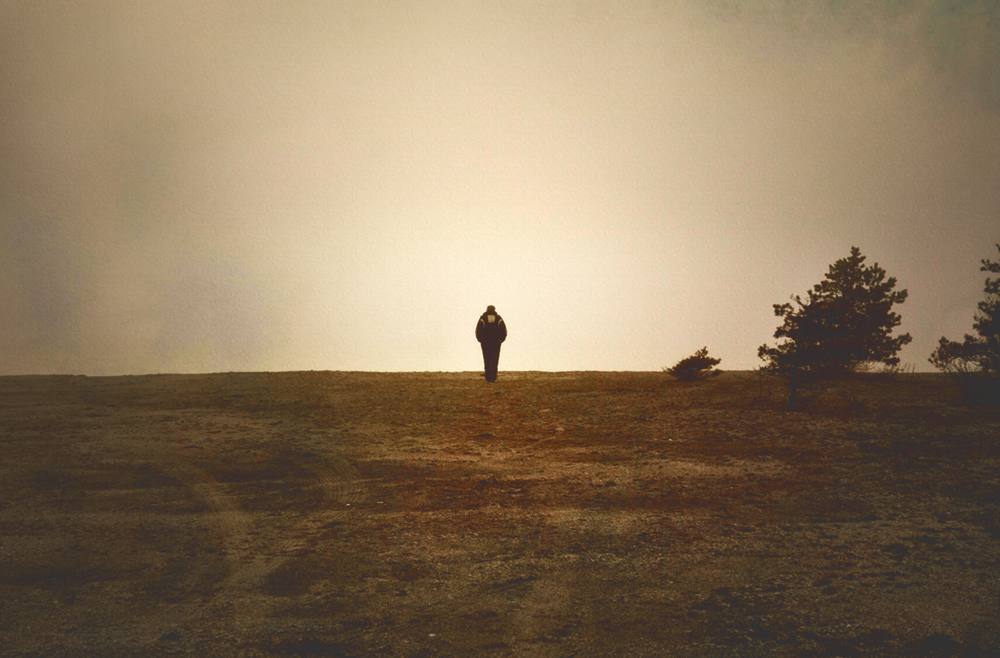 The major concern, however, is the perceived shame associated with it. People shy away from public conversations on depression and counseling as it automatically deems someone mentally incapable of being an everyday person. Brands, with their strong positioning and reach, can help towards subverting and subsequently, shattering this belief.

Posts on awareness, how to say if you’re depressed, where to seek help, celebrities who suffered from depression and spoke about it, teenage depression, depression signs parents can look for in children, 5 things your depressed friend really wants you to do, etc. will be well received.

Brands can also come in the limelight by identifying the correlation of chronic stressful situations and depression, and encouraging good work-life balance for their employees.

Every year, on World Health Day, WHO campaigns around one important health issue. This year’s theme is depression. Although used loosely in everyday conversations, depression is a critical concern that can strip away a person of their complete identity.

“Let’s draw the line between fun and abuse” 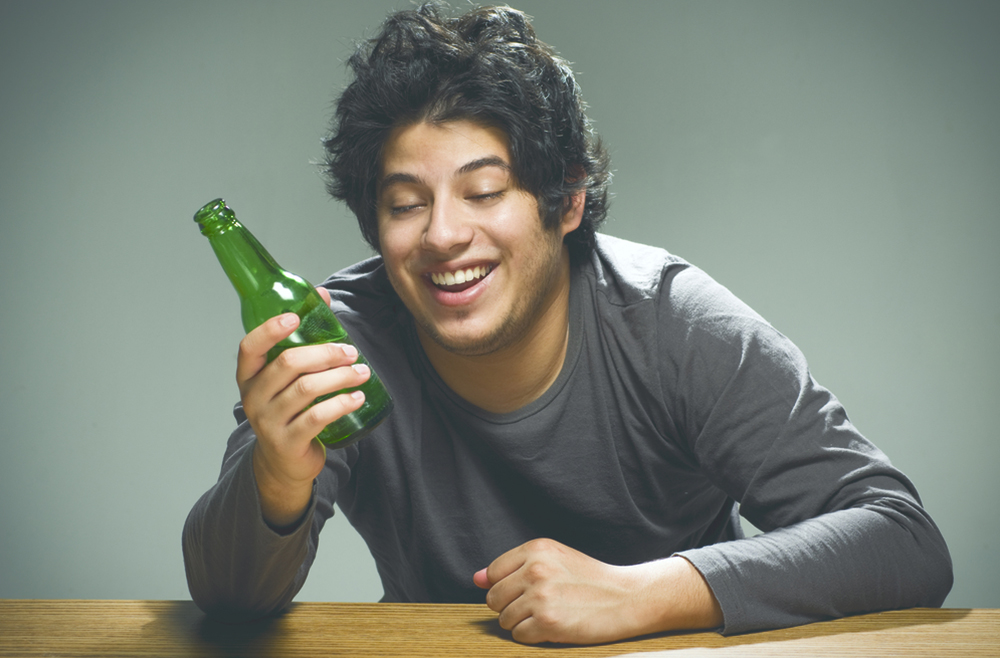 Content ideas: “How alcohol can rob you of a promising future”, “5 ways children are encouraged to abuse alcohol”, “5 effortless ways to keep yourself from binge drinking”, “5 ways to ensure your drunk friend doesn’t drive”, “3 signs of alcoholism”, “How to get sober in 90 days”, etc.

There are some marked territories brands don’t venture into; alcohol being one of them. But, with drunk driving accidents, alcoholism, and health conditions brought on by prolonged alcohol abuse on the rise, there is a pressing need to converse on this. 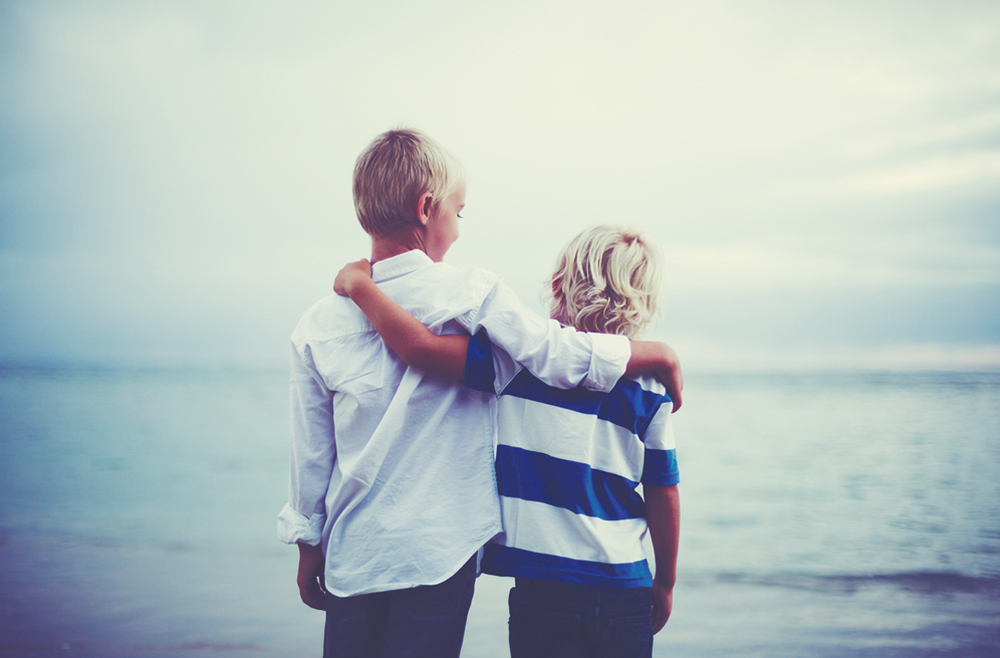 Publishing quotes and relatable anecdotes on social media and inviting readers to tag their siblings or share their own amusing sibling love-hate stories will initiate good user generated content.

Additionally, emotional videos capturing sibling relationships will be highly shared. Content ideas: “10 things you’ll relate to if you grew up with a sister”, “Celebrities and their lesser-known siblings”, “5 tips for parents to effectively deal with sibling rivalry”, “5 Whatsapp messages that you only send to siblings”, “What your younger brother wants you to know but will never say”, etc.

Primarily celebrated in the US, Siblings day is a great opportunity for nudging readers to connect with their siblings. With more Indians moving out to stay by themselves, meeting siblings become an occasional occurrence.

“I read Poe once, I think I know enough about poetry” 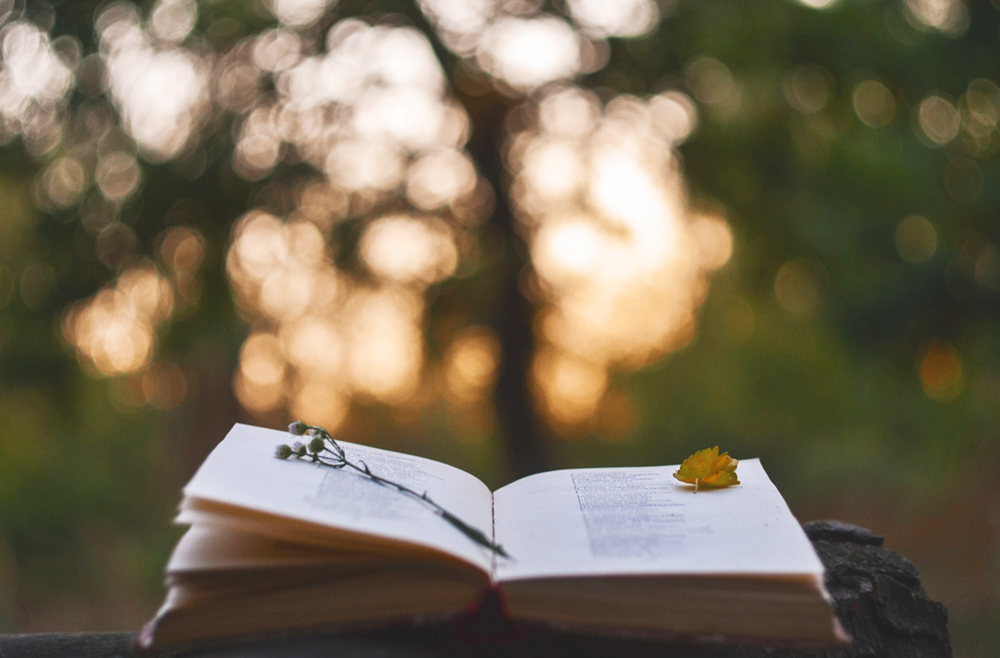 Brands can attempt to be poetic in their conversation, publish excerpts and quotes from famous poems, host a ‘Did you know’ contest as well as in-house slam poem competitions for employee engagement.

Content ideas: “7 ways reading poetry makes you smarter”, “3 poems that everyone will relate to”, “5 word cues to trigger your inner poet”, etc.

At a time when allegorical poetry is fast losing its foothold to lyrics that make no sense, the world needs more poetry. 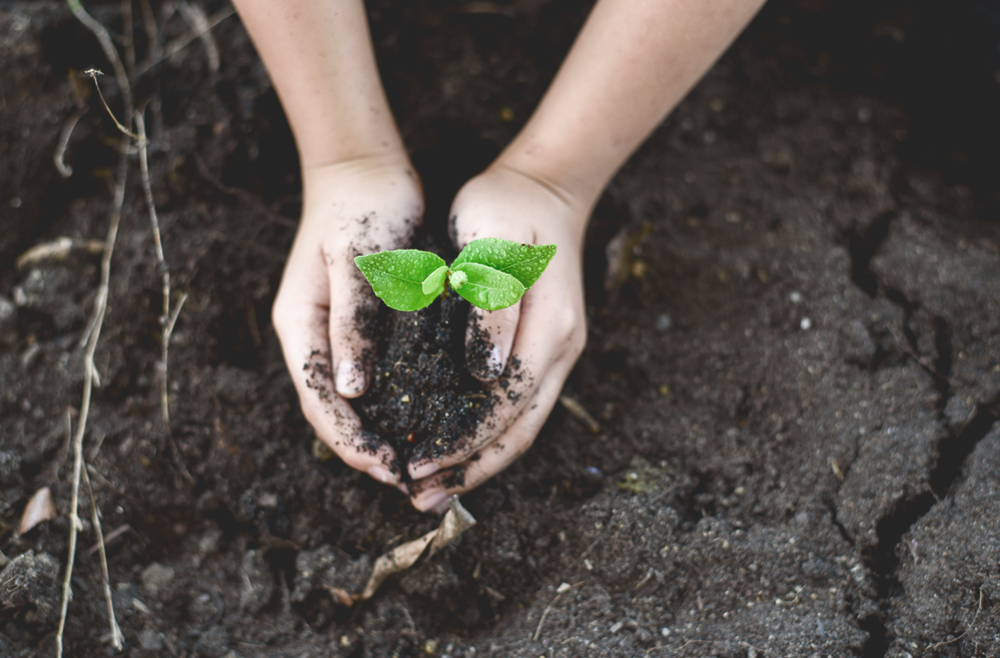 Brands can also showcase their CSR activities towards environmental consciousness and betterment by cleaning out areas around their workplace, and promoting good in-office habits like judicious use of electricity, recycling, and avoiding plastic.

Some content ideas: “5 effortless ways to be more environment-friendly”, “Sensitizing children towards environmental issues”, “Going green is good for your wallet”, “5 climate issues that could be as fatal as global warming”, etc.

The equinoctial Earth Day is an opportunity for brands to raise awareness, celebrate Earth, and invite actions. Talking about climate changes and it effects on our lives and vice-versa, as well as belting out tips to lessen carbon footprints will make the right noise online. 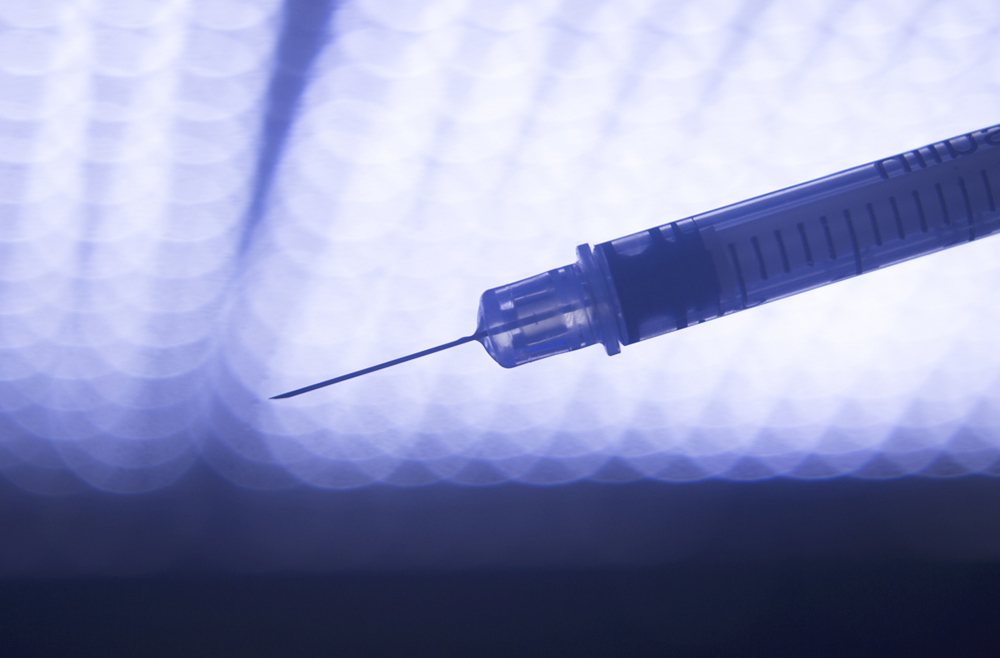 From CSR activities like pledging support to relevant charities to posting on the need for immunization, there are relatable points for brands to make during this week.

Posts like “How immunization promises a disease-free tomorrow”, “Countries with the best immunization rate and their current health scenario”, “5 reasons why you should consider immunizing your children”, will surely grab digital eyeballs.

The year marks the halfway mark in the Global Vaccine Action Plan and is a good time to throw light on the case of unvaccinated and under vaccinated populace worldwide. With the intent of raising awareness on the necessity of vaccines for a disease-free life, brands can talk about the diseases that immunization has lessened the incidence of and ones that immunization can prevent. 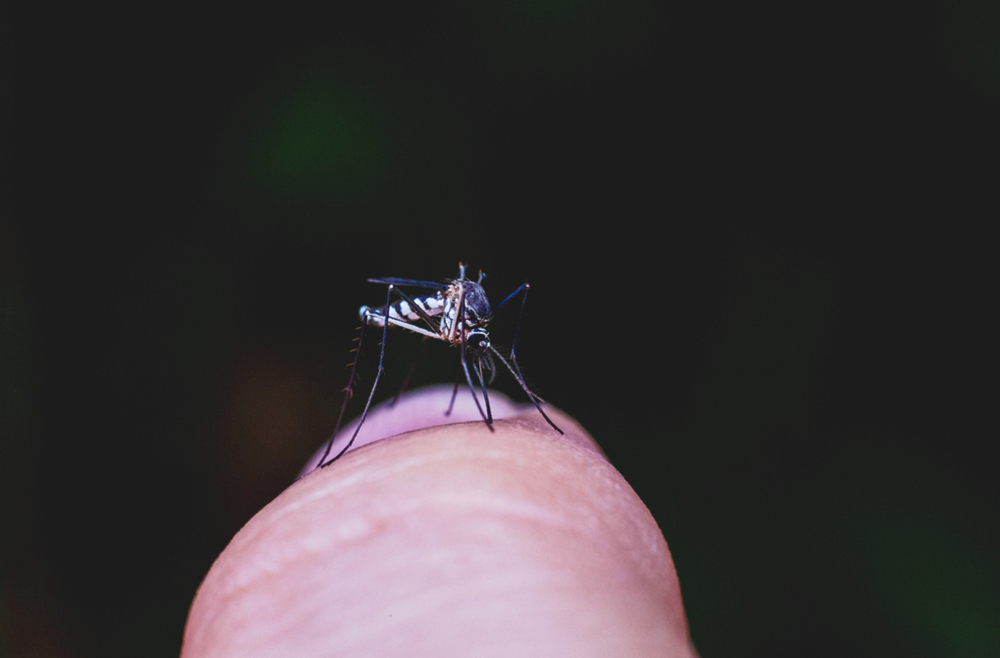 Leverage this day to talk about how the disease affects not just an individual but also its burden on a country. Content such as “Top 10 things every Indian must know about malaria”, “How to prevent malaria during peak summer”, “Do you know enough about how malaria is caused?” “4 ways to keep children safe from malaria”, and “5 ways to help malaria patients across the world” will be impactful.

One child dies of malaria every two minutes. The mosquito-borne disease, common to second and third world countries, is a major cause of concern and one that warrants immediate attention.

“There are more festivals than states in India, this only means we get more reasons to celebrate!” 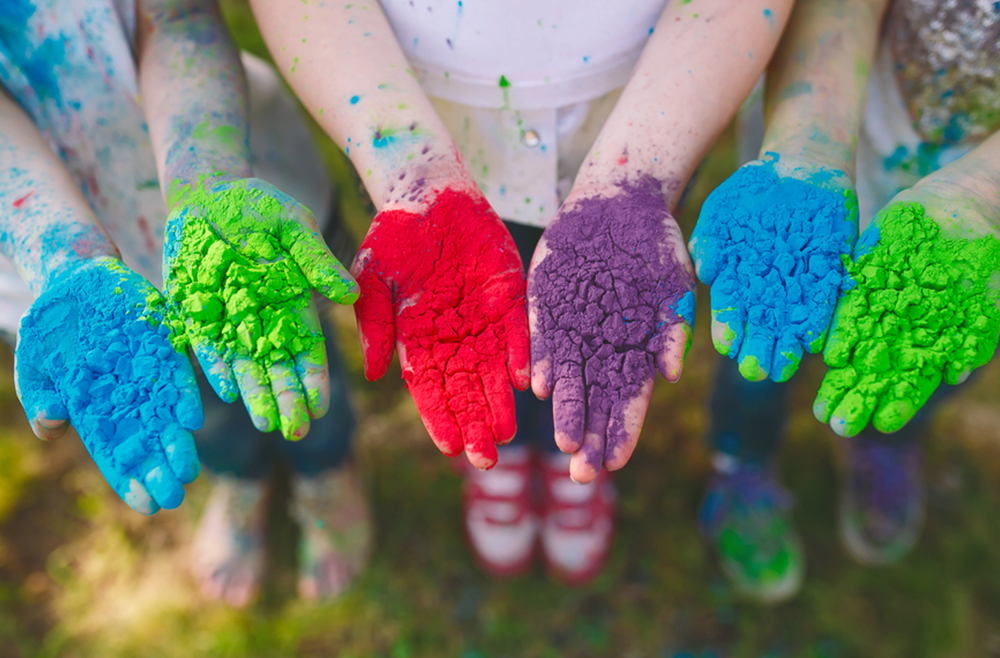 Ram Navmi (5th April) marks the birthday of Lord Rama and is celebrated with much gusto all over the country.

Easter, on 16th April, following a 40-day period of penance, celebrates the resurrection of Jesus Christ. Known for its Easter eggs and scrumptious cakes, brands can hide their own “Easter eggs” in social media posts, inviting readers to find them.

Rongali Bihu, celebrated from 14th through 16th April is an important festival of Assam. The agricultural festival marks the New Year and is celebrated with a lot of traditional music and dance.

Baisakhi 14th April is an important day in Punjab for multiple reasons. Besides ringing in the New Year, it also commemorates the founding of the Sikh brotherhood – the Khalsa.

All these festivals give brands an opportunity to talk about individual states, encourage tourism, publish recipes and outfit ideas, as well as speak about the rich and diverse culture India is home to.

Mopin Festival 5th – 6th April. Native to Arunachal Pradesh, the harvest festival celebrated by the Galo tribe is characterized by the worship of goddess Mopin. This is a fantastic opportunity for brands to shed light on a little-known Indian festival.

“Did someone say Beer Day?” 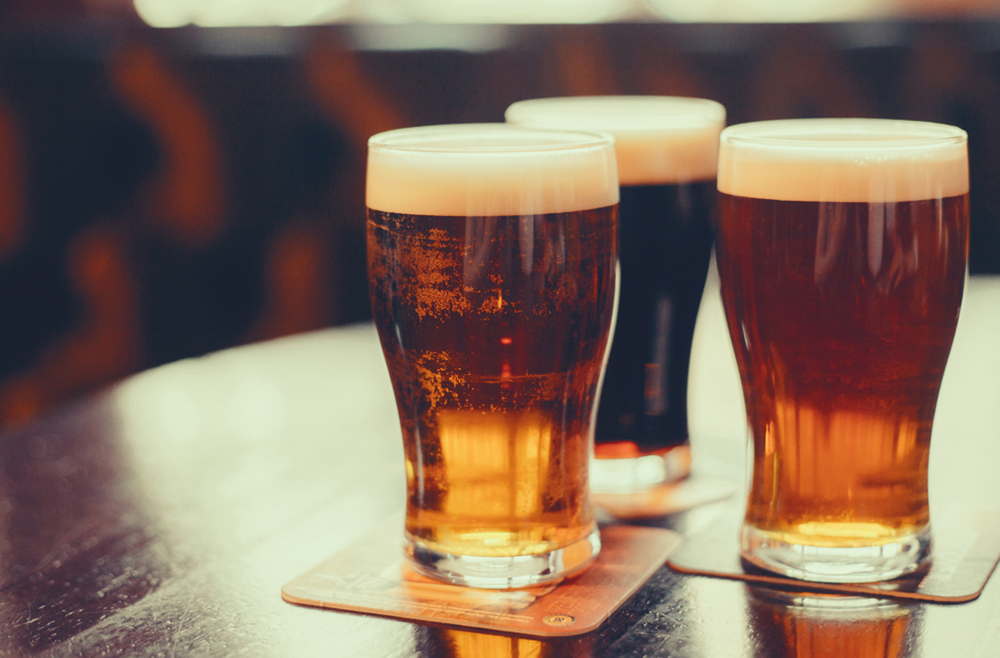 National Walk to Work Day 7th April – Pushing content on the health aspect of walking to work (unless you stay so far you’d lose 5 kg on your way there) as well as the impact it has on the environment is a good way to honor the day.

Wear your Pajamas to Work Day 16th April – Those crisp pinned shirts and those uncomfortable heels can take a hike! Ask employees to wear their favorite pajamas to work on this day. Take quirky pictures and post on social media, This will go a long way in humanizing your brand and adding a fun element to it.

National Beer Day 7th April – Not only an apt day to raise digital glasses to achievers and success stories but Beer Day is an opportunity to show your brand’s fun side. Invite readers to share their beer stories and favorite food pairings as well as encourage talks on drunk driving to gain good digital traction.

“Will I boast about it or roast it on Facebook?” 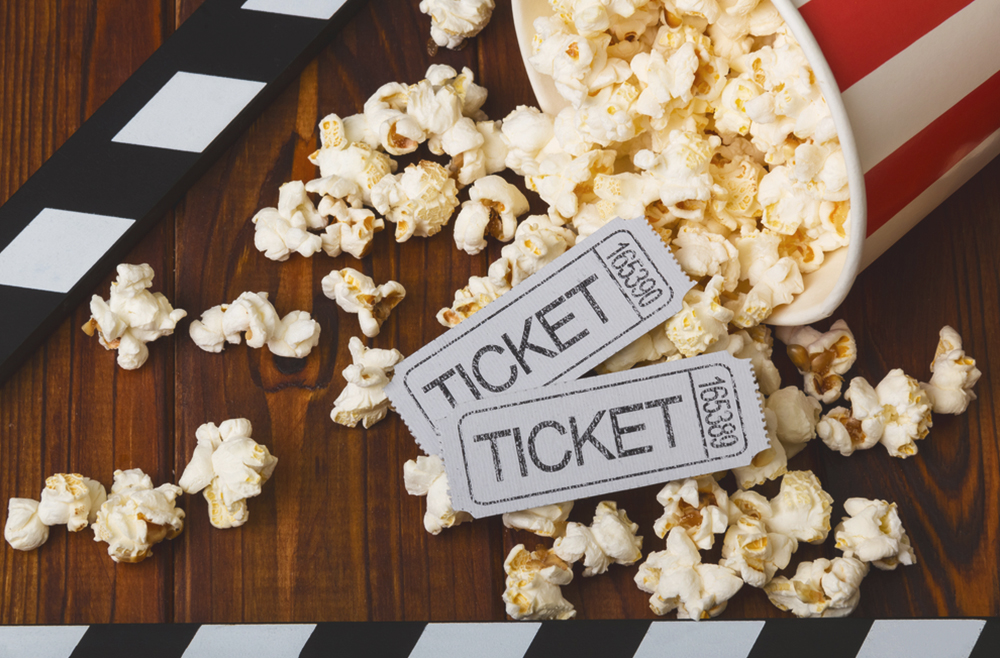 The Circle 28th April– Based on the bestseller by Dave Eggars, and with A-listers like Emma Watson and Tom Hanks, this thriller will surely be top of every moviegoer’s list.

Wonder 7th April – The movie revolves around a young boy with a face deformity trying to fit in at his new school. A beautiful movie about physical beauty and how we are all just the same underneath, this is a great opportunity for brands to speak on body image issues.

Sarkar 3 7th April – The third in the Sarkar series will see the original cast dance to the script of a political drama.

The Fate of the Furious 14th April– The latest in the Fast and Furious series will see the story unfolding in New York. 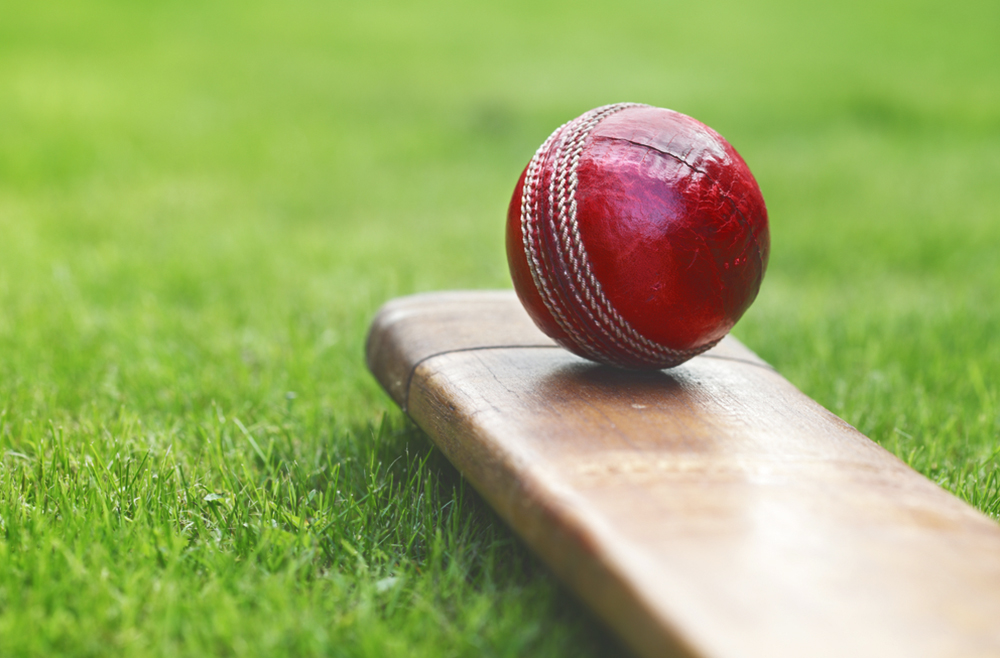 Snooker 15th April – 1st May. The World Championship will be held in Sheffield and would be a good alternative for the minority non-cricket-watching populace.

Formula 1, Chinese Grand Prix will be held at the Shanghai International Circuit on the 9th of April.

Searches around players, past matches and broadcast schedules surge, creating a lot of online buzz. There’s also an increase in searches around fashion and lifestyle since users are interested to know about celebrity sightings at matches, their fashion and fitness choices, etc. Feature content like “Will these players make a comeback?” or “Why you need to spend time watching Snooker” as well as live updates and post-match analyses will be greatly appreciated by the millions of Indian sports fans.

IPL 10 will kick-off on the 5th of April and continue till May. The annual extravaganza will have the cricket fans and the celebrity-struck populace following the event with bated breath. There’s a lot of content pegs for brands to post on, from match updates, congratulatory tweets, to celebrity sighting and who wore what to a game, it’s a field day for brands to do content marketing. 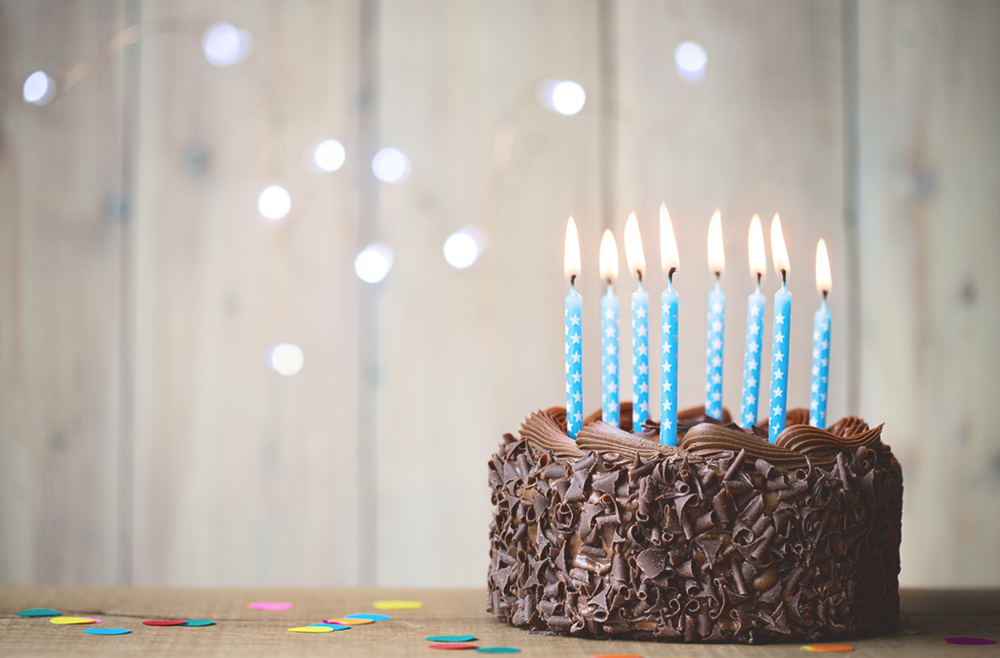 April brings with itself not just the scorching heat and pool parties but a ton of content ideas for brands to strike the right chord. From talking on important health and environment issues to letting your hair down with a glass of beer on fun days, the month comes loaded with opportunities.

Keep an eye out especially for IPL as it demands a very strong social media space and is a buzzing conversation for brands to jump into.