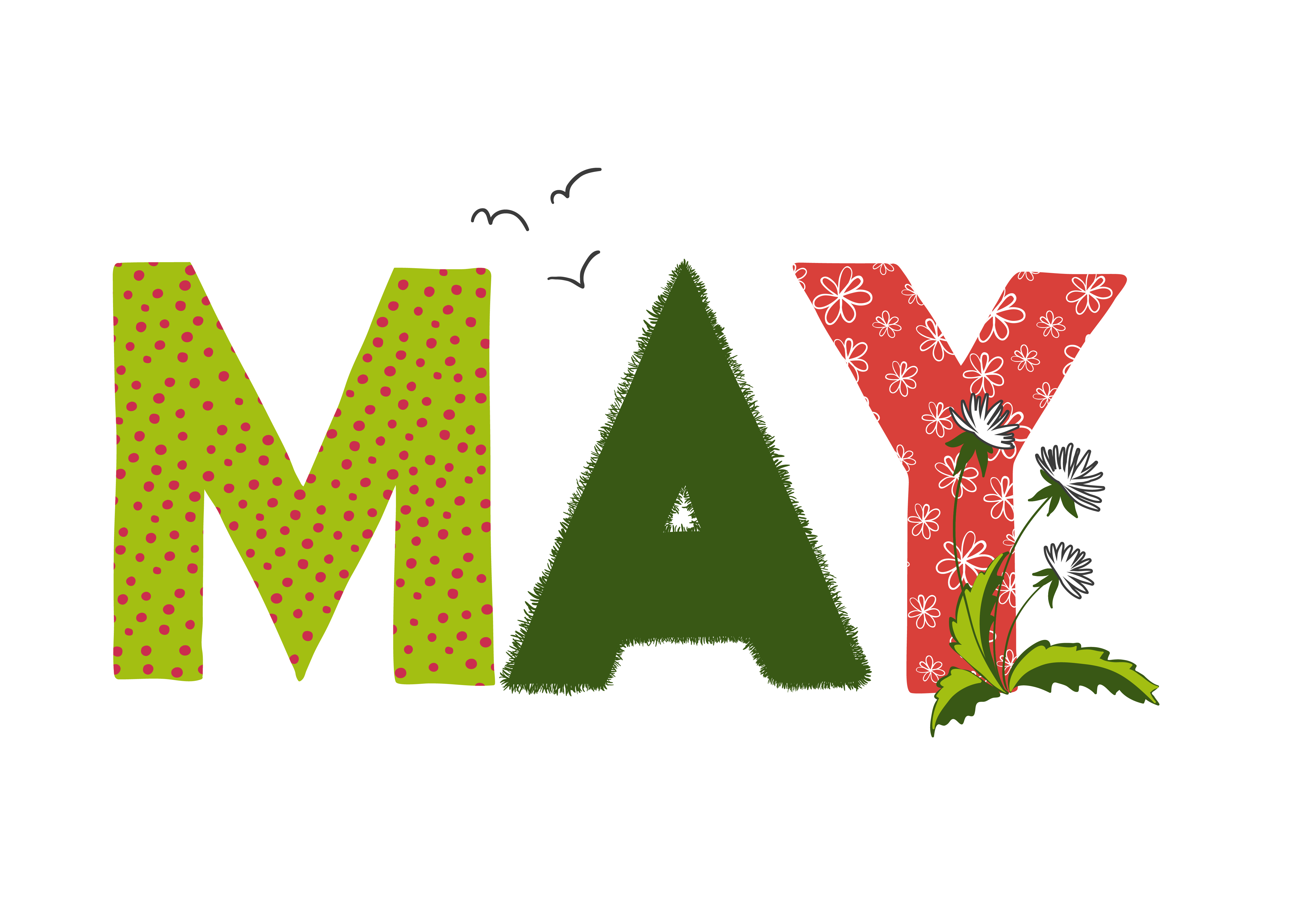 “The only type of fever to grip the entire country at once.”

From supporting your city in full gusto to defending your favourite cricketer on social media, you know it’s IPL season when your city-based identity comes out in full force. Each match offers power-packed entertainment, building up to the finals on May 21st. There is a lot that brands can do to ease themselves into these passionate conversations. From match moments to memes, keep social media buzzing with constant updates and match-related and cricketer-related facts. Topics such as “Who are our celeb’s rooting for this IPL?”, “Epic game time snacks”, “What to wear to an IPL match?” etc. will be well received. Digressing from the world of IPL to ODIs, Ireland, Bangladesh, and New Zealand will play each other from the 12th through the 24th May, while England will compete with South Africa on the 24th of May. Cricket is surely hot this summer. 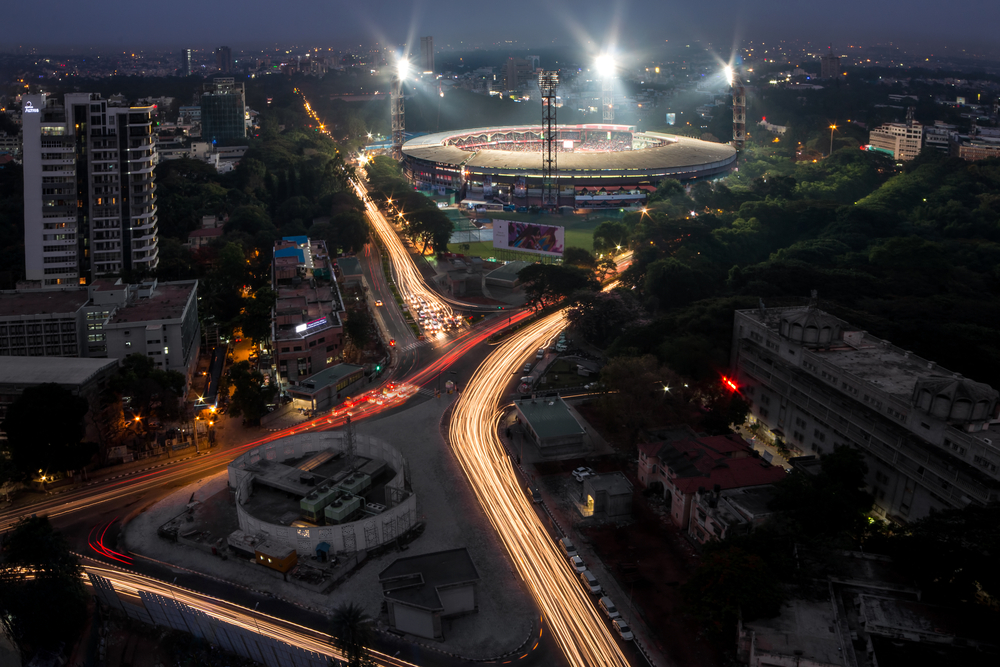 “Not just for kids.”

While the mercury soars and schools shut their doors, it’s time to plan for family vacations or just stay indoors devouring the idiot box and other screens all month long. This is the time when your audiences are looking for travel inspirations, summer recipes, staycation ideas, and overall, ideas on how to beat the unforgiving heat. Searches around travel destinations peak during this time. Therefore, it makes sense to push posts such as ‘Top 10 destinations that are perfect for this summer” “Sync your summer vacation trips with the ongoing IPL matches” “How to plan a budget trip to popular destinations” “Offbeat trips you ought to take with your kids”, etc. 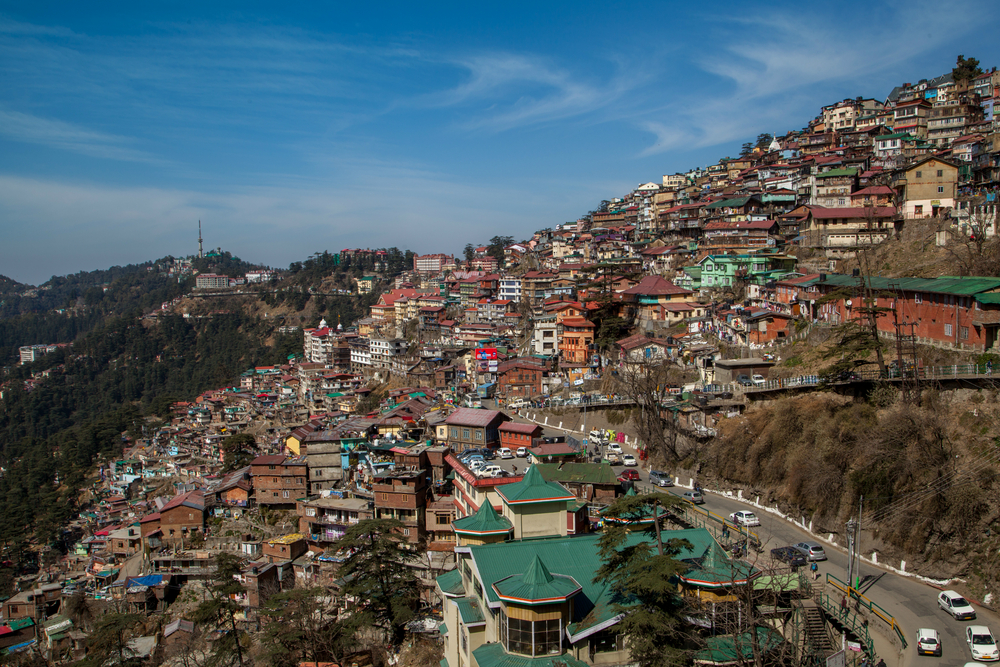 “When every breath is a struggle.”

With close to 20 million Indians suffering from asthma, World Asthma Day is a good time to spread awareness about this respiratory condition, as well as talk about its prevention and precautions. Educative posts on the symptoms of asthma, predictive and preventive approach to asthma management, available treatments and their costs, how the precariously rising levels of pollution in certain Indian cities increase the chances of asthma, etc. would create a buzz online. Additional content ideas: “What should be in your asthmatic kid’s emergency kit?” “Are your lifestyle choices increasing your chances of getting asthma?” and “Are you safe from asthma within the four walls of your home?” 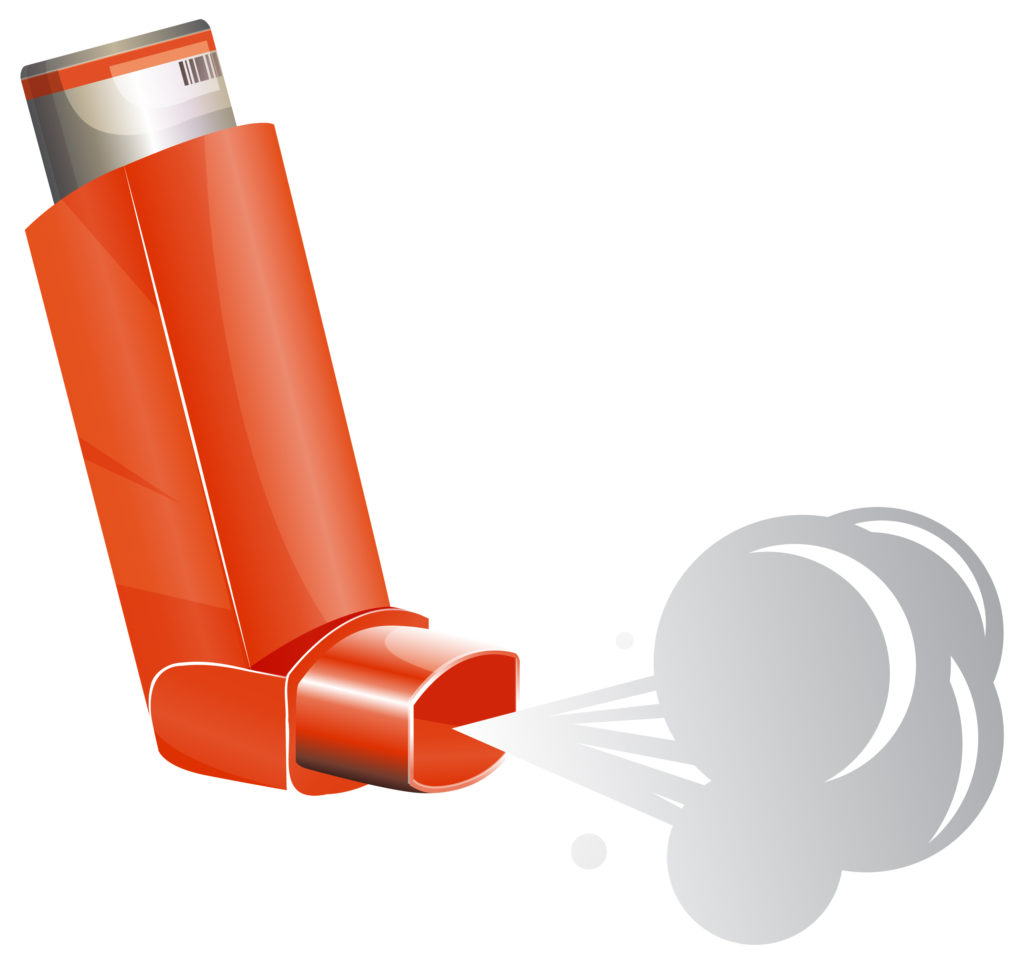 The birth anniversary of noted scholar and noble laureate Rabindranath Tagore clashes with the 25th day of Boishakhi, popularly known as Poncheeshee Boisakh. This day is celebrated with much fervour, especially in Kolkata and Shantiniketan, with cultural programs and singing of Rabindra Sangeet. Engaging conversations around Tagore’s contribution to literature & music, quotes from his more popular works, excerpts from his powerful speeches like the one at Berlin’s modern-day Humboldt University and lesser-known facts about the legend are great content marketing opportunities. Interactive content on social media, contests like “How well do you know Tagore?” with questions such as “Name the two countries’ national anthems were written by Tagore?” are positive ways to join the celebration. 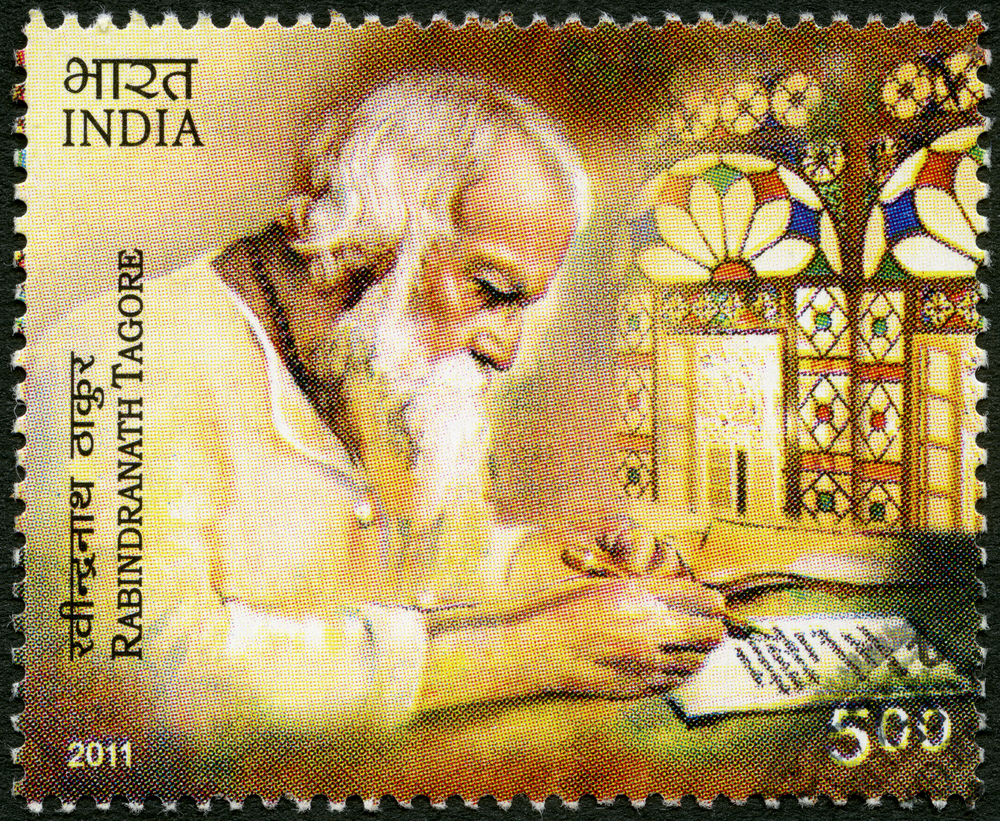 The fourth UN Global Road Safety Week focuses on ‘speed’ and its contribution to road accidents with this year’s theme being #SlowDown. While drunk driving still dominates as a leading cause of road accidents, a large number of deaths caused can be attributed to speed. In the light of India’s chaotic roads, lack of respect for traffic rules and poor enforcement, brands can underscore the need for road safety in many positive ways. Content topics such as “Safety rules you may be breaking”, “Hot roads and summer care for your tyres”, “Technology to help you be a better and safer driver” etc. will help enable your brand plug into the conversation. 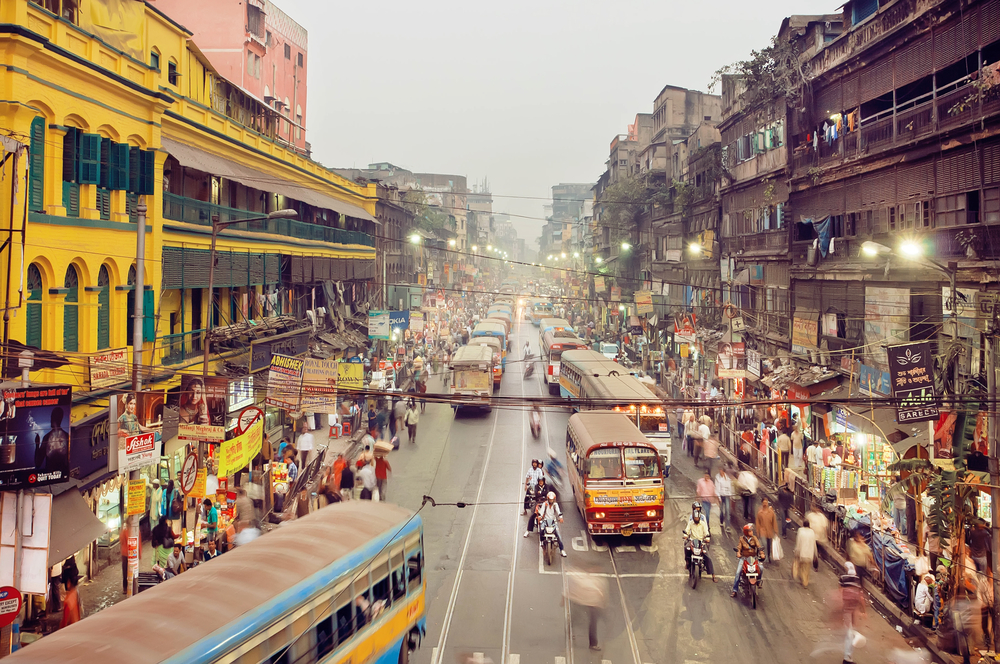 #NationalTechnologyDay isn’t just observed to celebrate India’s advancement in technology and commemorate the Pokhran nuclear test done on the same day in 1998, but it is also the day when the country reached multiple technology-related milestones: From testing of India’s first aircraft Hansa to successful test firing of Trishul, India’s first short-range missile. Brands can join the conversation and push content such as ‘How will technology affect our lives in the next twenty years?” “Are we living in a technology-enabled or controlled world?” “5 Ways to your kids can get their grandparents interested in technology” “The 15 most significant advantages technology driven businesses have” joining in the national celebrations. 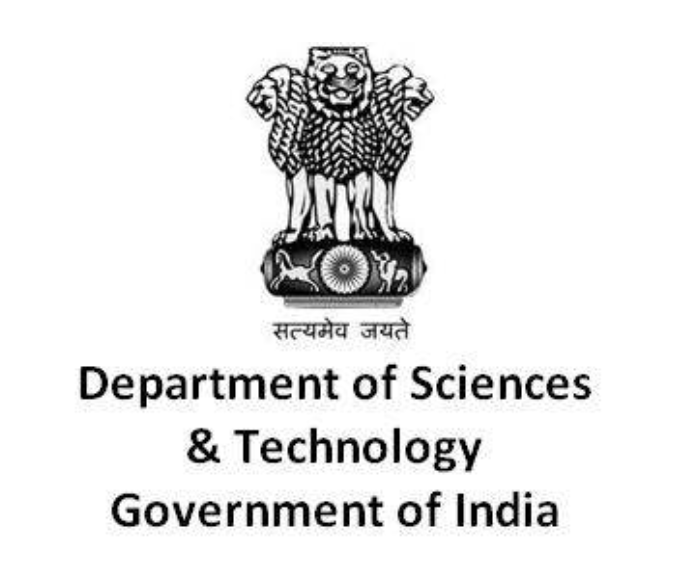 “Nurses; because doctors need heroes too.”

If doctors are the brains behind treatments, nurses are the hearts. Unfortunately, they aren’t shown the right amount of appreciation for the love, care, and hard work they put in. Ever heard of the best nurse in your city? International Nurses Day, celebrated on Florence Nightingale’s birth anniversary, is a fantastic opportunity for brands to appreciate the nurses’ contribution to healthcare and rehabilitation. The theme for 2017 is ‘A voice to lead: Achieving the Sustainable Development Goals.’ Raising awareness about the profession as well as the contribution of its members towards sustainable development goals will make for an interesting read. Content ideas: “A day in the life of a nurse”, “5 Things nurses wish you’d do”, “What to study to become a nurse?”, “Are robotic nurses the future of healthcare?” “A touch is worth a thousand pills: How my nurse helped me fight my toughest battle”, etc. 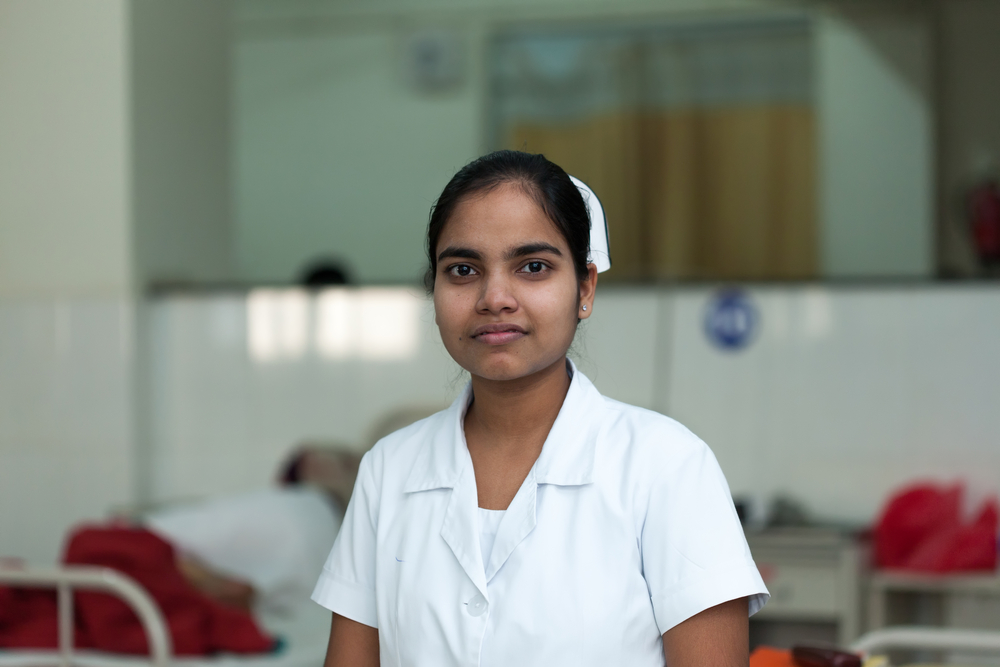 “Will Aishwarya Rai’s lip colour be the butt of every internet joke this year as well?”

The Cannes film festival has, over the years, become a significant film-related event for Indians as well. Whether it is the appreciation, Bollywood films get abroad or the consistent star presence, this film festival has the global movie industry’s who’s who coming out to promote their films; some even making their world premiere. Decidedly, this is an important event in the entertainment and fashion world, so, there will be a lot of buzz on the internet. Brands can leverage that with posts such as “Festival de Cannes over the years” “Epic moments from Cannes” “Bollywood movies that got a standing ovation at Cannes” “The most anticipated films at Cannes 2017”, “Talented actors who were discovered at Cannes”, “Best and the worst dressed at the 2017 Cannes Film Festival”, “How to put together a Cannesworthy outfit,” etc. 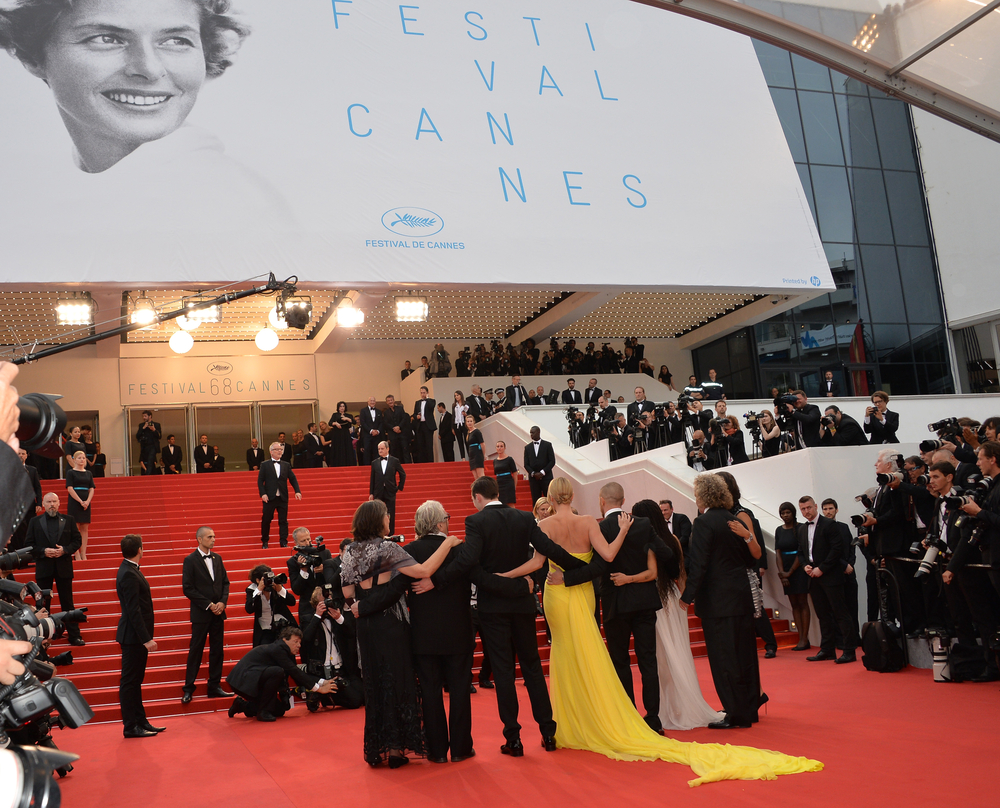 “Let’s refrain from choking our lungs and the Earth with smoke.”

In an attempt to promote at least a day of abstinence from tobacco products, this day is perfect for brands to showcase relevant CSR activities and speak about the ‘No Smoking’ rules at their respective workplaces. With 90% of smokers having tried their first cigarette by the age of 18, brands can use this day to speak about how to deter youth from taking up this detrimental habit. Topics such “12 Ex-smokers’ tips for quitting smoking”, “Lifestyle changes that help kick the tobacco addiction”, “How to deal with someone going cold turkey”, “What to do when the cigarette craving kicks in”, etc. will generate traction in the digital space. 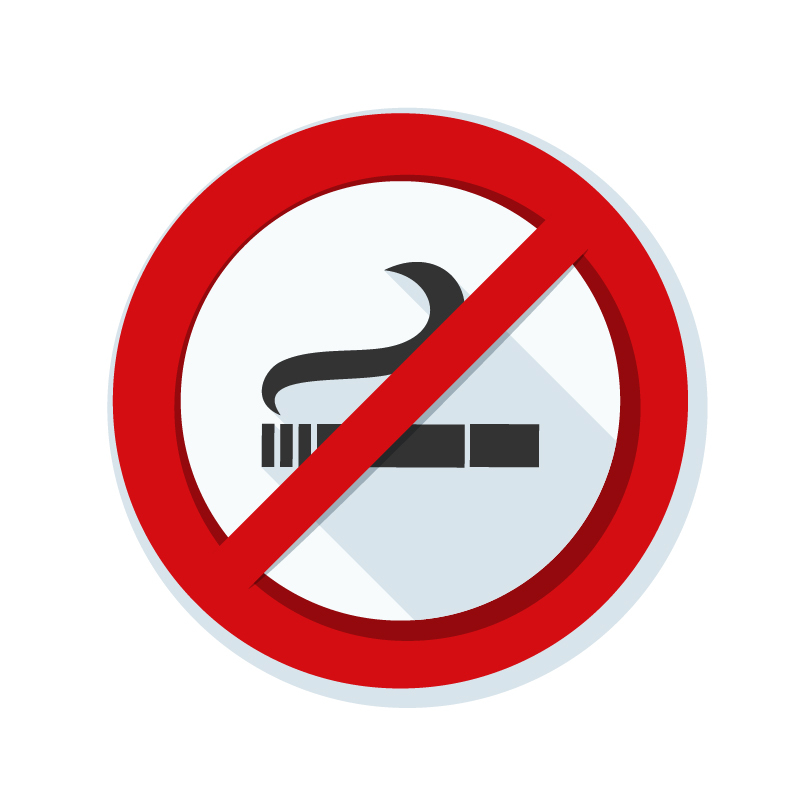 The month-long fasting season for Muslims kicks off on May 27th this year. Muslims believe the holy month of Ramadan is essentially celebrated to make people empathetic towards the needs of the underprivileged, and is it also the time to make charitable contribution as commanded in the Holy Qur’an. Searches around recipe ideas, timings for prayers, seheri (the morning meal before starting the fast), and iftaar (the evening meal with which the fast is broken), and even Eid outfit ideas go up. Brands can push content like “Why is Ramadan celebrated?”, “The best iftaari dishes and their recipes”, “A listing of charities and causes” etc. 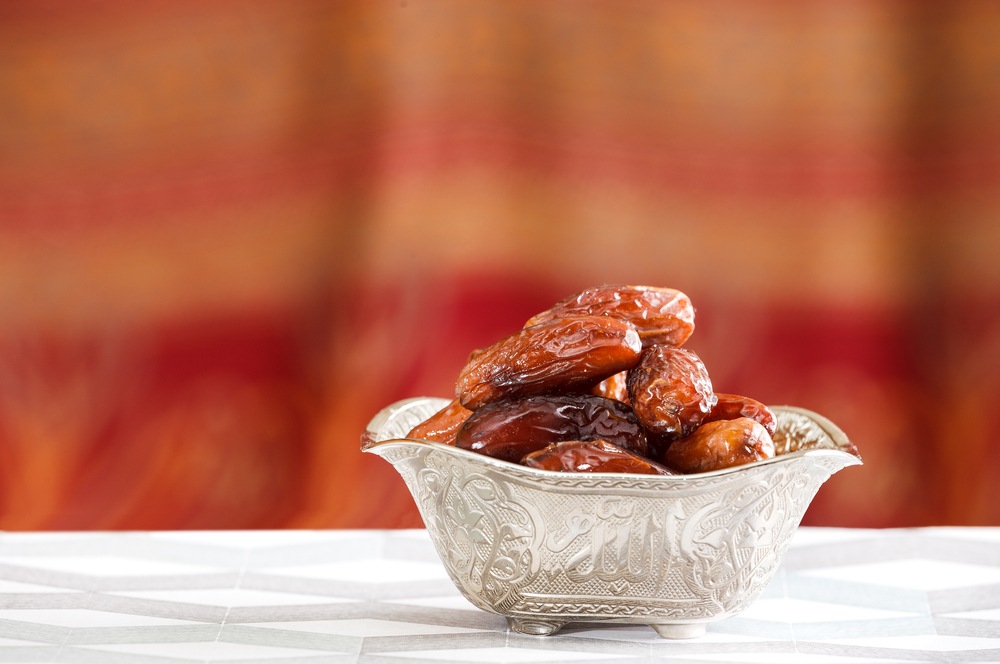 “Who’s playing this May?”

Champion’s League Semi-Final – The first and second leg of the semi-finals will be held from May 2nd – 3rd and May 9th – 10th respectively. Europa League Semi-Final and Final – The first and second leg of UEFA Europa League semi-finals will be held on the 4th and 11th of May respectively, while the finals will be held on the 24th of the month. Emirate FA Cup final May 28th – Gear up for some adrenaline-filled football at the Wembley Stadium. EFL Championship Play-Off final to be held on May 29th . Searches around players, past matches, and broadcast schedules surge, create a lot of online buzz. Content ideas: “Anatomy of a football fan” “Things never to say to an ‘X’ club fan” “How to stay calm when your team is losing?”

Formula 1 Spanish Grand Prix – Scheduled to be held at the Circuit de Barcelona-Catalunya, with its meandering corners, spectators can expect a weekend full of thrilling race moments through May 12th to 14th. Monaco Grand Prix – A race in Monte Carlo is always worth a watch. Let’s see who follows in the footsteps of Graham ‘Mr. Monaco’ Hill’s footsteps this year, from May 25th – 28th. Feature content such as “Did you know these Formula 1 facts?” “48 hours in Monaco” as well as live updates and post-match analyses will be greatly appreciated by millions of F1 fans. 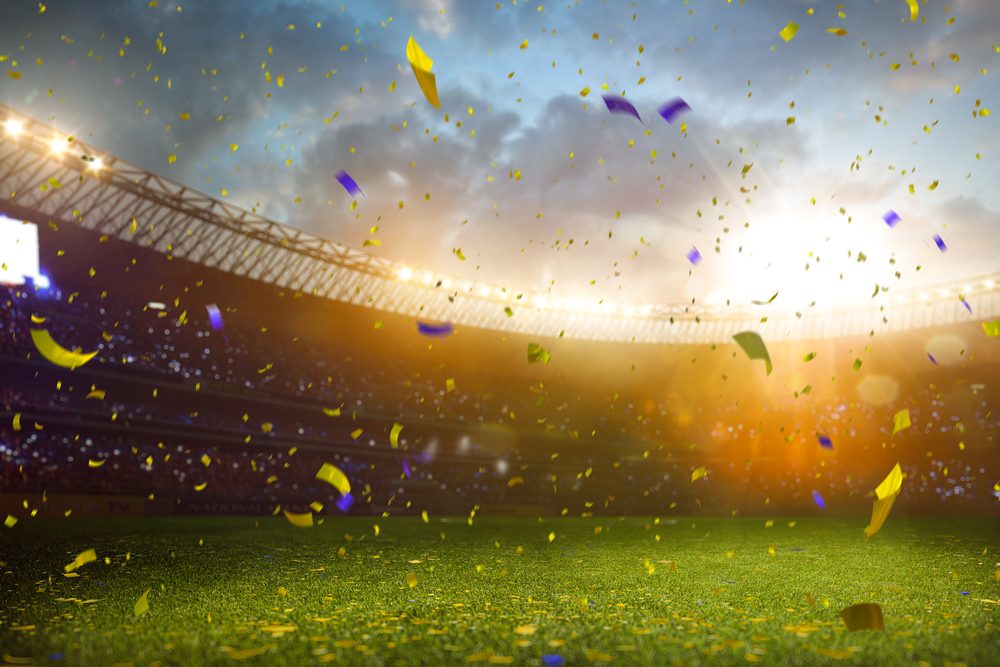 “Will I boast about it or roast it on Facebook?”

Guardians of the Galaxy Vol. 2 May 5th – The much-awaited sequel will continue with the adventure to discern the parentage of Peter Quill.

Diary of a Wimpy Kid May 19th– Watch as Greg’s family trip goes haywire in his attempt to become famous.

Alien Covenant May 19th – The second chapter of the prequel trilogy will see Ridley Scott returning to the universe he created. Follow the Covenant’s journey into deceptive uncharted paradise.

Half Girlfriend May 19th – Based on the eponymous book by Chetan Bhagat, this movie will see a good crowd flock to the theatre for some light-hearted cinema.

Sachin: A Billion Dreams May 26th – Sachin Tendulkar’s biopic will be the talk of every office discussion as well 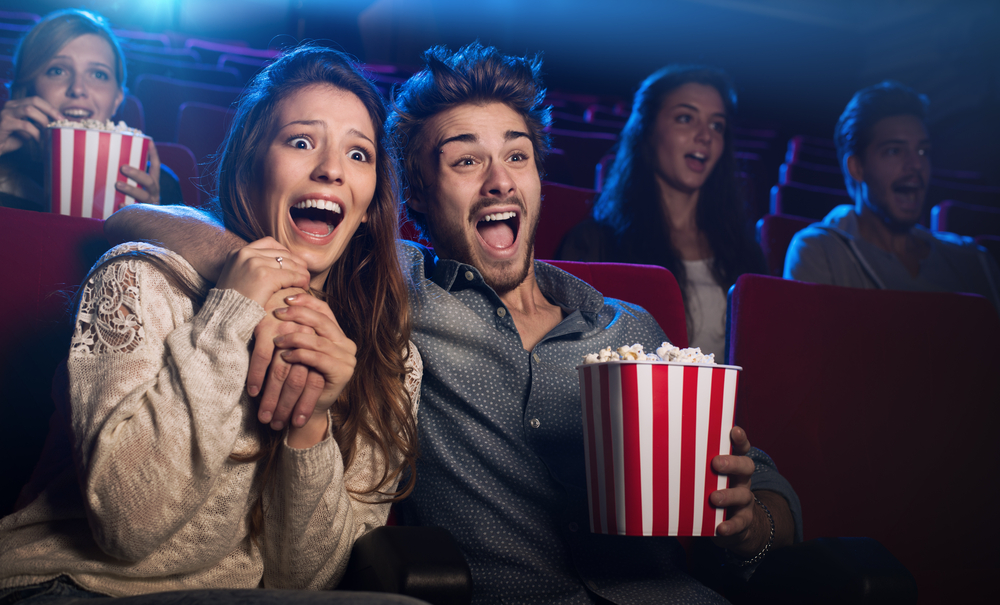 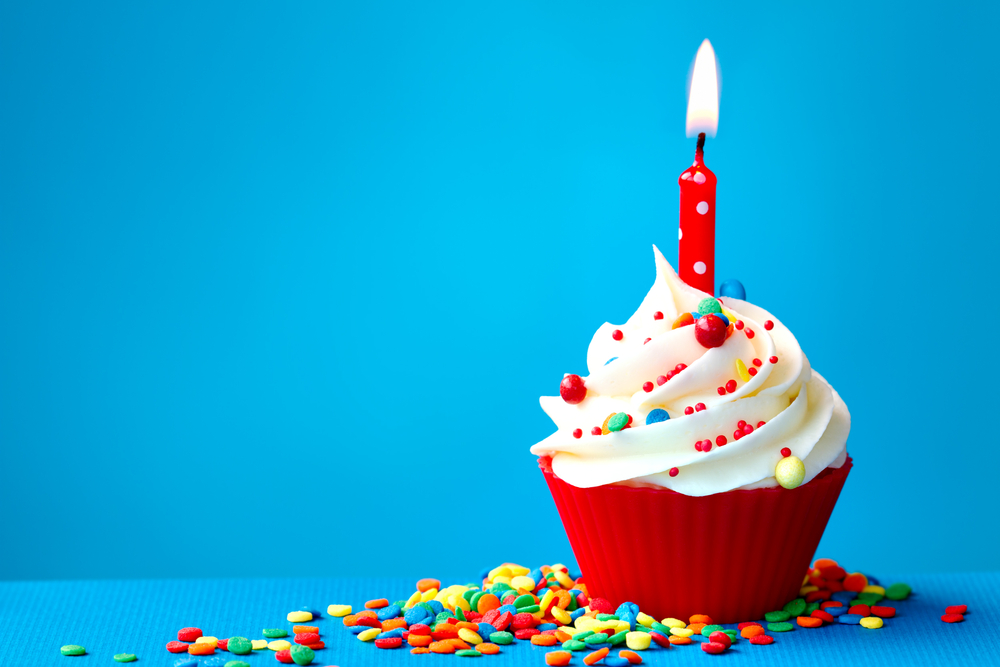 Parting Words As the month of scorching heat and delicious mangoes approaches, brands can reach out to a very receptive and tuned in audience (provided you are saying things they are interested in). These well-researched editorial ideas and likely trends will make sure your brand your brand always has something to say. #EngageUnfoolishly