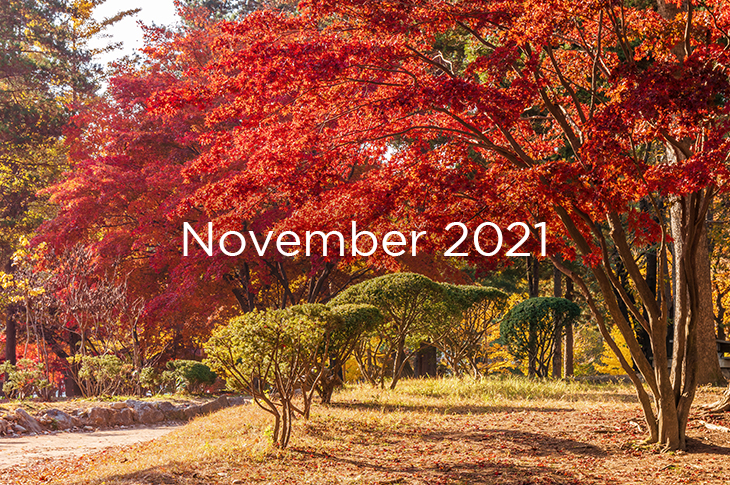 November 2021 is a mix of chilly and sunny, the type of weather that inspires a hopeless romantic to go poetic and a traveler to set out on new adventures. It’s cold in most places, and the air is fresh and crisp. With festivals lined up and the year nearing its end, the vibe in November is relaxed yet upbeat. From Children’s Day to Diwali, the month is exciting with plenty of content marketing opportunities.

Following an action-packed month of IPL 2021, ICC T20 World Cup 2021 is here to keep you entertained. It is an ideal opportunity for brands to start a conversation around sports and engage with their audience. 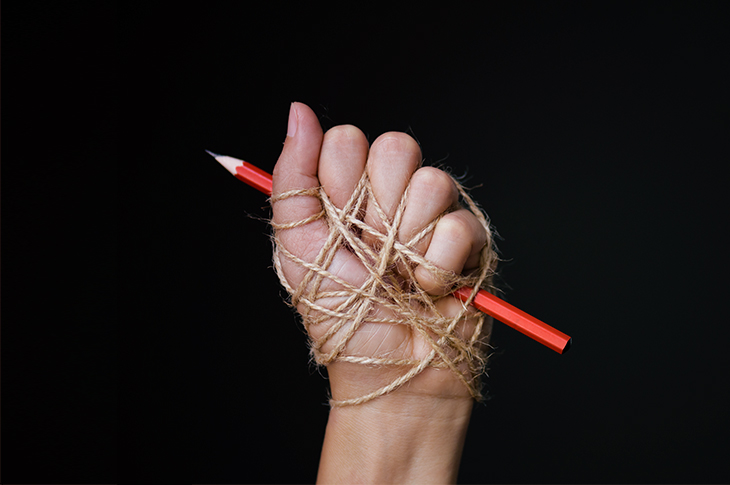 Journalists throughout the world strive for media freedom. However, they have to pay a heavy price where such freedom is not realized. According to the Committee to Protect Journalists, nearly 600 journalists and media workers have died in the last decade, an average of one every five days. According to the UNESCO, approximately 9 out of every 10 deaths are still unsolved.

In response to the rising awareness of the dangers and lack of justice for media workers worldwide, the United Nations General Assembly has designated November 2 as the International Day to End Impunity for Crimes Against Journalists. This day draws attention to how impunity harms society and undermines democracy by hiding human rights violations and corruption. 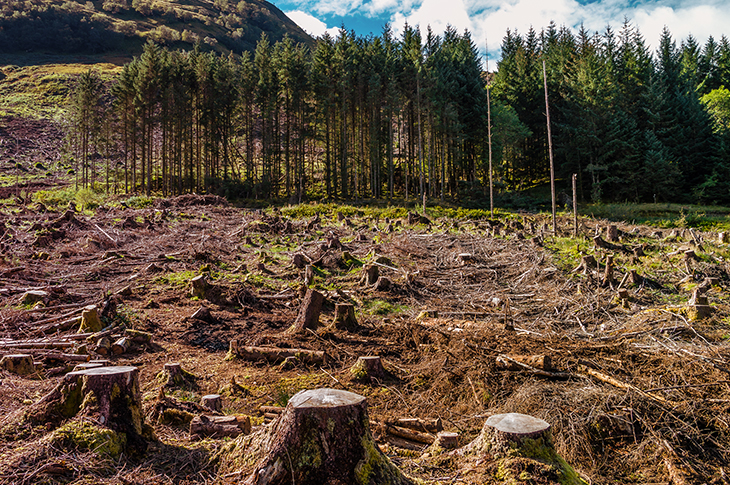 Though humanity has historically tallied war losses in terms of the number of dead and injured, and towns and livelihoods destroyed, the environment has frequently gone unnoticed. According to the UNEP, at least 40% of all internal battles over the past 60 years have been linked to exploiting natural resources, whether it’s valuable resources like timber, gold, diamonds, and oil, or limited resources such as fertile land and water. As a result, the UN General Assembly designated 6 November as the International Day for Preventing the Exploitation of the Environment in War and Armed Conflict. 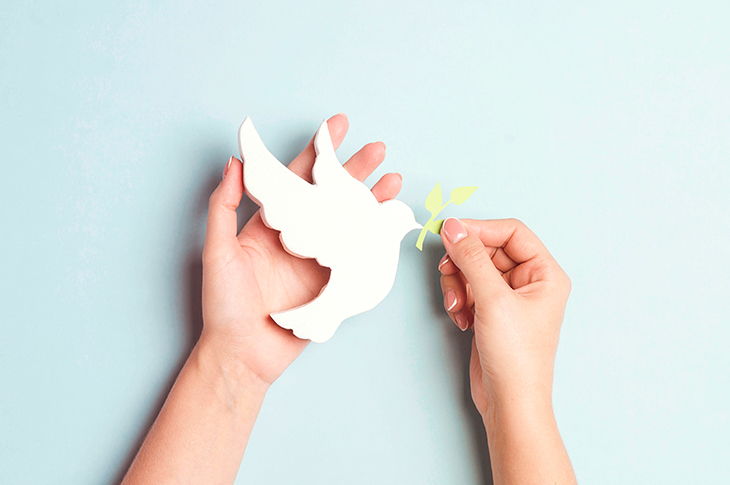 World Science Day for Peace and Development emphasizes the importance of science in society and engaging the general people in discussions about tackling scientific challenges. It also highlights the significance and relevance of science in our everyday lives.

This day seeks to keep individuals informed about scientific advancements by bringing science closer to society. It also underlines the importance of scientists in helping us understand the beautiful, fragile planet we call home and in making our community more sustainable. 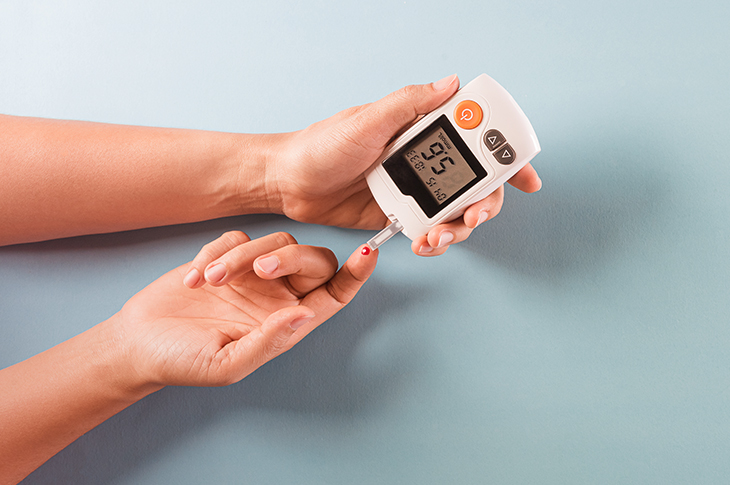 With diabetes affecting around 11.8% of the Indian population, this day is undeniably relevant. Diabetes is the root cause of many hazardous health concerns, and raising awareness is the key to addressing these problems.

World Diabetes Day, which encourages talks about health, wellness, and disease prevention, provides an excellent chance to become aware of the disease and to take due precautions.

1) Aashirvaad invited customers to participate in a 21-day fitness Aashirvaad Sugar Control Challenge, which saw participants strive for a healthier lifestyle, in affirmation of the campaign’s goal.

2) This video by Narayana Health aims to raise awareness about diabetes and its signs, and urges viewers to get themselves tested if they notice any symptoms. 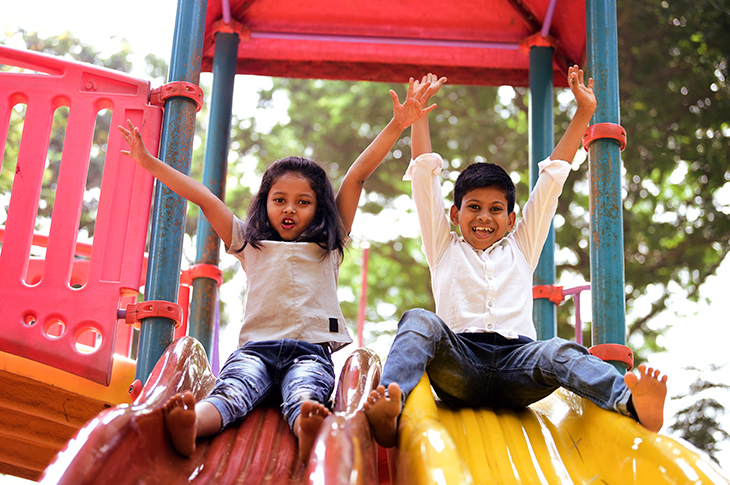 Every year on November 14, India celebrates Children’s Day, also known as Bal Diwas. The day honors India’s first Prime Minister, Jawahar Lal Nehru, who was born on 14 November 1889. Due to his love for children, Nehru was often called as Chacha Nehru or just Chachaji. Nehru’s dedication to the welfare, education, and development of children and young people is remembered on this day.

1) This brand campaign by Softlogic Life urges parents to let out their inner child for at least 10 minutes every day, in an attempt to improve their child’s as well as their own mental health.

2) This brand campaign by BYJU’s celebrates every child’s desire to learn and how they have adapted to the new routine amid the pandemic without losing their creativity and curiosity. 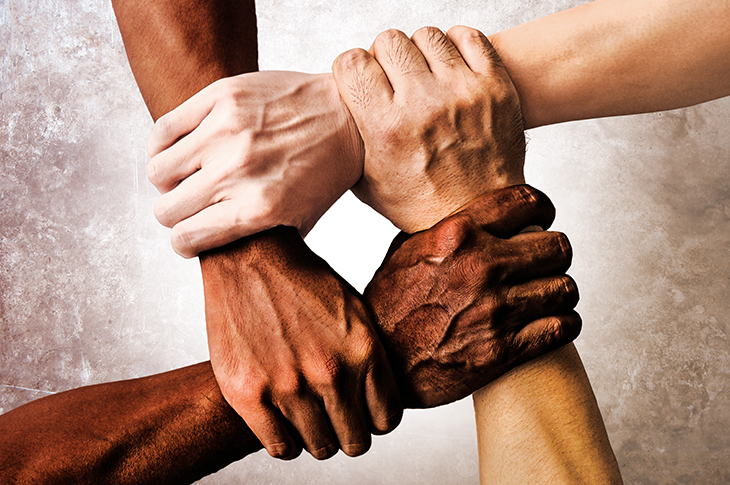 International Day for Tolerance is celebrated to encourage awareness and faith in human rights and promote equality and diversity. Supporters of this day believe that everyone has the right to express themselves, their views, and their conscience without fear of bias or mockery. It also emphasizes that an individual’s ethnic or religious origin has no bearing on their ability to tolerate and befriend others.

This brand campaign for Etihad Airways conveys the message that, while we all come from various places and have different stories to tell, we are one family, and our diversity is what makes us strong. 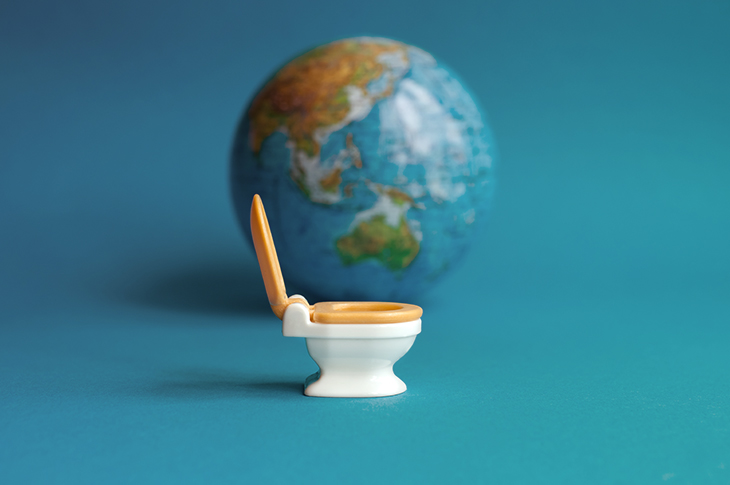 World Toilet Day appears to be an unusual choice for a holiday and more of a joke, yet the day is far from being trivial or amusing. Broadly, it aims to bring attention to diverse sanitation issues worldwide and work for their solution.

Even though access to decent sanitation has been recognized as a fundamental human right, one in every four individuals worldwide do not have regular access to a toilet. But even among those with access, filthy and dangerous toilets pose many issues, including the spread of numerous diseases.

This brand campaign by Harpic Pakistan celebrates the heroes who have helped keep our homes clean and hygienic and highlights the importance of providing equal opportunity to all. 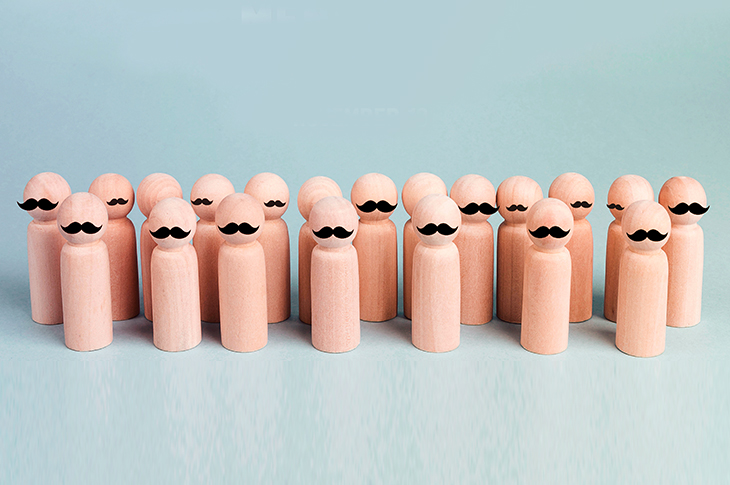 International Men’s Day is observed to raise awareness about men’s mental health and highlight the men who are making a difference. The emphasis is on getting men to talk about their mental health. This day is about more than just recognizing men’s existence. Instead, it is about identifying and addressing the structural challenges that undermine the male gender and the masculine stereotypes.

Constantly being urged to “man up” or “be strong” frequently means that men do not feel comfortable discussing concerns or problems weighing on them. The goal of International Men’s Day is to promote awareness of the challenges that men face.

This brand campaign by Standard Chartered Bank shows what it means to be a man at various stages of life. It encourages us to learn, understand, act, and support the men in our lives so that they can truly be themselves. 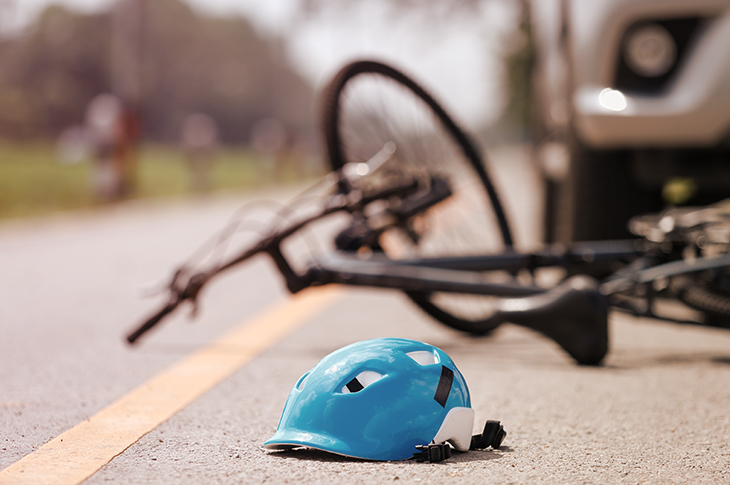 The World Day of Remembrance for Road Traffic Victims is observed annually on the third Sunday of November to remember individuals killed or wounded on the road, as well as their families, friends, and others who have been affected. It is also a day to applaud emergency services and reflect on the enormous weight and expense of this ongoing daily tragedy on families, communities, and countries, as well as attempts to stop it. 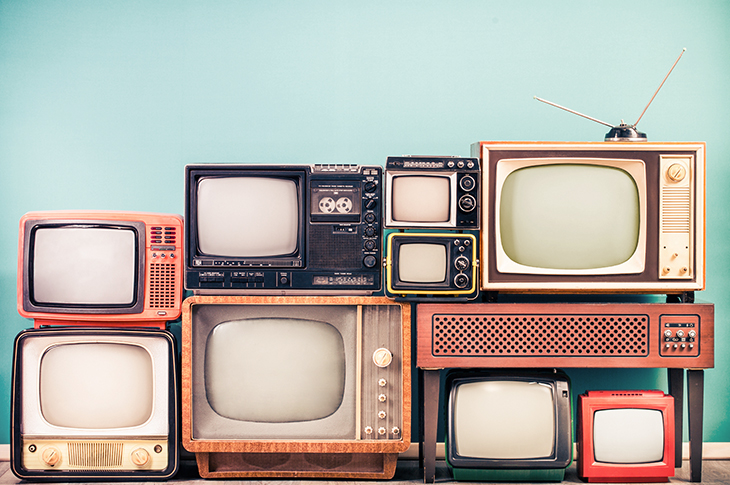 The United Nations hosted the inaugural World Television Forum in the mid-1990s, and it was from this gathering that World Television Day was born. The event brought together key individuals from the media business to examine the rising influence of television on decision-making and public opinion on global issues of peace and security.

This brand campaign by Tata Sky celebrates the amazing and ever-engaging characters all of us grew up with – from the jovial Popatlal of Taarak Mehta Ka Ooltah Chashmah to Tulsi of Kyunki Saas Bhi Kabhi Bahu Thi. This is where we shed tears of happiness when our cricket team won international matches. This is where it all happened. 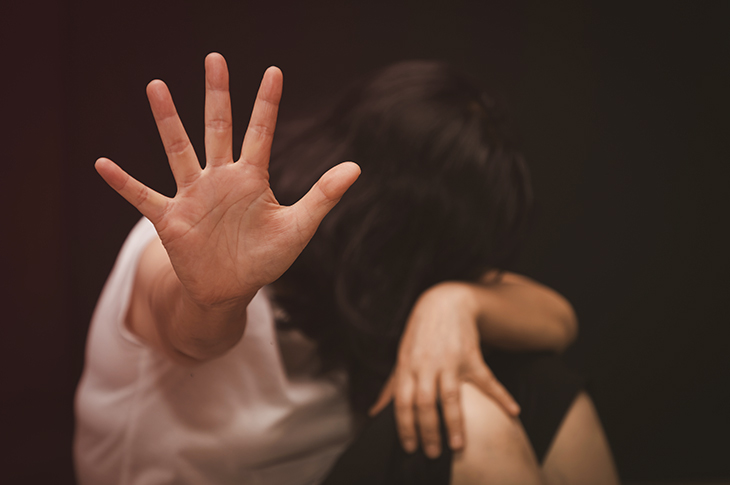 The United Nations designates November 25 every year as International Day for the Elimination of Violence Against Women to promote public awareness of gender-based violence worldwide.

Gender-based violence knows no bounds in terms of social or economic status. It exists in all countries, among wealthy and poor alike, and affects all socioeconomic categories. It is a global pandemic that is firmly entrenched in gender inequity and violates human rights.

This brand campaign by Microsoft raises awareness about violence against women and encourages everyone to make sure it doesn’t happen to anyone.

Every year on 30 November, the UN marks the Day of Remembrance for all Victims of Chemical Warfare to pay homage to the millions of lives lost around the world due to chemical warfare. Chemical warfare has a traumatic history that stretches back more than a century. During World War I, deadly chemical weapons were used extensively. More than a million people were killed and millions more were injured in varying degrees. Unexpectedly, no chemical weapons were deployed during World War II. Recognizing the enormous extent of the loss of life and property caused by the aftermath of chemical warfare, several countries realized that it was time to enforce a total ban on such weapons. 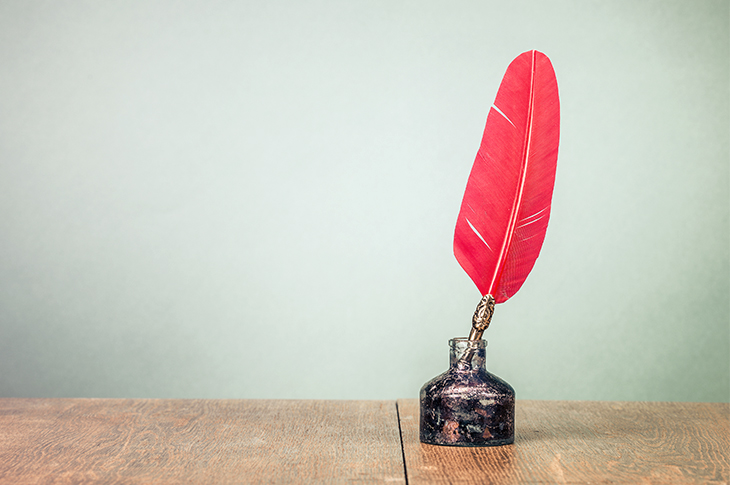 Everyone is full of stories. Each of us has a tale to tell, but we never seem to find the time to share them. There is always too much work, the mood isn’t right, the narrative isn’t there, or one doesn’t feel they are good enough. Procrastination is the great destroyer of artistic expression. National Novel Writing Month, often called NaNoWriMo by its supporters, is your chance to unleash your inner storyteller. This month puts an end to excuses by urging everyone to utilize this one month of the year to practice the magnificent art of storytelling. 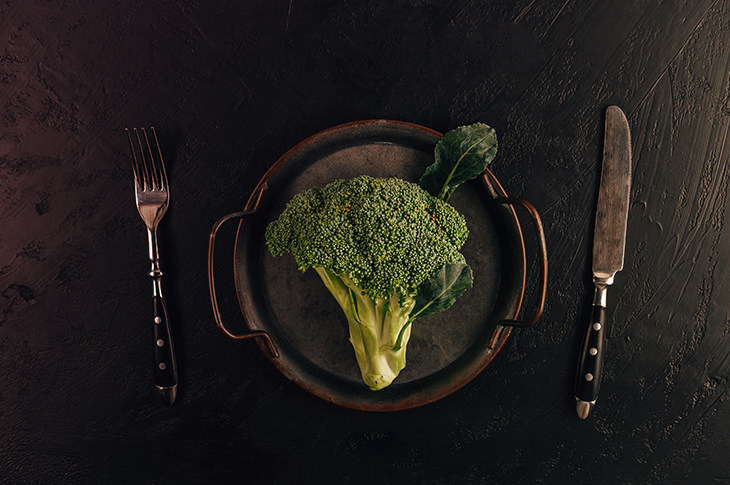 World Vegan Month celebrates the growing global movement that condemns any acts of evil and needless violence towards animals and the earth. Members range from those who refuse to consume or wear anything produced from animal meat or skin to those who actively advocate against these practices in any manner. It is also a time to raise awareness on how a meat-free diet is healthier for the body and better for the environment.

With the arrival of November, social media sees a surge of selfies by men worldwide; first with a clean-shaven face and later with facial hair that grows bushier as the month passes. You’ll also probably observe a lot of people flaunting their unique mustaches.

Yes, it’s Movember, also known as No-Shave November. Movember is a charity that raises awareness of prostate and testicular cancers, and mental health and suicide prevention. Participants collect money by growing a mustache. 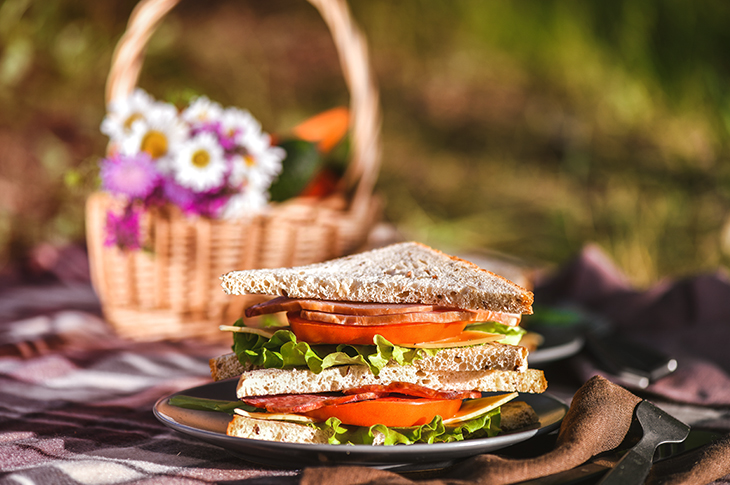 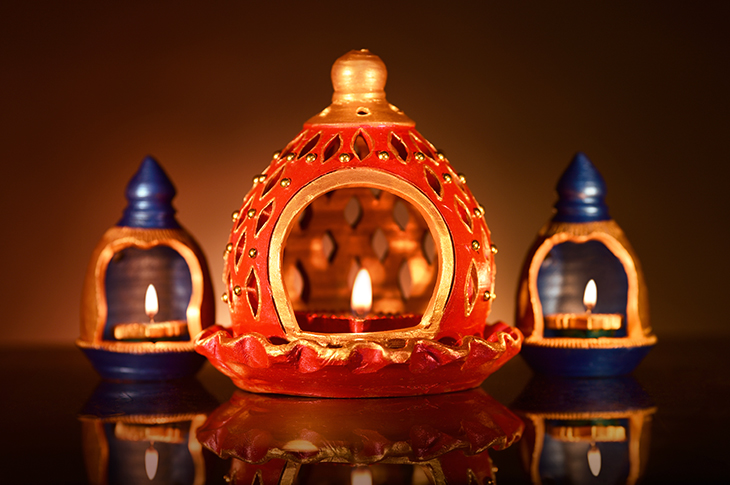 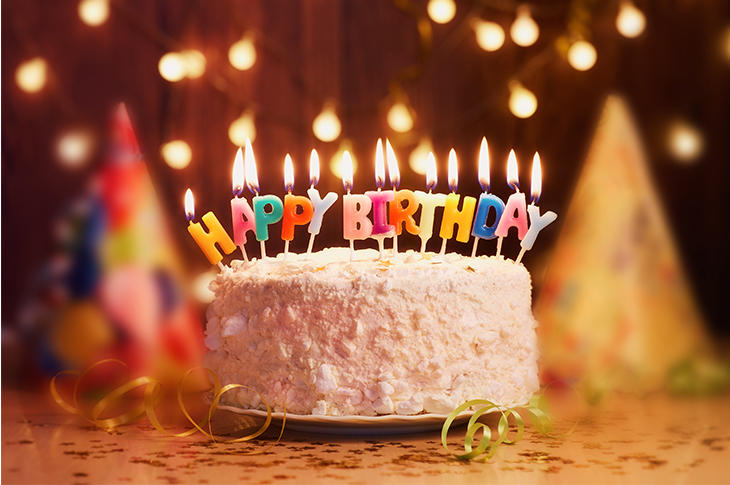