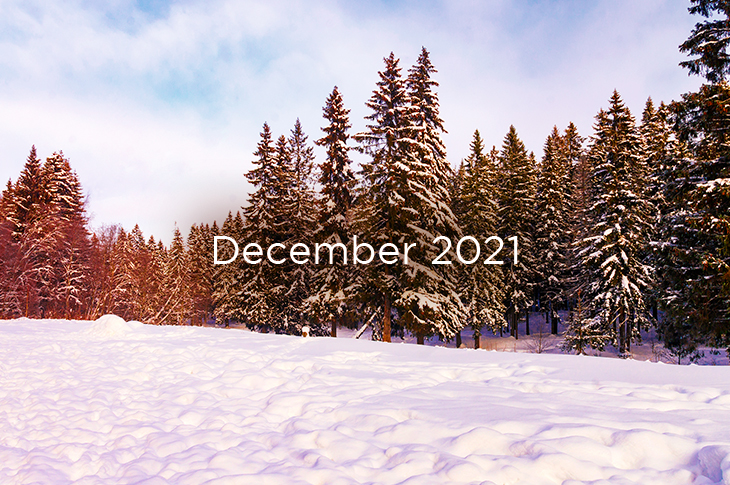 December 2021 has arrived and it’s time to indulge in all things merry! With everybody high on the festive spirit and with different parts of the world turning into a winter wonderland, holidays and celebrations are inevitable. And when it comes to engaging with your audience, December brings fantastic content marketing opportunities, from World AIDS Day to Christmas to New Year’s Eve. So, make the most of this last hurrah of the year and get the best from this joyful month.

Given the difficulties taxpayers and other stakeholders reported in filing Income Tax Returns and various audit reports for the Assessment Year 2021-22 under the Income-Tax Act, 1961, the Central Board of Direct Taxes decided to extend the due dates to December 31, 2021.

Listicle idea: Avoid these penalties by filing your ITR on time

Infographic idea: Apps and websites that can help you file your taxes online

Video idea: Last-minute tax-saving tips you need to know about

Podcast idea: How to diversify the money you invest in tax-saving instruments 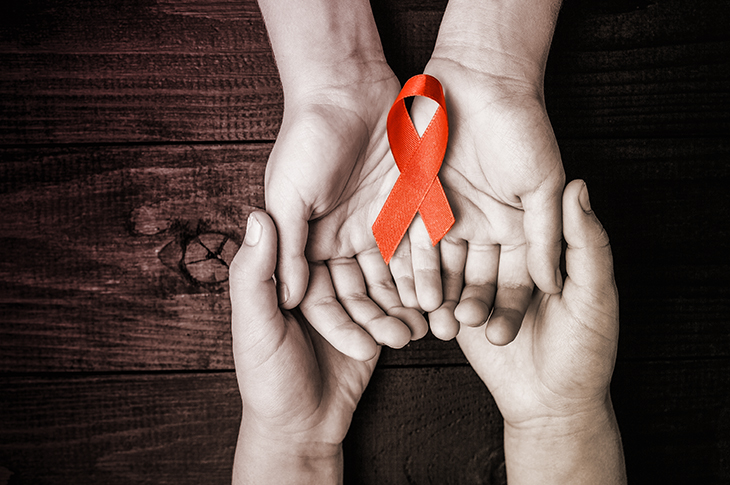 Observed on December 1 each year, World AIDS Day is an opportunity for people worldwide to unite in the fight against HIV, express solidarity for individuals living with HIV, and mourn those who have died due to AIDS-related illness.

World AIDS Day was established in 1988. Although the virus was only discovered in 1984, more than 35 million people have died due to HIV or AIDS, making it one of the most devastating diseases in history. The red ribbon has become the international emblem of HIV awareness and support.

Ever wondered what it feels like to be abandoned for something that’s out of your control? This video by Bus Education shows the reality of those diagnosed with HIV and AIDS while simultaneously teaching viewers about the disease and encouraging them to support those who are diagnosed.

International Day for the Abolition of Slavery – 2 December 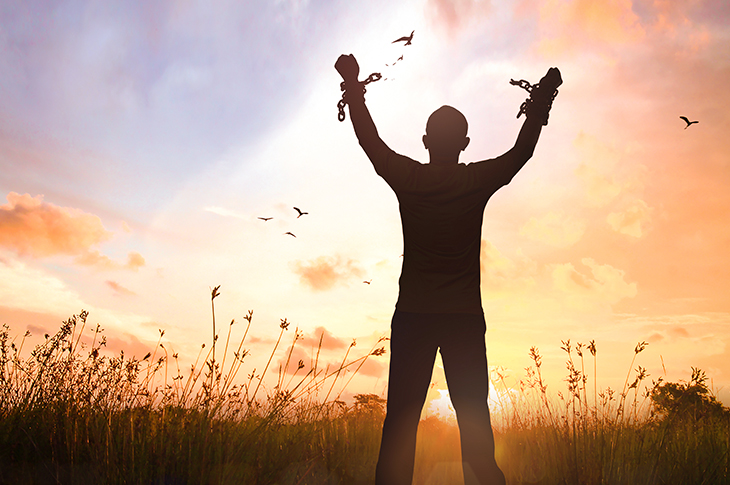 The International Day for the Abolition of Slavery observes the General Assembly’s adoption of the United Nations Convention for the Suppression of Trafficking in Persons and the Exploitation of the Prostitution of Others.

This day is dedicated to abolishing modern forms of slavery, such as human trafficking, sexual exploitation, the most heinous kinds of child labor, forced marriage, and the forced recruitment of children for use in armed conflict. Every year on this date, organizations join to organize events and activities to raise awareness of the many kinds of modern slavery.

This awareness campaign by Kent Police encourages everyone to be vigilant and look out for signs of human trafficking in their own communities. 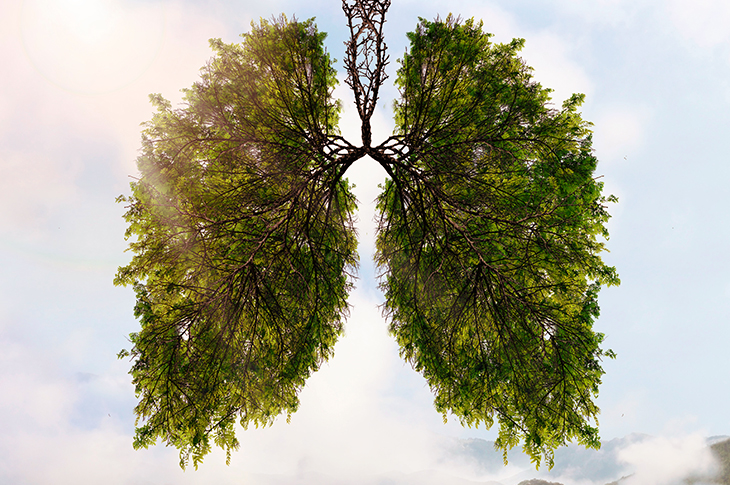 National Pollution Control Day is observed to educate people about the effects and challenges of pollution worldwide. It is used to make people aware of the many effects and problems that exist in every country.

The theme of National Pollution Control Day 2021 will be the same as it has been in previous years: promote awareness about the necessity of pollution control and educate people on how to prevent pollution.

It is critical to regulate pollution to keep the environment clean and safe to live in. People must learn everything about pollution to decrease it and create a better world with a clean environment, free of pollution.

This video by Greenpeace International raises awareness about the global suffering caused by air pollution and motivates us to do better. 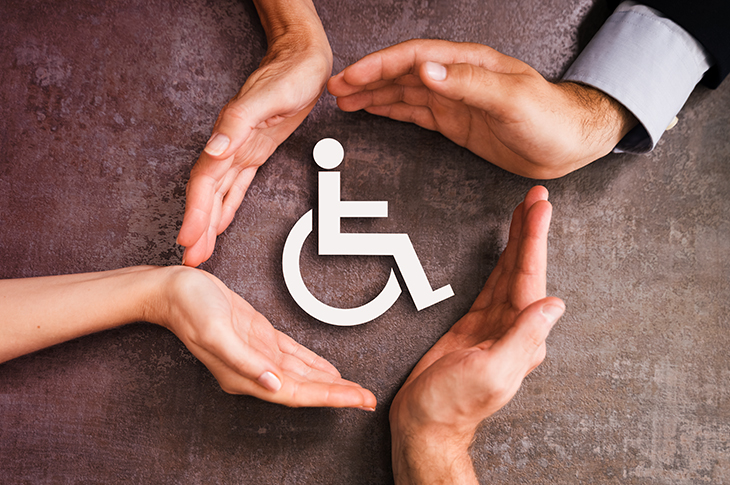 Since 1992, the United Nations has supported the International Day of People with Disability. This day aims to promote a greater understanding of individuals with disabilities and raise public awareness of disabled people’s rights, dignity, and well-being. In addition, the International Day of People with Disability promotes awareness about the advantages of integrating disabled people into all aspects of society, from economic to political to social and cultural. This day is concerned with a mental or physical disability and all known disabilities, from Autism to Down Syndrome to Multiple Sclerosis.

In this KPMG video, people offered their thoughts on how we might work together to build a more inclusive future for everybody. 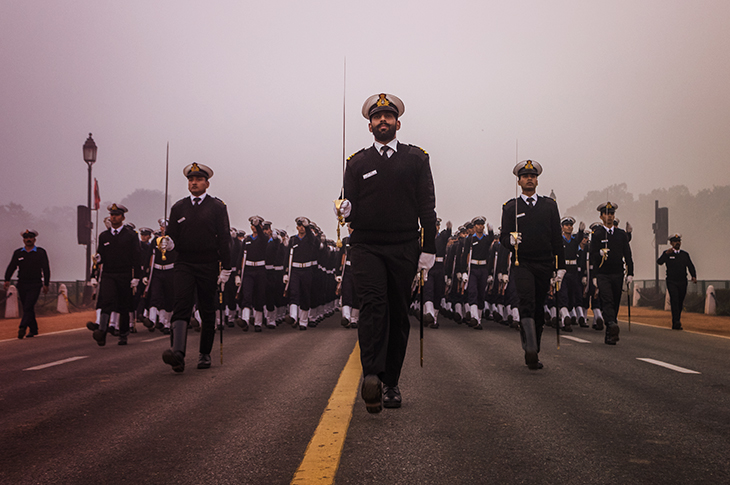 Indian Navy Day is observed on December 4 to celebrate the commencement of Operation Trident which was executed during the Indo-Pak war of 1971. It aims to pay tribute to those martyred in the battle.

The operation took place on 4th – 5th December, when the Indian Navy attacked the Naval Headquarters in Karachi, Pakistan. The Indian unit, comprising a tanker, two anti-submaries and three Vidyut class missile boats,  managed to sink four Pakistani warships, decimated the Karachi port fuel fields and took the lives of around 500 Pakistani Navy soldiers. There were no casualties to the Indian unit. Anti-ship missiles were used in action for the first time during Operation Trident.

This video by Doordarshan National demonstrates the strength of the Indian Navy at sea. It is an inspiring video for anyone proud of India’s growing defense capabilities, and highlights the different obstacles that the navy faces in protecting India’s coastline. 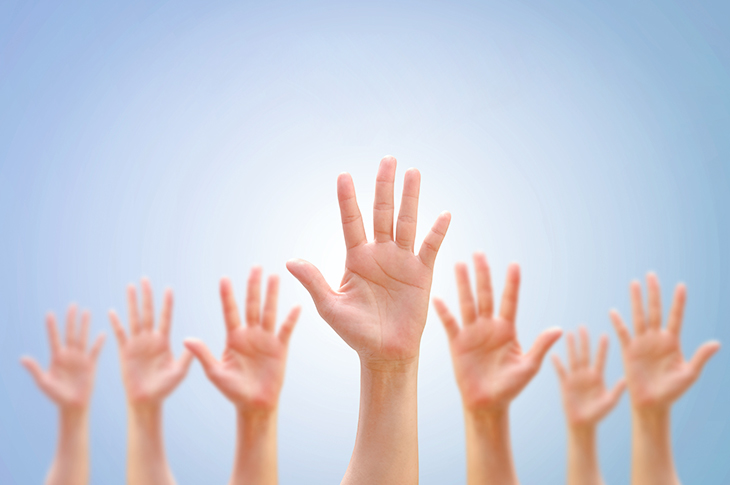 People and organizations who devote their time and efforts to better the lives of others are honored on International Volunteer Day for Economic and Social Development. This day strives to inspire volunteers as well as recognize them.

Volunteering is an act of kindness. Volunteers frequently serve as a voice for the voiceless. They assist people in need. Volunteers are essential to the success of charities and non-profits.

Volunteering has additional benefits aside from assisting others. It is beneficial to one’s physical and mental well-being. It increases happiness and reduces stress while also strengthening the body. People who volunteer also have a higher chance of finding work.

This video from World Scouting expresses gratitude to the millions of volunteers across the world for their effort towards betterment of society. 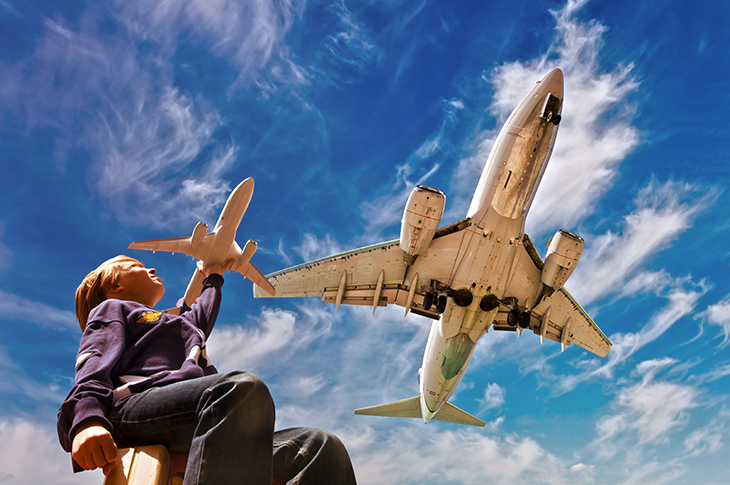 The day is not a public holiday, but a worldwide observance. This day aims to raise awareness about the importance of international civil aviation in social and economic development.

International Civil Aviation Day honors the science, art, and sport of aviation that sprang from the first flight, as well as the men and women who continue to push the boundaries of the industry today.

This video by Air India brilliantly portrays how the airlines bring happiness to people every time they fly. 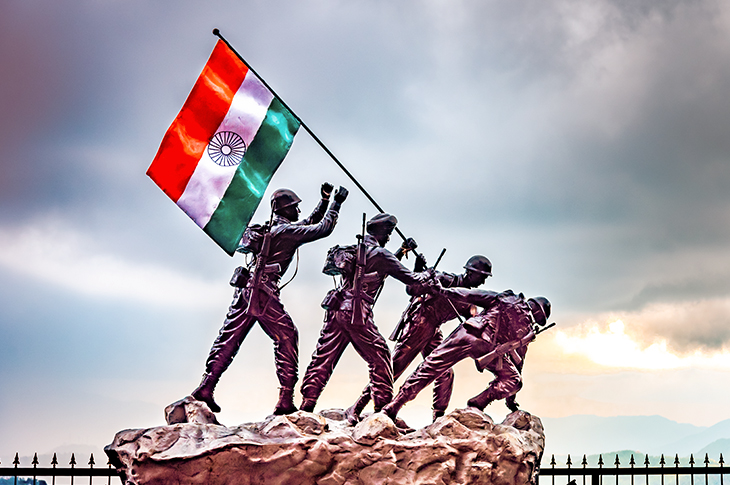 Armed Forces Flag Day is celebrated in India to raise contributions from Indian citizens for the welfare of Indian Armed Forces personnel. Since 1949, the day has been observed across the country to honor the martyrs and soldiers in uniform who have heroically fought and continue to fight on our borders to protect the country’s honor.

The aim behind marking Flag Day was to present miniature flags to the public for donations. Flag Day takes on greater significance as it recognizes that India’s civilian population should care for the families and dependents of military services members who fight for the country. 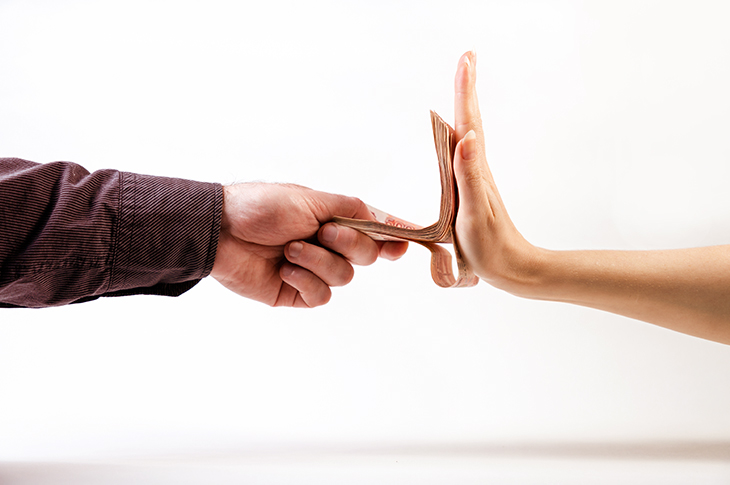 Corruption may be one of humanity’s greatest tragedies since it is continual and exceedingly difficult to resist, driving the poor into ever more dismal situations. At the same time, the chosen few in control become increasingly more affluent and more powerful.

However, it is not just countries that must band together to address this global crisis with shared responsibility. Every person, young and old, has a responsibility to prevent and combat corruption to build resilience and integrity at all levels of society.

This video by Videocon shows how an elderly man subtly rebuffs a request to pay a bribe to get his work done. 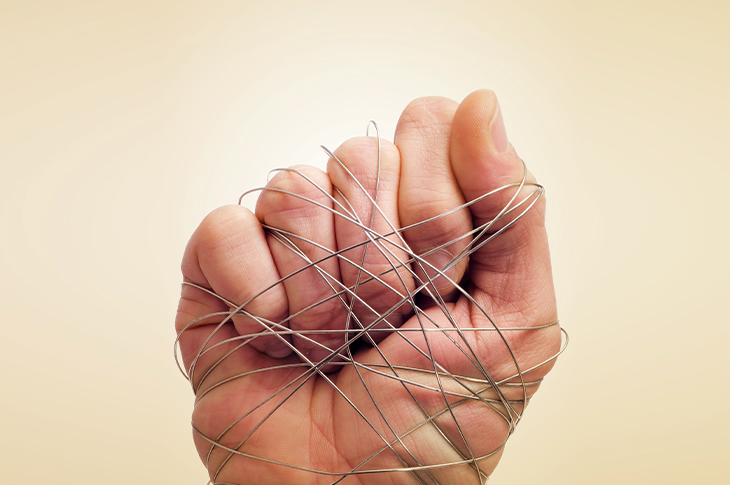 Every now and then, something happens that is so significant that we must rise and acknowledge it. We must elevate this event to the pedestal it deserves and guarantee that the principles and policies it establishes are followed, respected, and transmitted. Human Rights Day sends forth messages like these.

Human Rights Day was created in 1948, and it has served as the first big step forward in guaranteeing that the rights of every human being throughout the world are respected. The aims and ambitions stated that day range from the most fundamental human requirements, such as food, shelter, and water, to access to free and uncensored information.

INCO Creative’s advertisement educates everyone on our basic human rights. 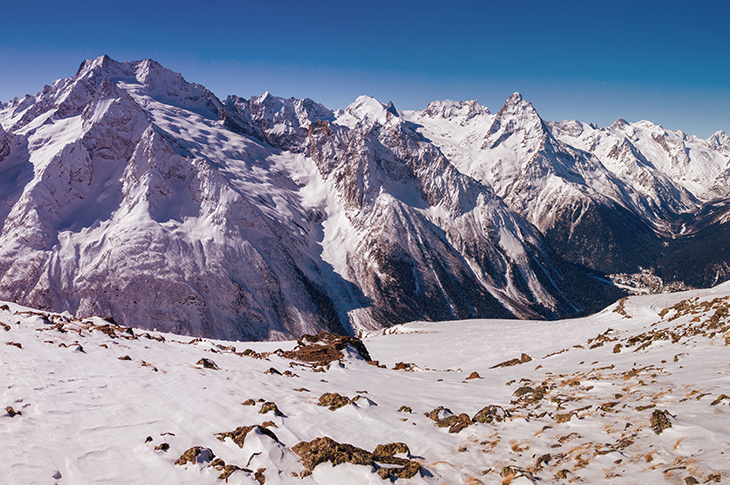 Towering, magnificent, and beautiful. Mountains are among nature’s most gorgeous structures, standing stolid and regal against the sky, large enough to trap vast stretches of countrysides in their shadow and turn back the ravages of storms.

International Mountain Day was founded to celebrate the majesty and magic of the mountains that surround us. Mountains are a source of pleasure and resources. The United Nations General Assembly established this day in December 2003 to help raise awareness about all the things we rely on mountains for. 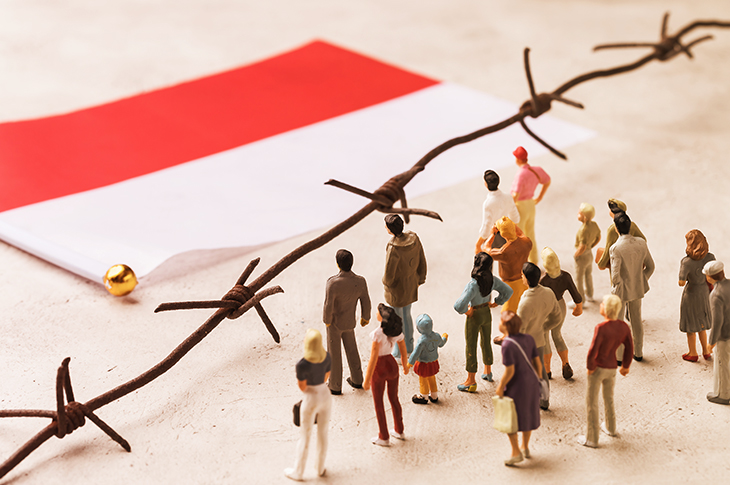 Migration has been a brave demonstration of an individual’s will to overcome misfortune and the desire to lead a better life. Globalization, along with developments in communications and transportation, has substantially increased the number of people who want to (and can) migrate to other places today.

International Migrants Day is observed on December 18 and was designated by the United Nations General Assembly on 4th December 2000, in response to the rising number of migrants across the world. 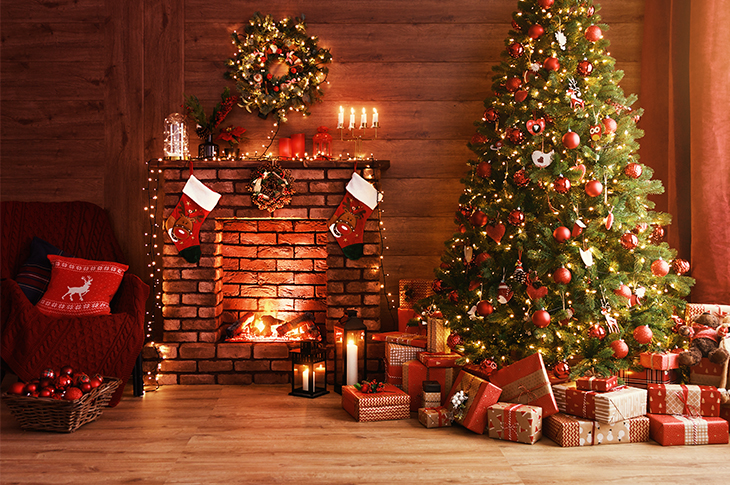 Christmas celebrates the birth of Jesus Christ, whom Christians believe to be the Son of God. Everyone loves Christmas, whether they are Christians or not. It’s a time when family and friends gather to celebrate the positive things in their lives and exchange gifts. 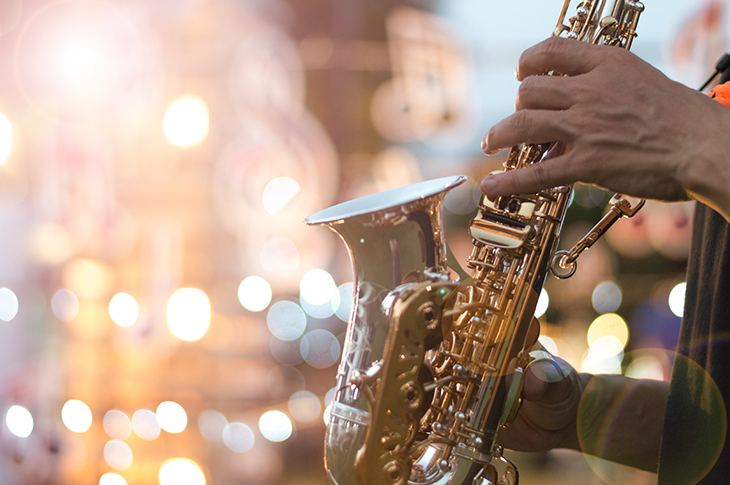 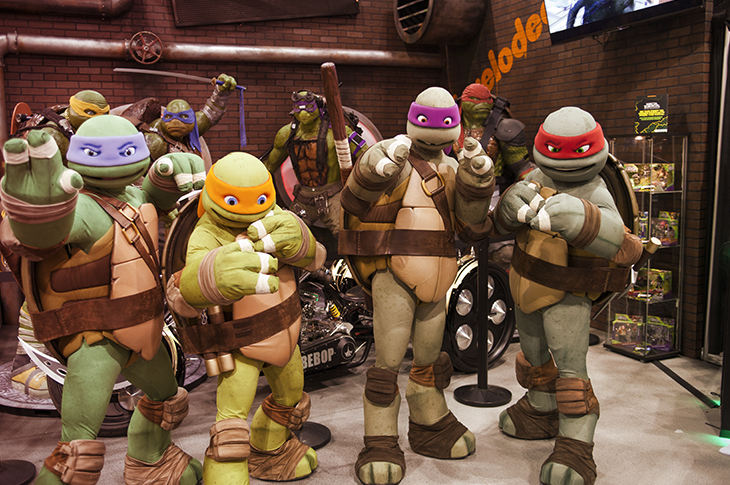 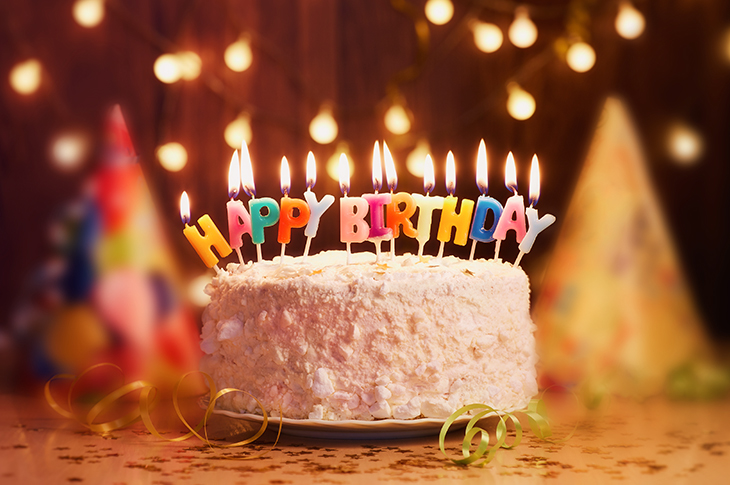