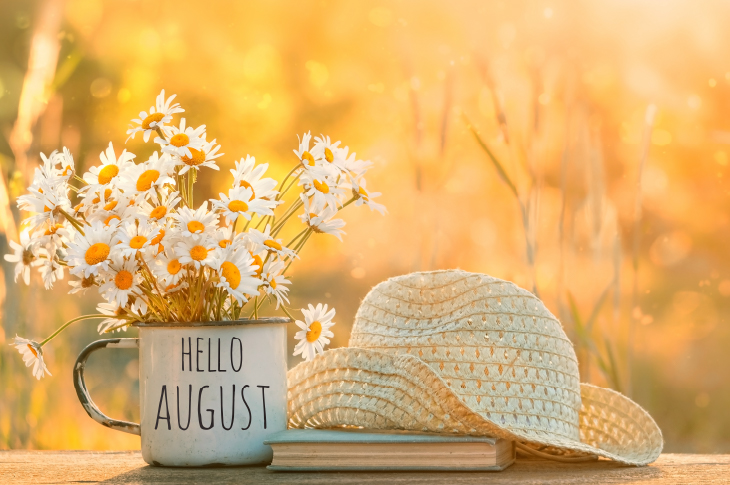 With each passing month, we inch closer to the end of the year. Let’s take a moment to pause; as you take steps towards the ‘new normal’, the world also seems to be picking up its regular pace. Let August welcome you with the right content marketing ideas to grow your brand.

Take note of these marketing opportunities. Celebrate the gift of friendship this International Friendship Day, let the youth inspire you as we gather for International Youth Day, embrace your quirks with International Lefthanders Day, rejoice in your freedom on Independence Day, and more.

India is all set to launch the Chandrayaan 3 mission this August. Although the government previously declared that the mission would take place in 2022, this is the first time a specific month has been disclosed. The mission is a follow-up of Chandrayaan 2, wherein the objective was to land a rover on the lunar South Pole in July 2019. 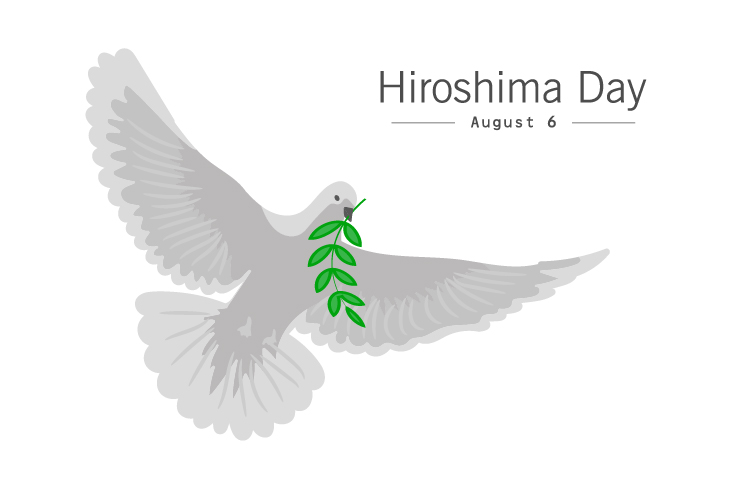 Every year on 6 August, Hiroshima Day is commemorated to promote peace politics and raise awareness of the impact of the nuclear bombing of Hiroshima.

On 6 August 1945, an atomic bomb was dropped on Hiroshima, killing thousands of people instantaneously. People visit the Hiroshima Peace Memorial Museum on this day to learn about the bombing of Hiroshima during WWII. 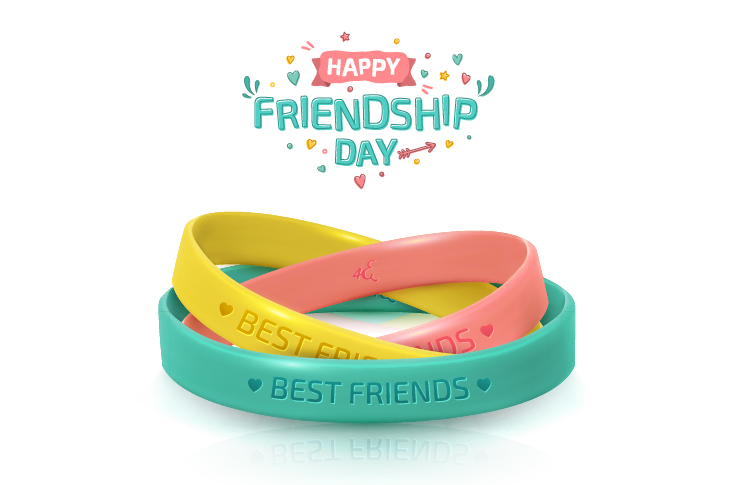 Your best friend doesn’t need a particular day to be reminded of how much they mean to you, but a day dedicated to your friendship and wholesome bond does sound delightful. Let them know how special they are in a way they will most appreciate. This International Friendship Day, make sure to hatch the ultimate plan that will leave your BFF touched.

While International Friendship Day is observed on 30 July each year, countries such as India, the United States, Malaysia, the United Arab Emirates, etc., celebrate this day on the first Sunday of August.

This brand campaign by Nescafé Myanmar reminds us how most friendships are a simple gesture away. All it takes is the first step. 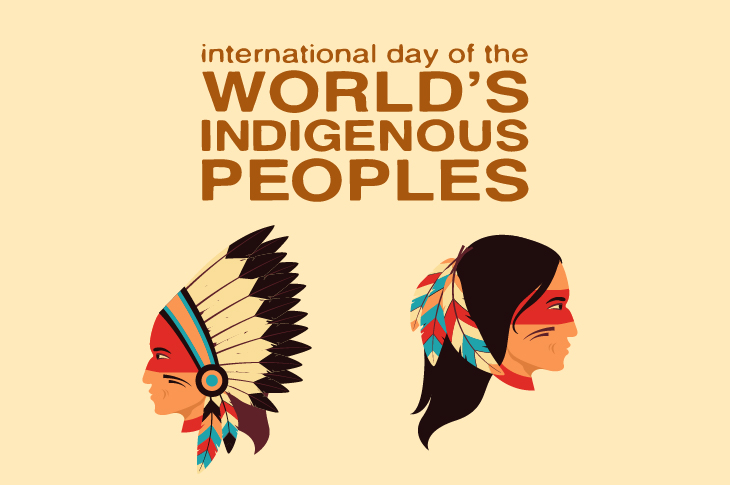 Every year on 9 August, the United Nations General Assembly observes the International Day of the World’s Indigenous Peoples. The UN Working Group on Indigenous Populations held its inaugural meeting on this date in 1982.

People across the world are encouraged to disseminate the United Nations’ message about the protection and promotion of indigenous peoples’ rights on this day. Indigenous peoples have their distinct cultures and methods of interacting with others and the environment. They maintain their distinct political, social, economic, and cultural characteristics in the societies they live in. 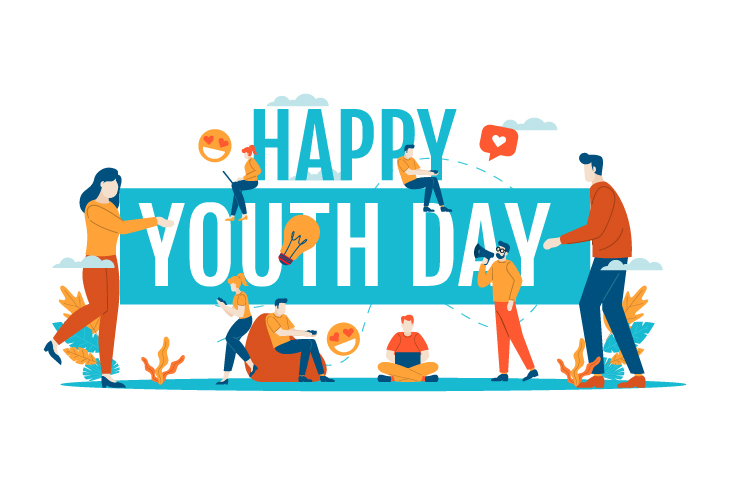 Every year on 12 August, International Youth Day is observed to bring youth issues to the attention of the international community and to recognize the potential of youth as contributors in today’s globalized world.

Young people gathering in Austria, Vienna, for the first session of the United Nations System’s World Youth Forum introduced the idea for International Youth Day in 1991.

This video by UN Women shares an important message on empowerment through education. 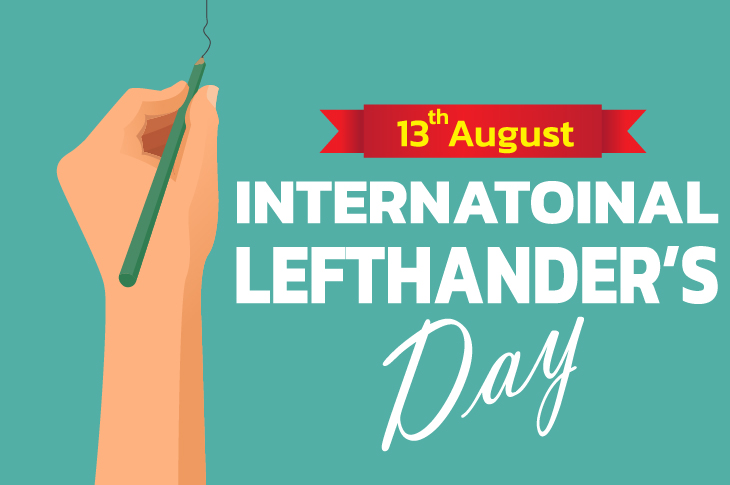 International Lefthanders Day celebrates left-hand dexterity on 13 August each year. If you’ve ever felt out of place in a world full of right-handers, this is your day!

If you ever feel lonely in the left-handed club, know this – Bill Gates and Barack Obama are both lefthanders. And for a fun fact, you should probably know that about 12% of the world’s population is left-handed too! 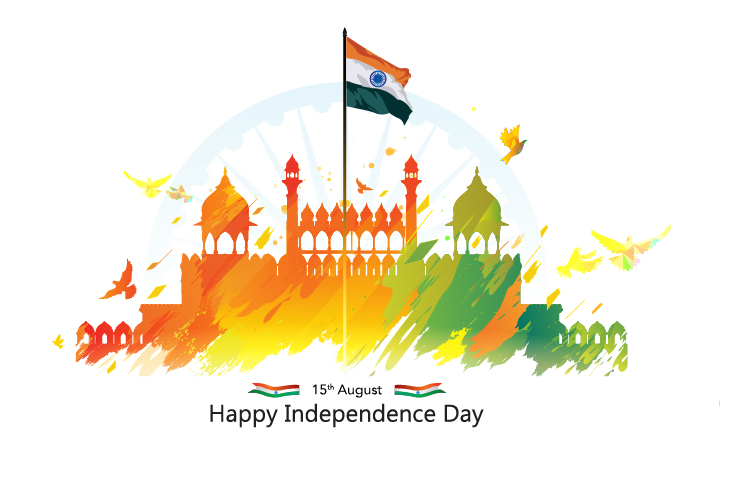 As we celebrate the 75th Independence Day this year, we also honor and cherish the sacrifices put forth by brave fighters and the freedom we possess to live a life of our choice. As the country gathers to celebrate the historic day, let us also forge forward in a way that makes our country proud.

This video by Vivo India highlights an important message about women’s safety and thus shares the message of a happy independence night. 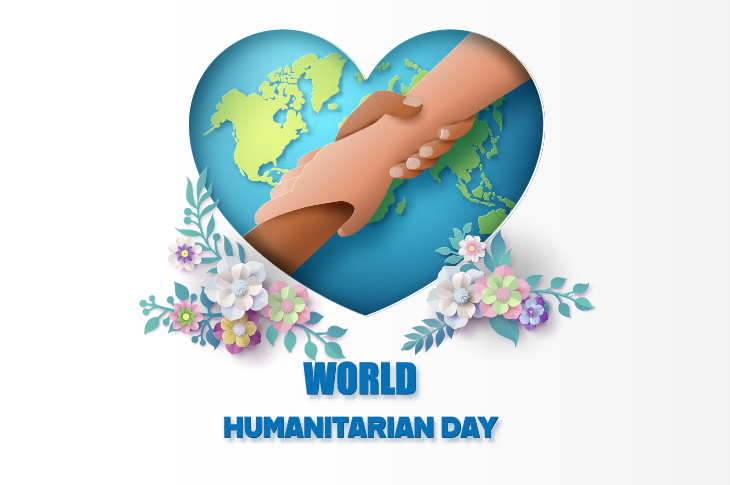 The theme this year emphasizes the urgent human cost of climate change by urging world leaders to take concrete climate action for people who are most vulnerable. 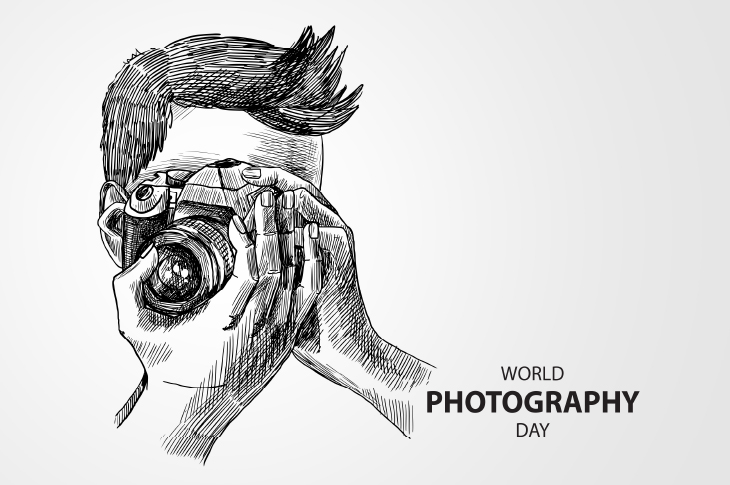 They say a picture speaks a thousand words – why not make it count? This World Photography Day, celebrate your love for telling stories through images.

Each year, 19 August is observed as World Photography Day to recognize and celebrate the art, culture, history, science, and the very craft of photography. So, whip out your camera and share an image that reflects your photography spirit.

This video by OnePlus India redefines what photography means today, along with sharing images captured on a OnePlus phone. 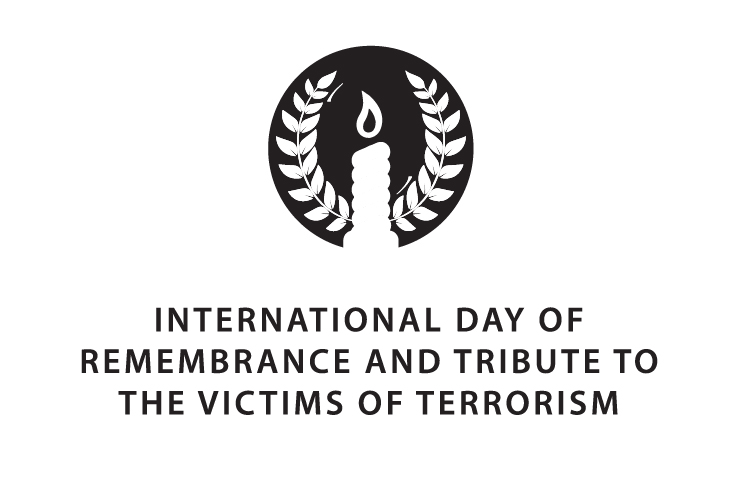 The United Nations General Assembly has designated 21 August as the International Day of Remembrance and Tribute to Terrorism Victims and Survivors in order to recognize and aid victims and survivors of terrorism, as well as to advocate and safeguard their human rights and fundamental freedoms. 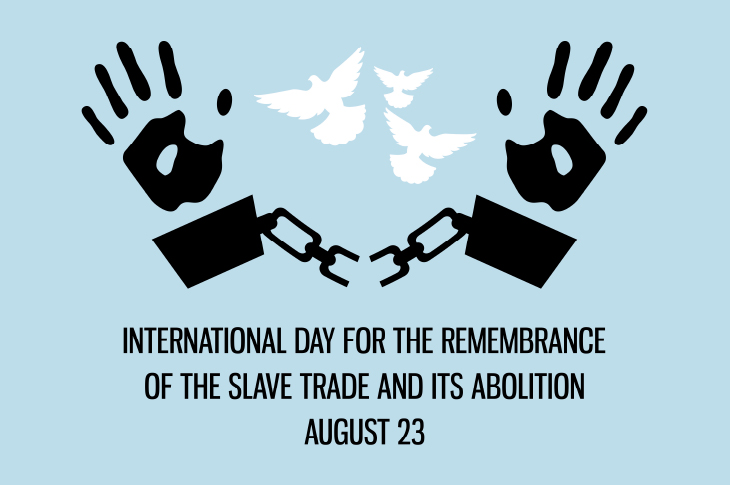 Every year on 23 August, the International Day for the Remembrance of the Slave Trade and its Abolition is observed to commemorate the abolition of the transatlantic slave trade. It serves as a reminder of the tragedy and injustice that lay in the slave trade and the experiences faced by several people. 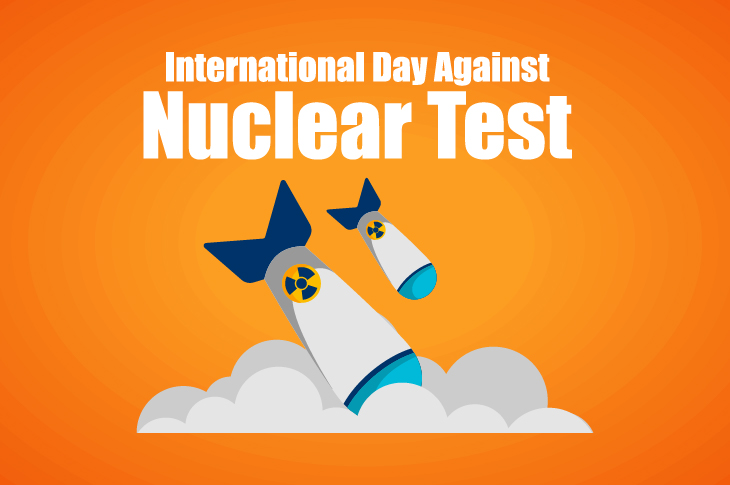 The focus of the resolution is on increasing awareness about the effects of nuclear explosions and educating people in the hope of a world free of nuclear weapons.

International Day of the Victims of Enforced Disappearances – 30 August 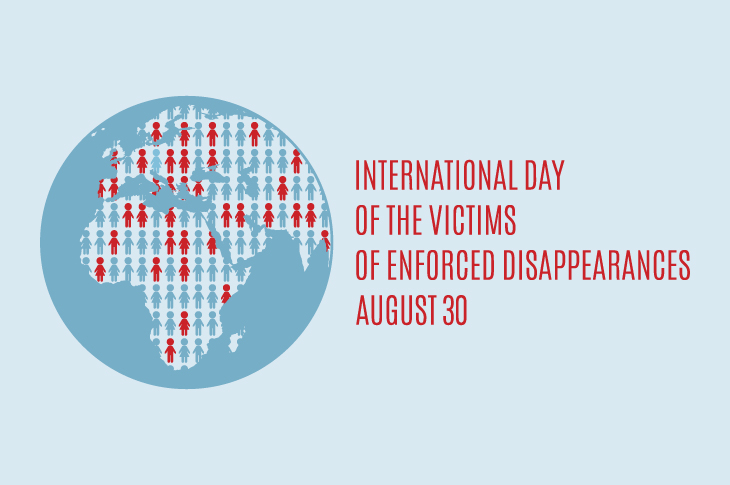 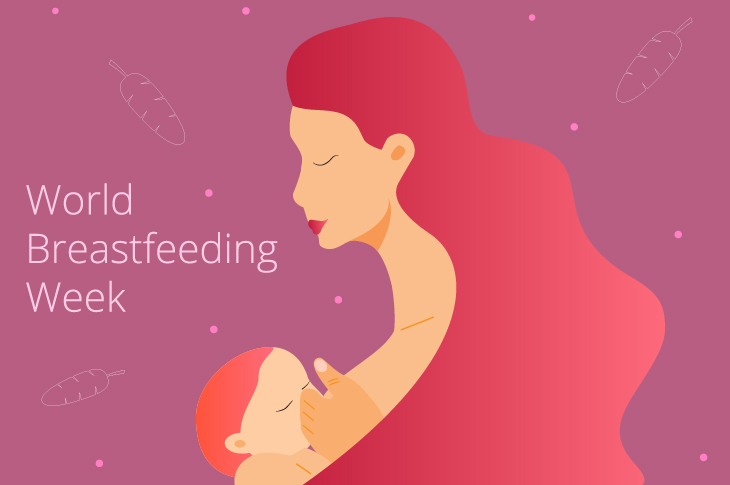 Although breastfeeding is one of the most important and naturally occurring practices, several women are faced with public judgment and discrimination for the same. This often forces women to retreat to isolated places, cover up their bodies, etc., for the simple act of feeding their child.

World Breastfeeding Week (WBW) is a global movement that occurs each year during 1-7 August to promote awareness and mobilize action around breastfeeding challenges. 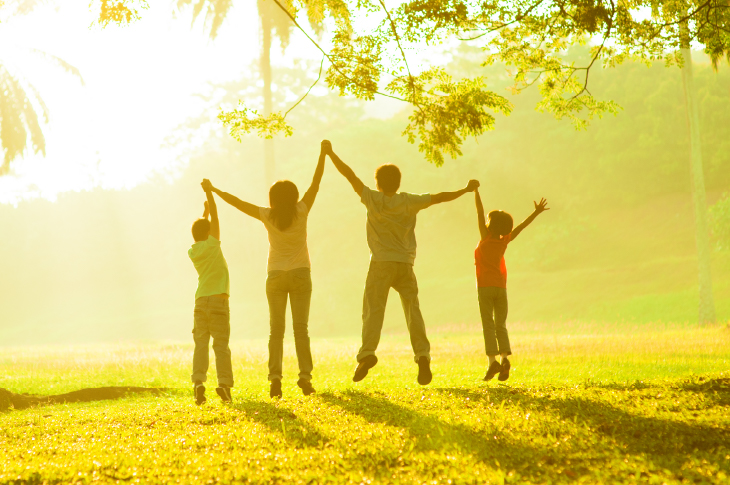 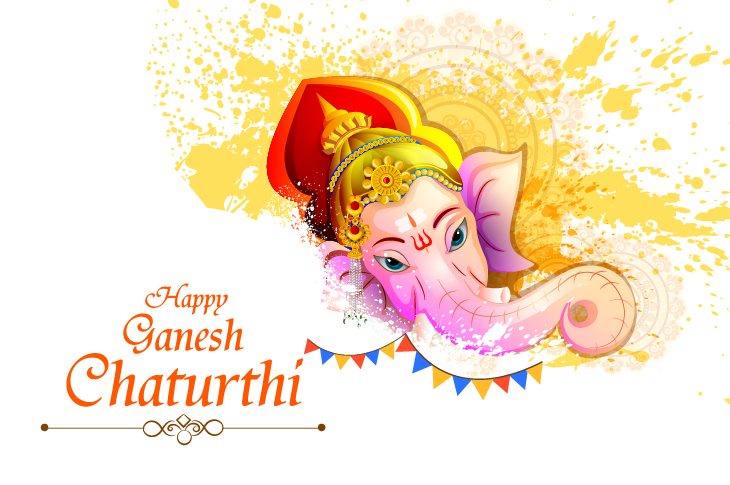 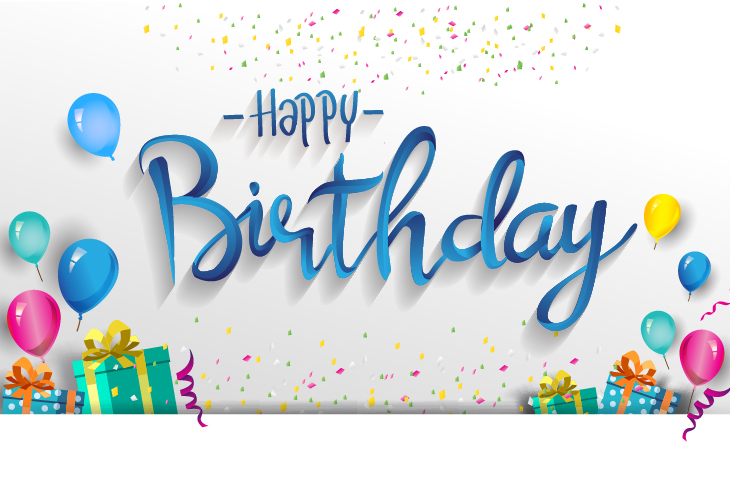