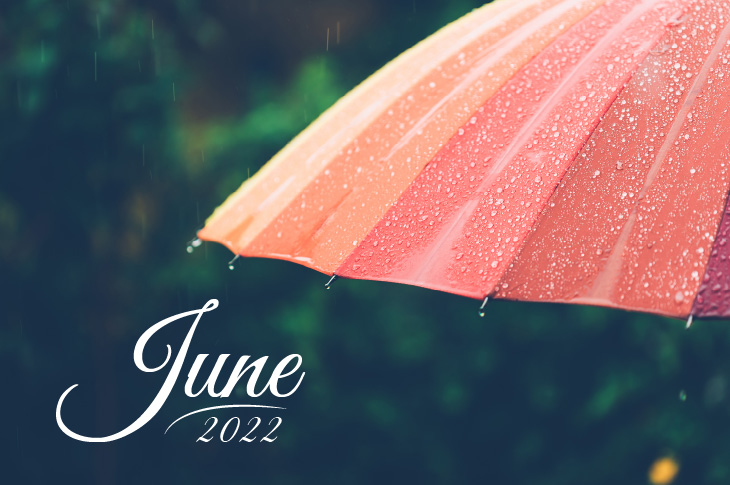 June brings the promise of a fresh start. As children go back to school and the season’s first rains arrive – the month seems synonymous with new beginnings. With the pleasant scent of petrichor making its way into your homes, take the perfect opportunity to look at refreshing ideas for your brand.

Get inspired with these content marketing ideas. Do your bit with World Environment Day, Celebrate Father’s Day, pick a beat for World Music Day, stand tall as you celebrate Pride month, and more.

The third T20 match between India and South Africa will be contested at the Dr YSR ACA-VDCA Cricket Stadium in Visakhapatnam on 14 June.
The city will host an international cricket match after a nearly 29-month hiatus. Owing to COVID-19, a scheduled T20 match between India and the West Indies in February was cancelled.
Get ready to cheer for your favourite cricketers and enjoy the big game as team India returns to the ground. Make sure to book your tickets!

Due to the low response thus far, the National Board of Revenue (NBR) has extended the deadline for filing company tax returns for Assessment Year 2021-22 until 15 June. Only about 24,000 of the 167,000 registered corporate taxpayers had filed forms up until 12 May. Over 30,000 returns were received by the NBR last year. The original date for filing the return for the fiscal year 2020-21 was 15 January 2022.

Advance tax is when you pay your taxes in advance, before the conclusion of the fiscal year, for income made during that year. Beginning in June, you must pay the advance tax in four instalments.
For the first instalment, calculate 15% of your entire tax liability and pay online using challan 280 by 15 June 2022. 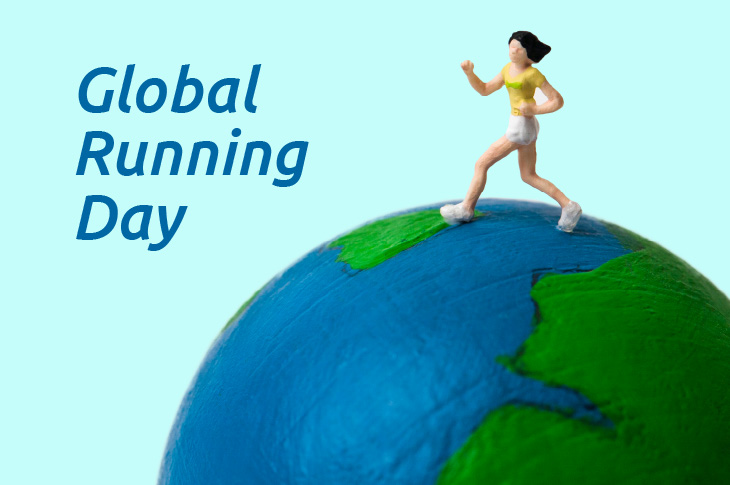 Many of us enjoy running as a form of workout – to relieve stress and to attain our fitness goals. But did you know there was a dedicated day to celebrate running?
Global Running Day marks an important event to celebrate the importance of running in our lives. It’s a reminder of the positive implications running offers and a day that brings people together. This Global Running Day, sweat out your challenges. 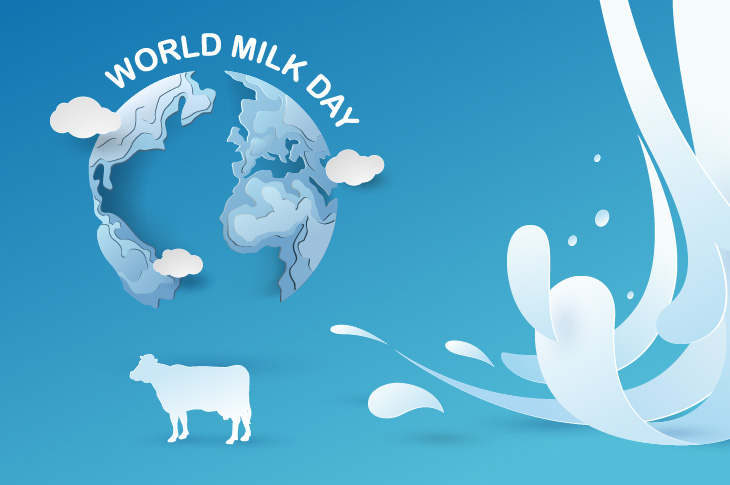 If there’s one thing every child has grown up hearing, it’s the nutritional benefits of drinking milk. Be it a glass or even two per day; all our mothers experimented with creative ways to include this super drink in our diets.
World Milk Day has been around for a while now – it dates back to 2001. It was established by the Food and Agriculture Organization (FAO) of the United Nations to commemorate the value of milk as a global food and to honour the dairy industry.
The theme this year will focus on the actions taken toward tackling climate change and minimizing the dairy industry’s environmental impact.
Content marketing ideas:

Brand campaign that worked:
This Amul Milk commercial promotes milk as the world’s original energy drink and ends with the message ‘Have you had a glass of Amul Milk today?’ 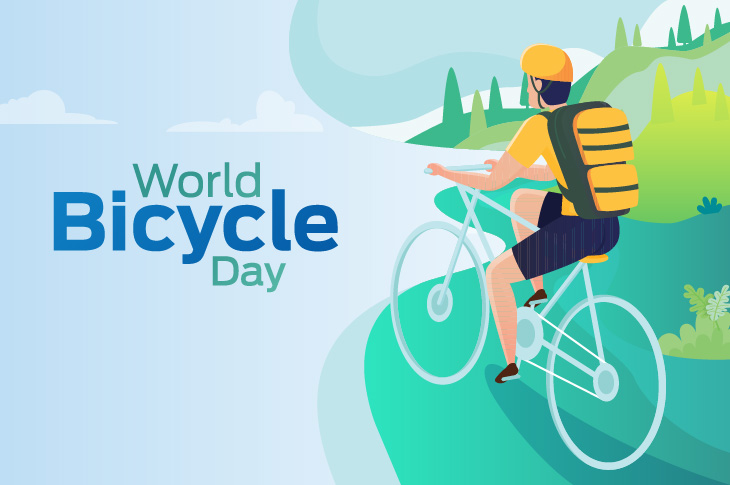 World Bicycle Day highlights the virtues of riding a bicycle and how it can be an economical, clean, and ecologically friendly mode of transportation. Using a bicycle helps to reduce traffic and improve air quality.
It’s the ideal way to promote sustainability, reduce the impact of climate change, and support economic expansion.
Content marketing ideas:

Brand campaign that worked:
The video talks about why Copenhagen is the cycling capital of the world. It shows how people in Denmark actively use bicycles as a mode of transportation across seasons with dedicated cycle tracks and lanes. 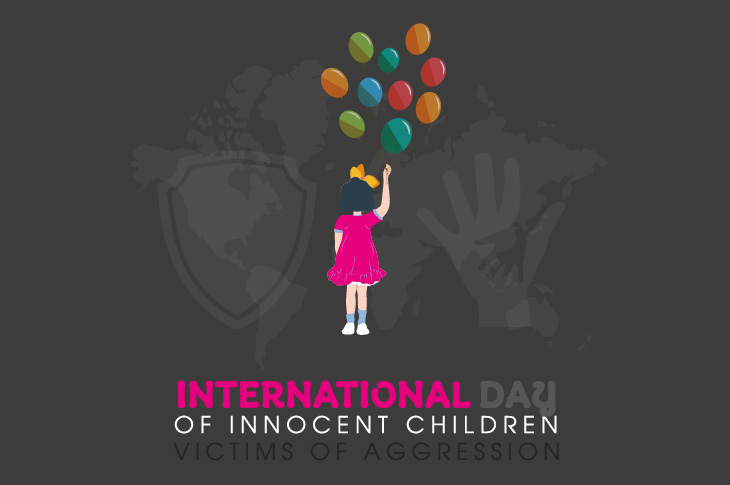 International Day of Innocent Children Victims of Aggression recognizes the suffering of children who are victims of physical, emotional, and psychological abuse worldwide. The United Nations’ commitment to protecting children’s rights is reinforced on this day. 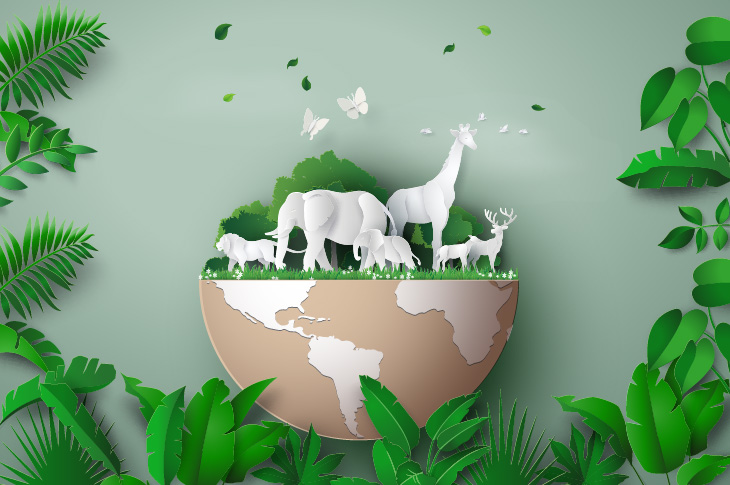 Did you know that to maintain our existing way of life, we need the equivalent of 1.6 earths while ecosystems are struggling to keep up?

World Environment Day, observed annually on 5 June since 1974, is led by the United Nations Environment Program (UNEP). It is the world’s most significant forum for environmental community engagement and is celebrated by millions of people worldwide. Sweden is hosting the event this year.

World Environment Day 2022 will be marked by the initiative #OnlyOneEarth. It urges global action to honor, defend, and restore our planet.

This environmental short film by Romain Pennes called One Earth raises awareness of the impact our actions have on the planet. The video aptly conveys this year’s #OnlyOneEarth theme. 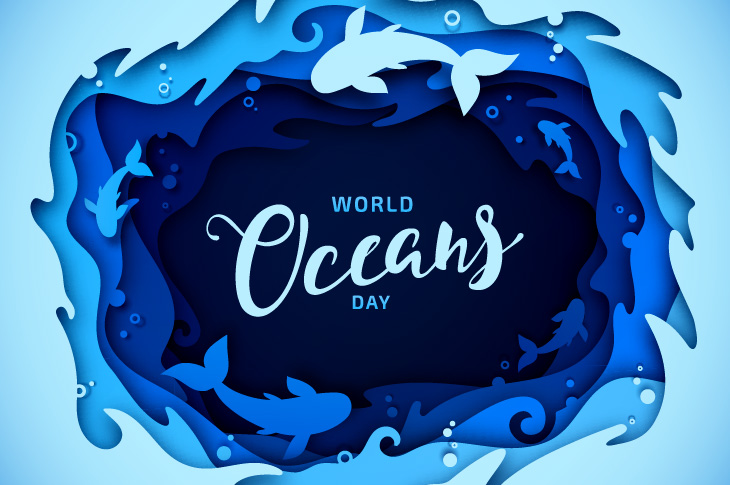 Did you know that nearly half of the oxygen on Earth comes from the ocean? Oceans absorb about 30% of atmospheric carbon dioxide created by humans, reducing the effects of global warming.

United Nations World Oceans Day 2022 is the first hybrid commemoration of the annual event, including in-person programming, staged at the UN Headquarters in New York City and virtual components for global public access. 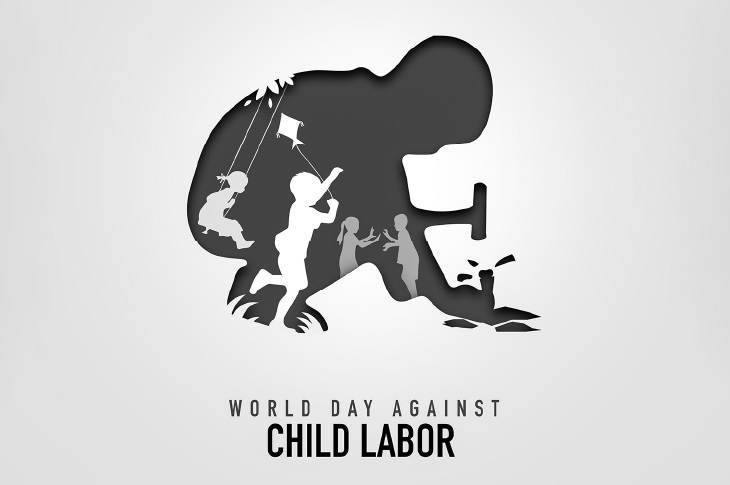 Child labor is defined as employment done to the detriment and endangering of a child in violation of international and national law. It either prevents them from attending school or makes them responsible for both school and work.

In 2002, the International Labor Organization (ILO) established the World Day Against Child Labor to draw attention to the global scope of child labor and the actions and efforts required to end it. Every year on 12 June, governments, employers and workers organizations, civil society, and millions of individuals from all over the world come together to highlight the situation of child workers and what can be done to aid them. 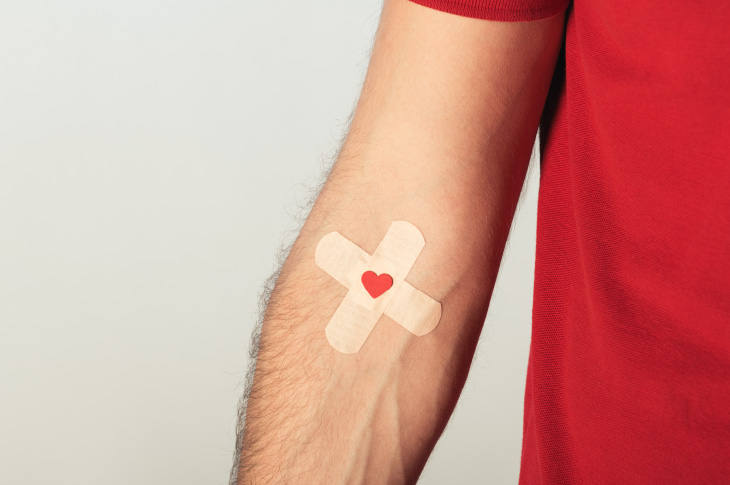 Did you know that there exist eight types of blood? They are A, B, AB and O, and they come in either positive or negative Rh Factor. Type O negative blood donors are universal donors, meaning anybody can use their blood.

World Blood Donor Day (WBDD) is observed annually in countries worldwide. The purpose of the event is to promote awareness about the need for safe blood and blood products, as well as to honor unpaid volunteer blood donors for their life-saving contributions.

This video by the World Health Organization (WHO) encourages people to donate blood and make the world a healthier place. It also sheds light on how someone needs blood every few seconds, be it victims of trauma, cancer patients, etc. 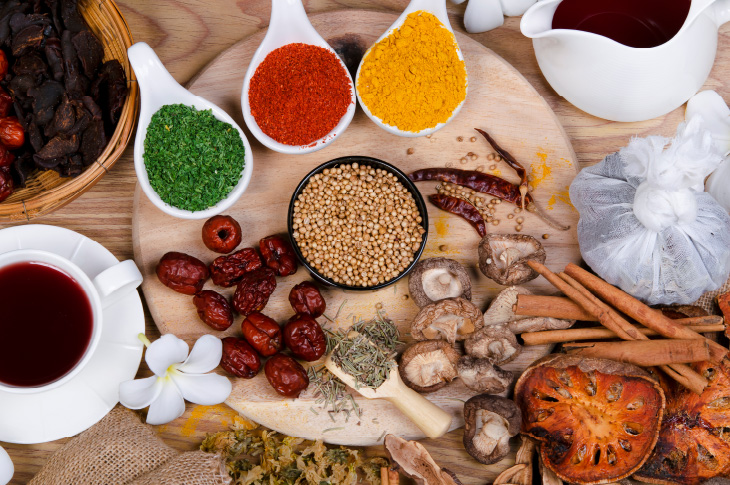 Sustainable gastronomy refers to cuisine that considers the origins of products, how they are cultivated, how they reach our markets, and eventually our plates. Sustainable Gastronomy Day is commemorated to raise public awareness of its contribution to long-term sustainability. 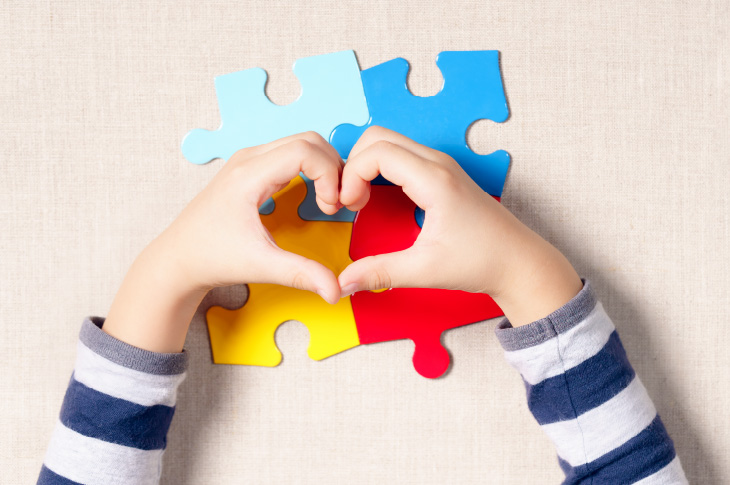 The organization Aspies For Freedom (AFF) established Autistic Pride Day in 2005 to give people with Autism Spectrum Disorder (ASD) a day to celebrate their neurodiversity and unique characteristics.

Every year on 18 June, Autistic Pride Day is commemorated as a day for people with ASD to be autistic and proud and to celebrate their identity. All autism organizations throughout the world gather through events to show that people with ASD are individuals who are unique.

The rainbow infinity symbol signifies Autistic Pride Day. This symbol represents the diversity of people with ASD, as well as the unlimited possibilities and contrasts that exist within the autistic community. 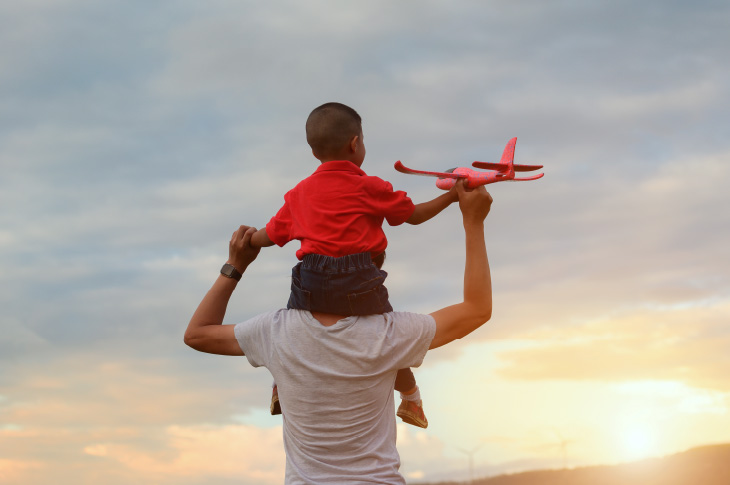 Father’s Day is observed around the world to honour the contributions that fathers and father figures make in their children’s lives. Although it is held on a number of dates around the world, it is most commonly observed on the third Sunday in June.

Fatherhood and male parenting are celebrated on this day. Make sure you make your father feel extra special today and thank him for his selfless deeds. While you don’t need a particular day to celebrate the bond with your father, it’s always nice to go that extra mile and cherish him. It’s the little things that matter.

This video by Stockland beautifully captures the many roles fathers play and reminds us how ‘dad’ is a small word for a big job. It ends with the messaging of thanking your dad this Father’s Day. 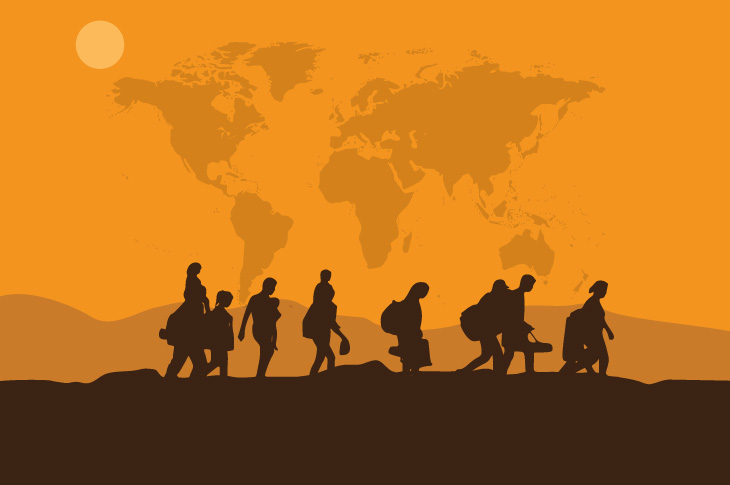 The United Nations has established World Refugee Day as an international day to honor refugees worldwide. It is observed on 20 June each year and honors the strength and bravery of those who have been forced to flee their own country due to violence or persecution.

World Refugee Day is an opportunity to foster empathy and compassion for refugees’ suffering, as well as to honor their perseverance in reconstructing their lives. The right to seek safety will be the focus this year. Everyone in this world has the right to seek safety, regardless of who they are, where they came from, or when they are forced to flee.

This video by IKEA shares real-life stories of refugees and life lessons they have learned through their experiences. 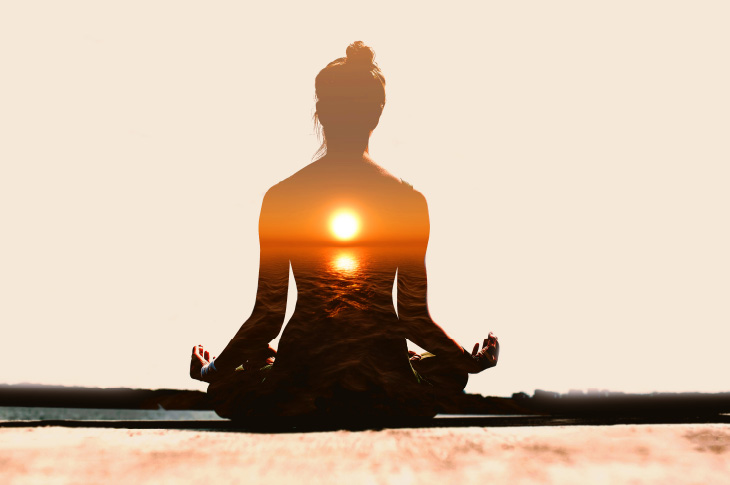 The United Nations declared 21 June as International Yoga Day on 11 December 2014. The aim is to enhance global awareness of the numerous advantages of practicing yoga.

Several people swear by the health benefits of yoga. Not only does it improve your physical health; it can work wonders for your mental well-being as well. The best part is that you can do yoga anywhere. All you need is sufficient space, and you can get those stretches in with ease. 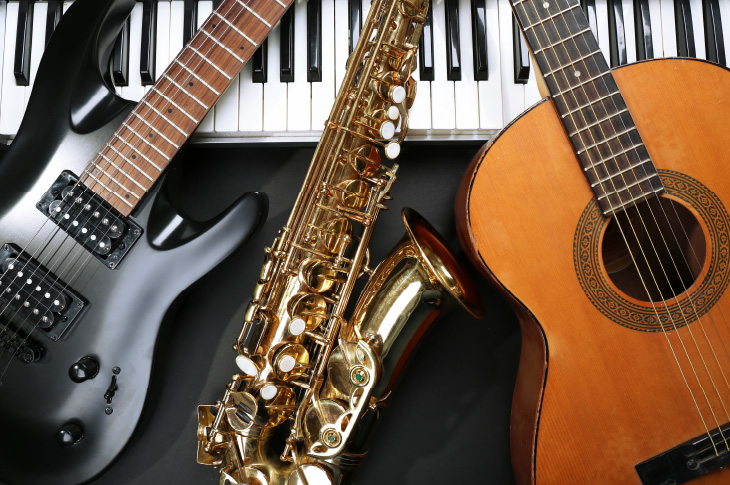 Every year on 21 June, World Music Day honors artists and singers for the gift of music, which gives life to everything and brings wings to the imagination. Also called Fête de la Musique, it is noted for encouraging aspiring, young, and professional artists to perform.

World Music Day is observed in over 120 countries, with free public concerts held in parks, stadiums, and other public spaces. On this day, music lovers organize various musical concerts and festivals.

Got a musical instrument lying on the back of your shelf? Time to take it out and jam to your favorite tunes. And if you’re looking for a sign to start a band – this is it! 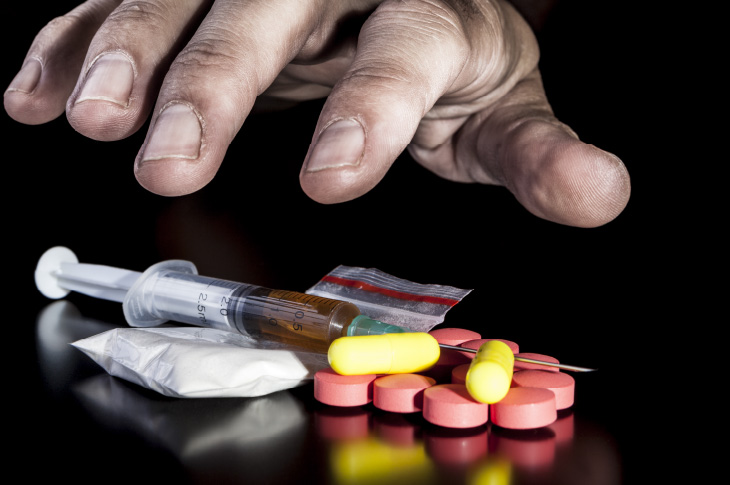 The General Assembly declared 26 June as International Day Against Drug Abuse and Illicit Trafficking. It is observed as a day to attain the objective of a drug-free international society and increase action and cooperation for the same.

This annual global observance, supported by individuals, communities, and numerous organizations worldwide, strives to raise awareness of the significant problem that illicit drugs pose to society. 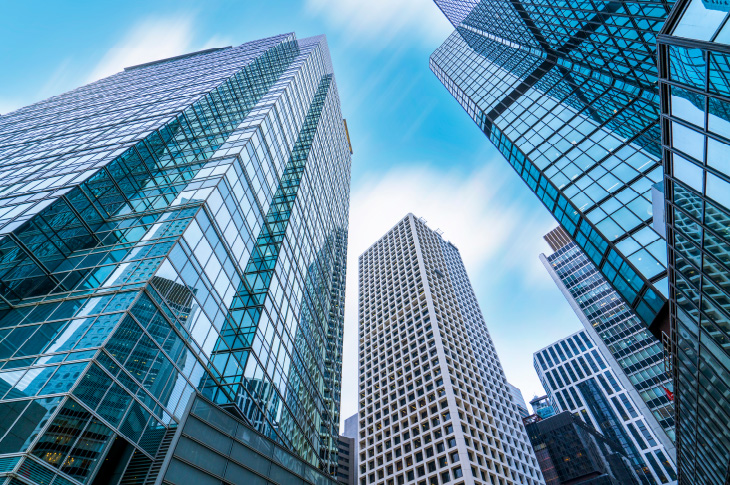 Did you know that MSMEs, which account for seven out of ten jobs in emerging markets, generate the majority of formal jobs?

Instituted by the UN General Assembly, Micro, Small, and Medium-sized Enterprises Day is observed on 27 June to enhance public awareness of their contribution to sustainable development and the global economy. 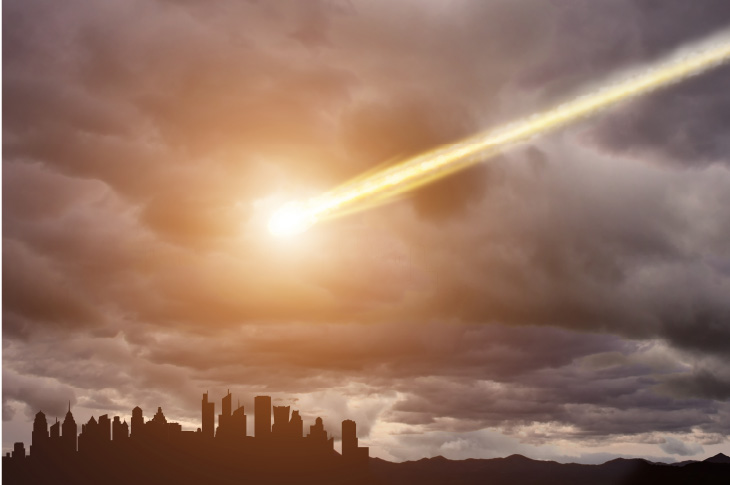 The United Nations has designated 30 June as Asteroid Day, a day to raise public awareness about the dangers of asteroid strikes. The objective is to educate the public about the risks and potential of asteroids by conducting events, offering educational tools, and communicating with worldwide audiences on a variety of digital media. 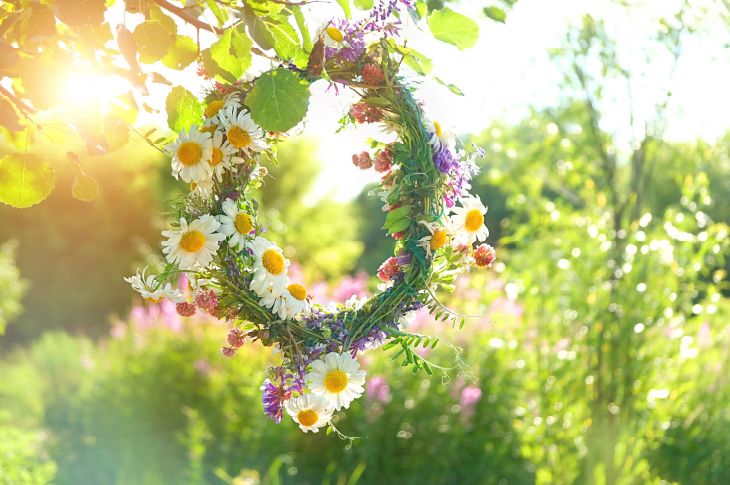 Pride Month – All of June 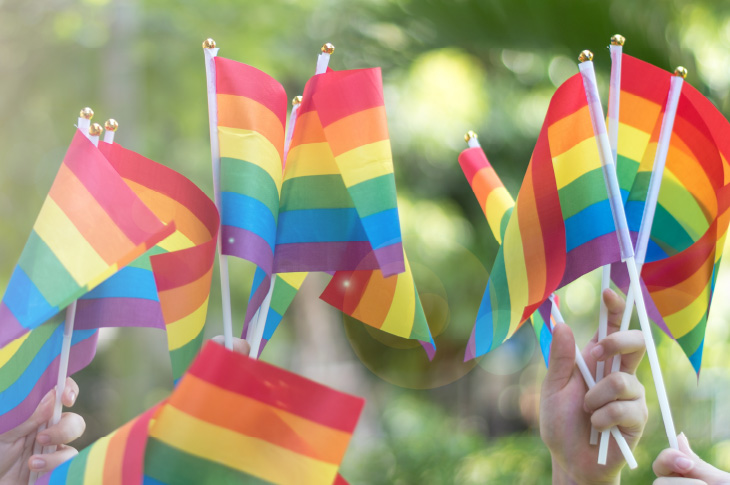 Lesbian, Gay, Bisexual, Transgender, and Queer (LGBTQ) Pride Month is observed every June to commemorate the 1969 Stonewall Uprising in Manhattan. The Stonewall Uprising was a turning moment in the United States’ Gay Liberation Movement.

Conversations around the LGBTQ community are still hushed and face stigma, but there has also been some progress, which makes for a good place to start. People worldwide gather to march in parades and festivals and celebrate with the rainbow flag.

This video by NEXTDayBetter spreads an important message about sharing your identity and sheds light on the history of the LGBTQ community. 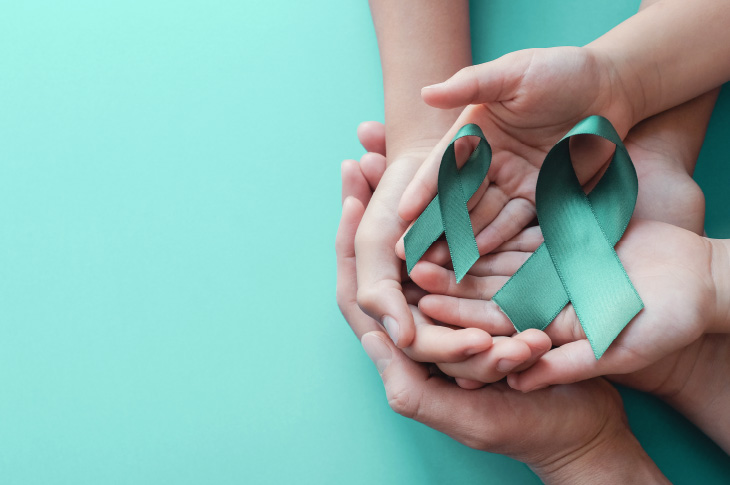 The month of June is designated as National PTSD Awareness Month, which brings in an abundance of awareness programs aimed at PTSD survivors. PTSD or post-traumatic stress disorder affects persons who have been through a traumatic incident such as war, violent physical/sexual/verbal assault, accidents, and so on. 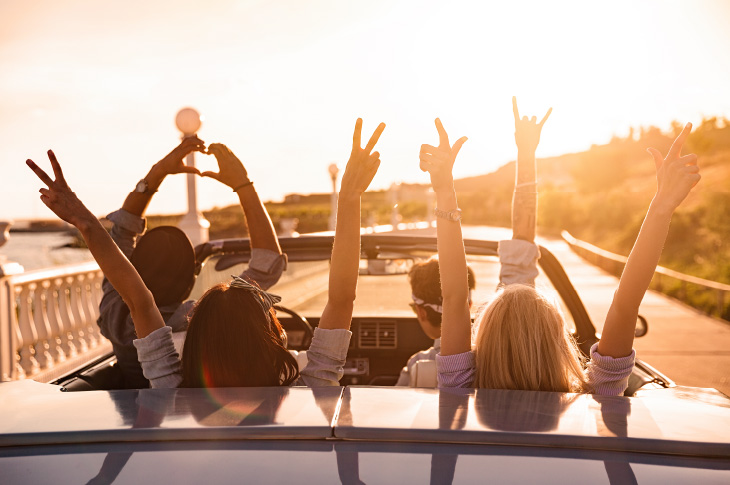 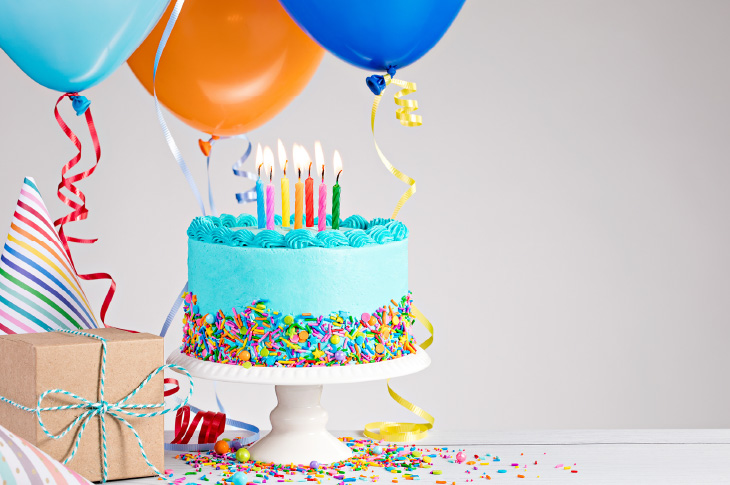