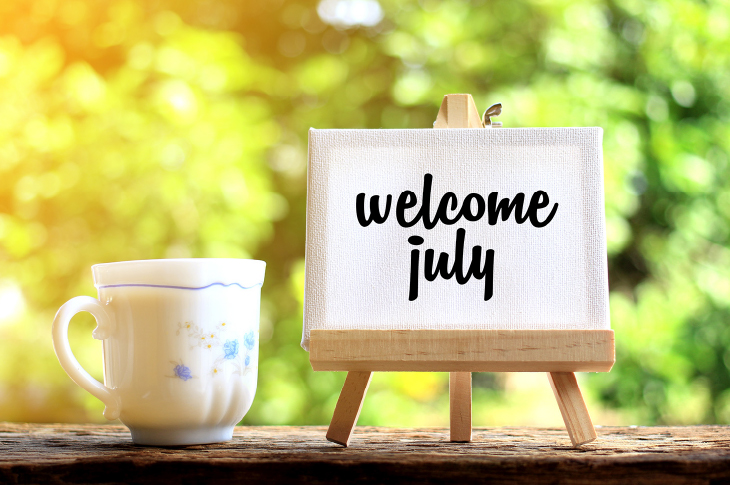 For taxpayers, the deadline to file an ITR is usually 31 July 2022 (non-audit cases). The due date for submitting your ITR is 31 October 2022, in the event of taxpayers who are subject to audit under the Income Tax Act or another law. 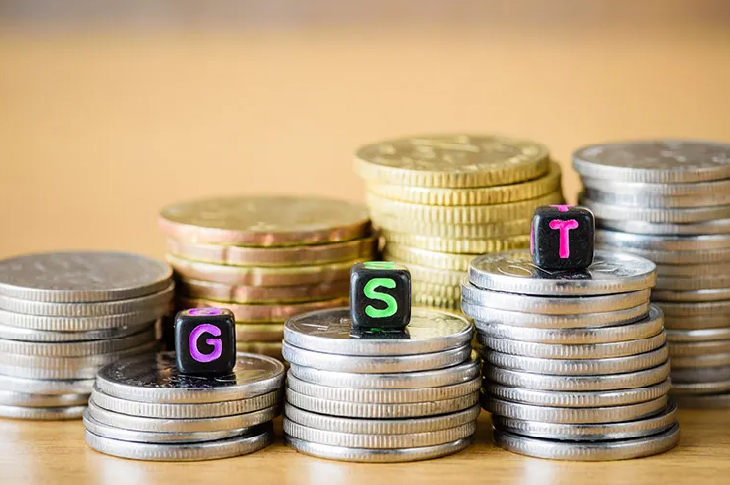 GST Day has been observed each year on 1 July since its recognition by the central government. The notable tax reform came into effect on this day. Goods and Services Tax (GST) refers to an extensive, multi-level, and indirect tax that is levied on goods and services in India during their supply. 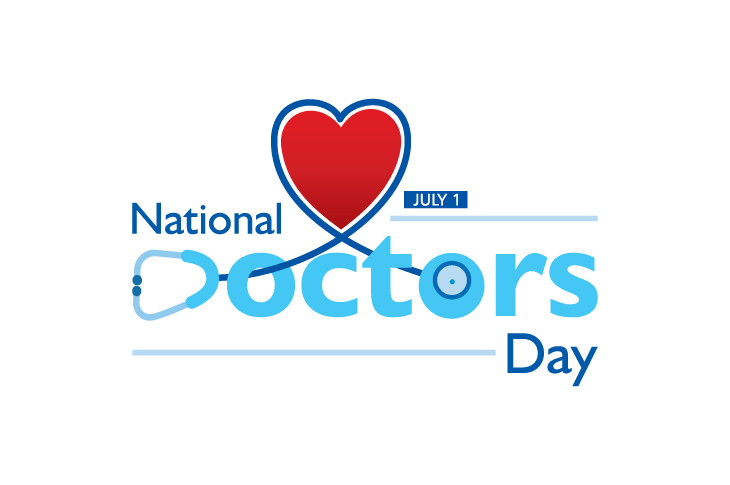 If there’s one thing that’s remained constant throughout the fight against the coronavirus, it’s the selfless sacrifices made by our doctors. Not all heroes wear capes – sometimes heroes are found behind surgical masks, fighting sleepless nights and still standing tall with a smile.

The legendary and internationally recognized medical professional, Dr Bidhan Chandra Roy, is honored on 1 July through the celebration of ‘National Doctors’ Day’ in India. He served as a freedom fighter, physician, politician, and educationist.

This Doctors’ Day video by NDTV tells us all we need to know about the momentous day – it sheds light on important statistics and the 2021 theme for National Doctor’s Day. 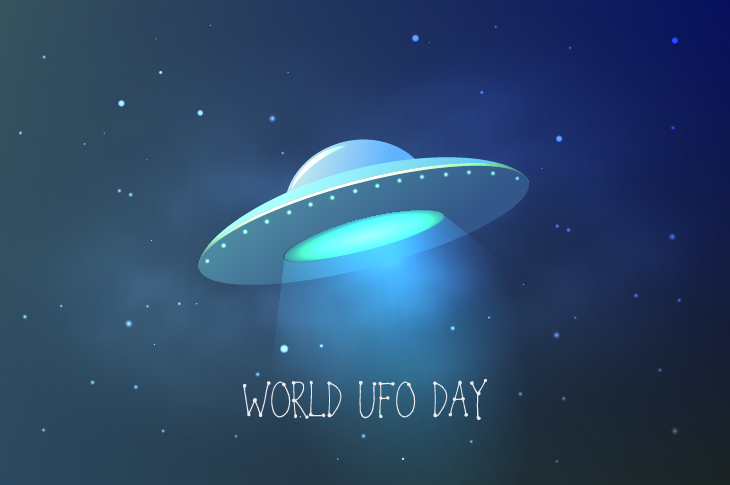 Every year on 2 July, World UFO Day is commemorated to raise awareness about unidentified flying objects and to acknowledge the purported existence of UFOs. Haktan Akdogan, a UFO researcher, first observed the day in 2001. Each year, people come together to search the skies for extraterrestrial entities. World UFO Day is observed on 2 July to memorialize the 1947 alleged UFO crash at Roswell, New Mexico. 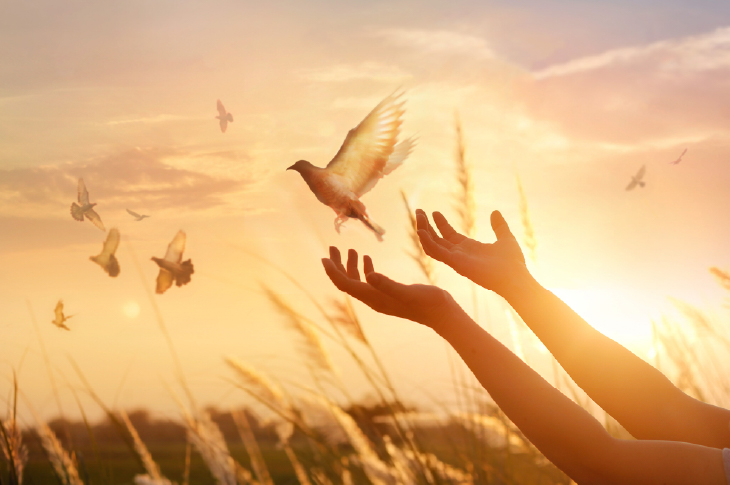 Forgiveness may not always come easy, but it certainly lifts a huge weight off one’s chest. Take the chance to ease the burden this Global Forgiveness Day, as you forgive and be forgiven. Look forward to fresh starts as you mend old relationships. 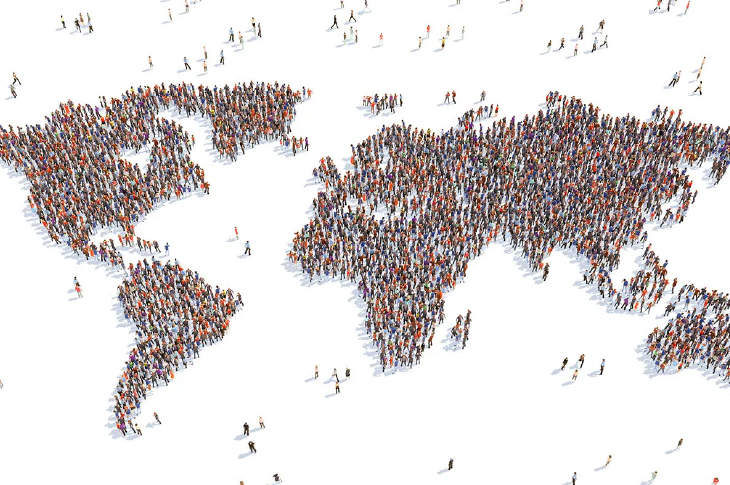 World Population Day was founded by the formerly Governing Council of the United Nations Development Program in 1989. It aims to draw attention to the urgency and importance of population issues due to the enthusiasm sparked by the ‘Day of Five Billion’, which occurred on 11 July 1987. 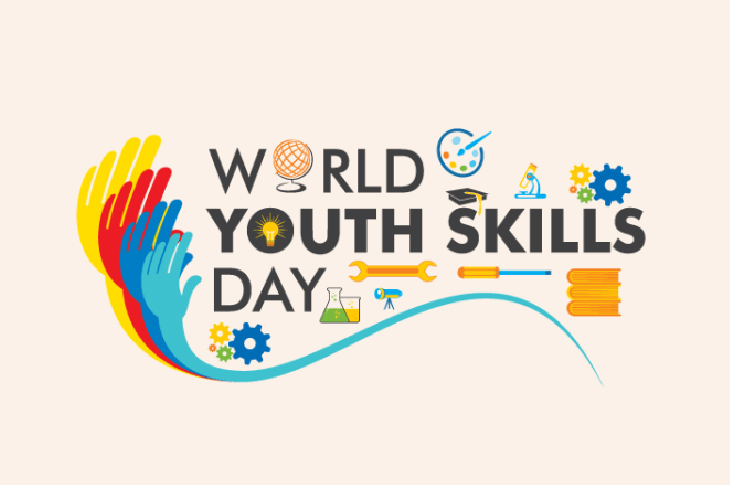 Did you know the COVID-19 pandemic has had a greater impact on young people aged 15-24 than on adults? In 2020, youth employment decreased by 8.7% globally, compared to 3.7% for adults.

This video by Godrej highlights how their vocational training initiative has helped provide several people with employment opportunities through skill equipment. 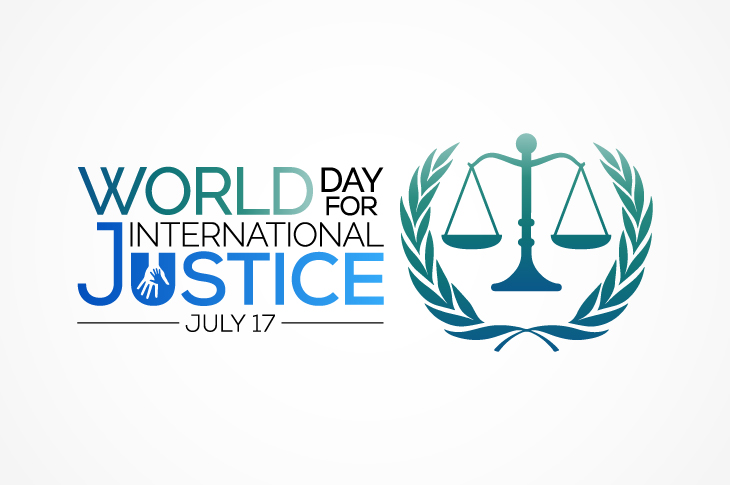 Every year on 17 July, the world commemorates World Day for International Justice. The purpose of the day is to promote international criminal justice and to assist the International Criminal Court (ICC) in its operations. 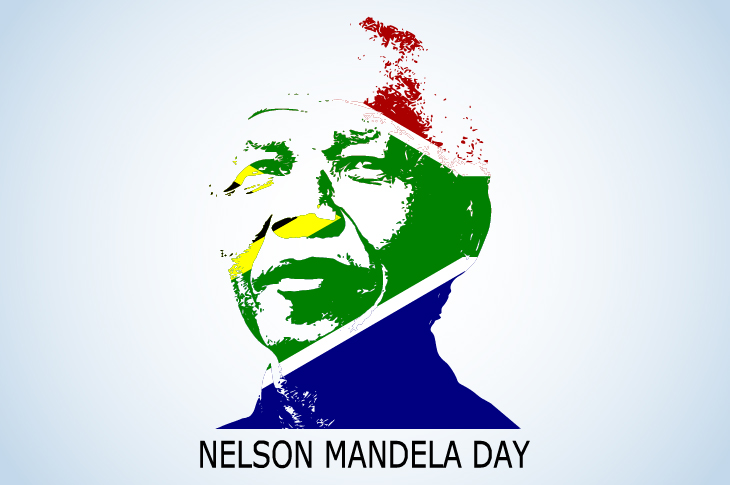 In 2009, the UN General Assembly named 18 July as Nelson Mandela International Day in honor of the former South African President’s commitment to the culture of peace and freedom.

Nelson Mandela played various roles in his life – but what outshined them all was his dedication to serving humanity. He was the first democratically elected president of a free South Africa, a human rights lawyer, a prisoner of conscience, and an international peacemaker. 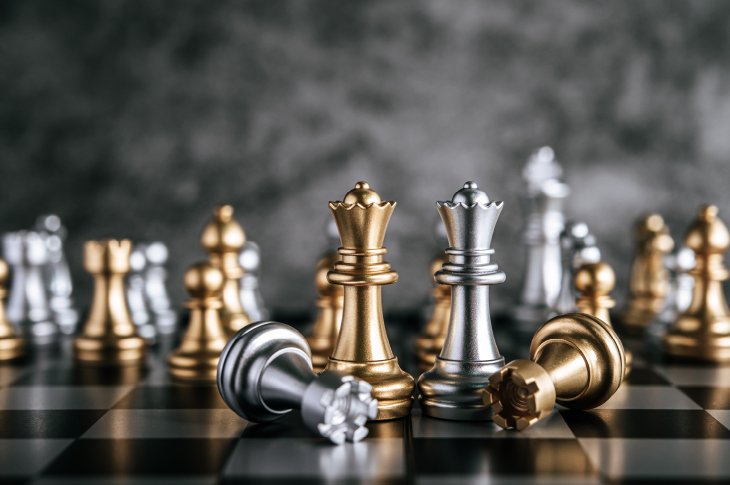 Did you know there are more mathematically possible chess moves than atoms in the observable universe? Hear this – you can checkmate your opponent in two moves in a chess game. Geek up on your chess knowledge as we celebrate International Chess Day on 20 July.

World Chess Day has been celebrated annually on 20 July since its commemoration by the UN General Assembly in 2019. The International Chess Federation (FIDE) was established on this day in Paris in 1924. Since 1966, chess players across the globe have observed 20 July as International Chess Day due to the efforts of FIDE. 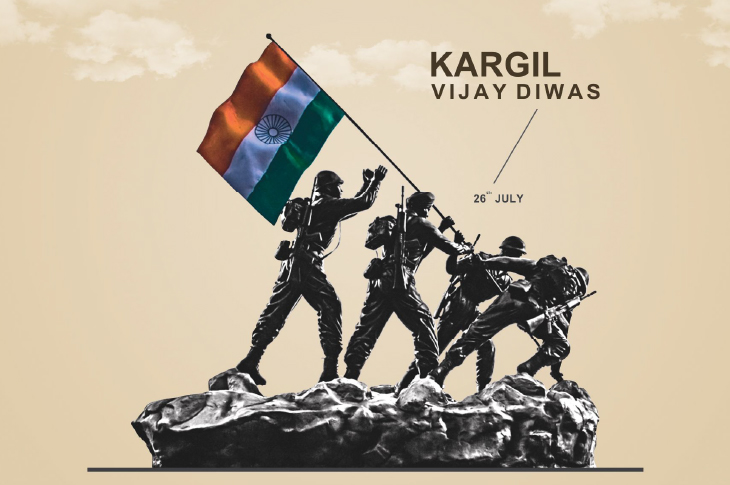 26 July is recognized to commemorate the sacrifices made by soldiers in the Kargil war. As we observe this day each year, we look back at how the Indian army recovered all Indian installations in Kargil from Pakistan’s army on this day 23 years ago.

This video by The Quint retells the story of the Kargil war with a timeline of events. 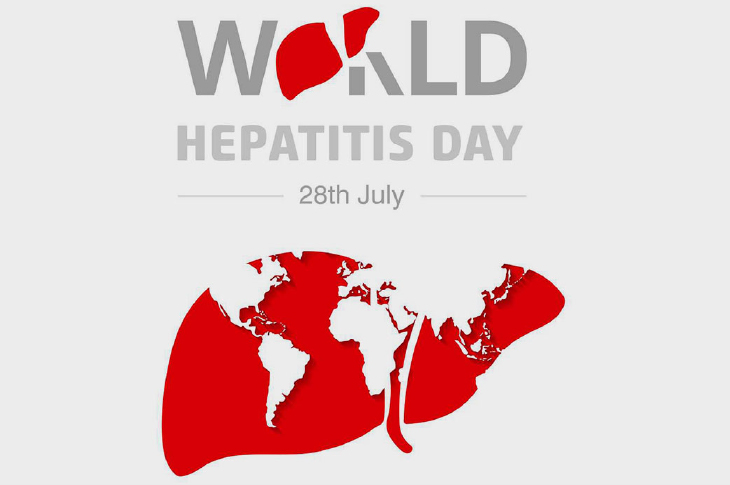 Each year, 28 July marks World Hepatitis Day (WHD). It aims to bring global awareness to the worldwide concern of hepatitis and promote genuine change. The theme for 2022 is ‘Hepatitis Can’t Wait.’

This innovative video by the World Health Organization (WHO) explains the prevention of hepatitis in a simple and fun way. 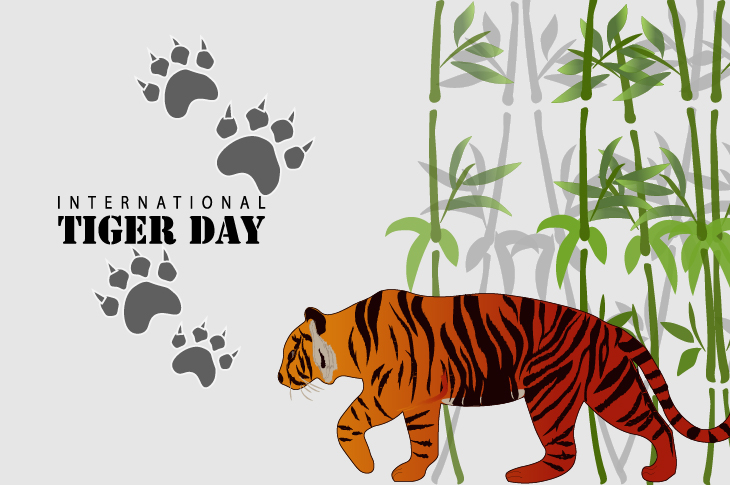 Tigers are magnificent creatures. But unfortunately, these large wild cats have been known to become endangered in recent years.

Every year on 29 July, Global Tiger Day or International Tiger Day is observed to raise awareness about Tigers. Tx2 – the global objective to double the population of tigers in the wild by 2022 – was established in 2010, when the 13 tiger range countries got together to establish the day.

This video by WION shares India’s success story on the tiger population and conservation, in view of the fact that 70% of the world’s tigers live in India. 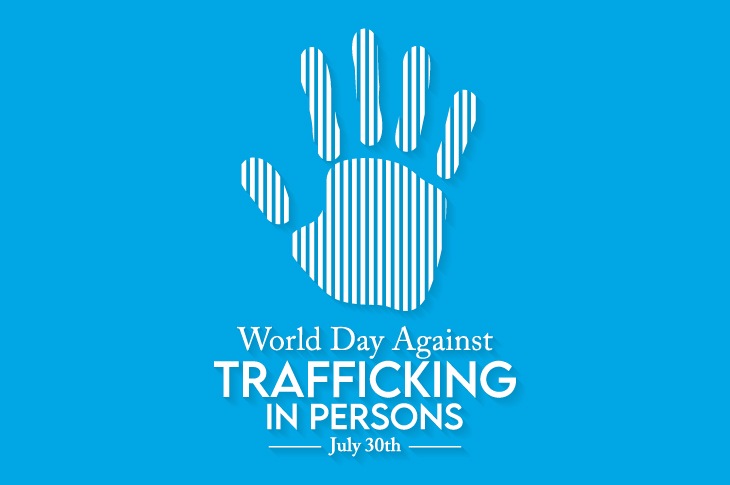 World Day Against Trafficking in Persons is observed on 30 July as recognized by the United Nations. The intent behind the day is to educate people on the suffering of human trafficking victims and raise awareness and safeguard their rights.

This year, the campaign’s theme places victims of human trafficking front and center, emphasizing the significance of listening to and learning from survivors. The Blue Heart symbolizes the misery of individuals who are trafficked, as well as the insensitivity of those who trade in humans.

This video by a survivor of human trafficking tells her story through an initiative founded by her. 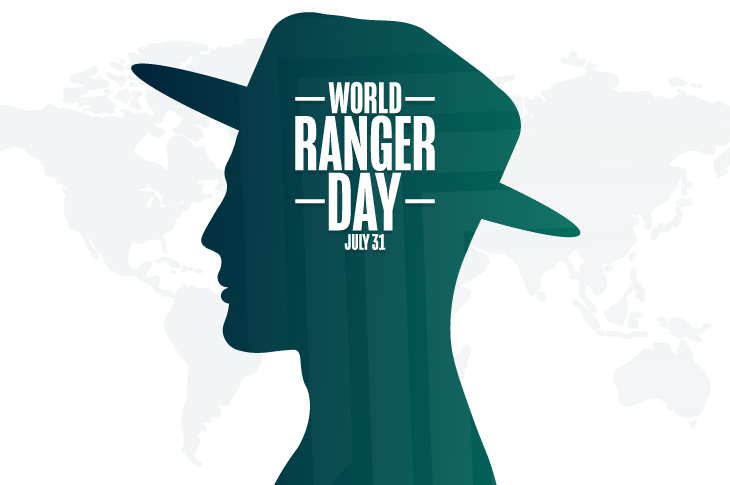 World Ranger Day is observed on 31 July around the world to honor rangers who passed away or were injured in the line of duty, and to recognize the work that rangers do to conserve the planet’s natural and cultural assets. 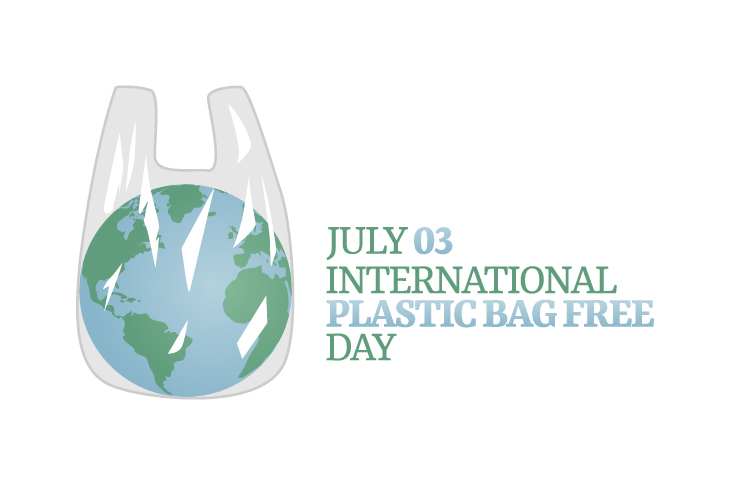 They’re easy to find, affordable, and (most important of all) convenient to use. We’re talking about the notorious plastic bag. It is claimed that they take 100-500 years to decompose! Have you ever stopped to wonder how much pollution this generates?

3 July marks International Plastic Bag Free Day – a worldwide movement that attempts to reduce the usage of plastic bags. Do your bit by carrying reusable bags, refusing plastic bags for small purchases, and being more conscious of safer alternatives to plastic.

This insightful video by TED-Ed teaches a simple lesson on the difference between various bags and which one you should use.

Sarcoma Awareness Month – All of July 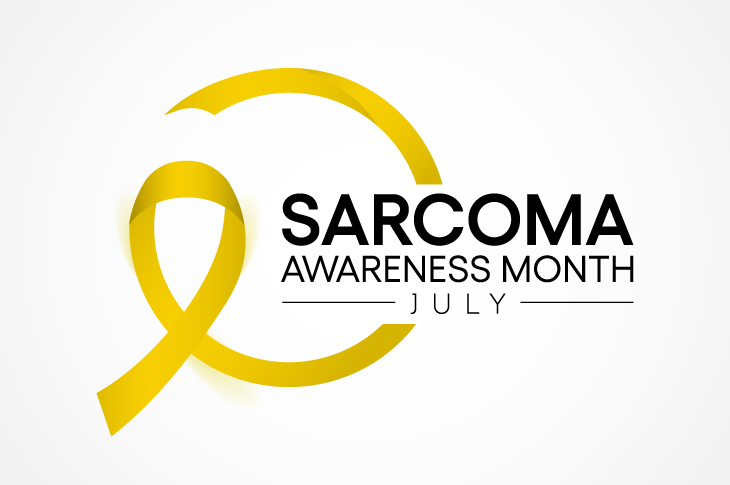 Sarcoma Awareness Month, which takes place every July, aims to educate people on what is known as the ‘forgotten cancer’. Sarcoma (identified as soft-tissue cancer) can emerge in several tissue structures such as muscles, nerves, bone, fat, joints, or blood vessels – the body’s ‘connective tissues’.

Although a rare type of cancer, it poses a threat through its multiple subtypes since it can arise from a range of tissue structures. It can also affect the bones. Sarcomas can occur anyplace in the body since these tissues are distributed everywhere. 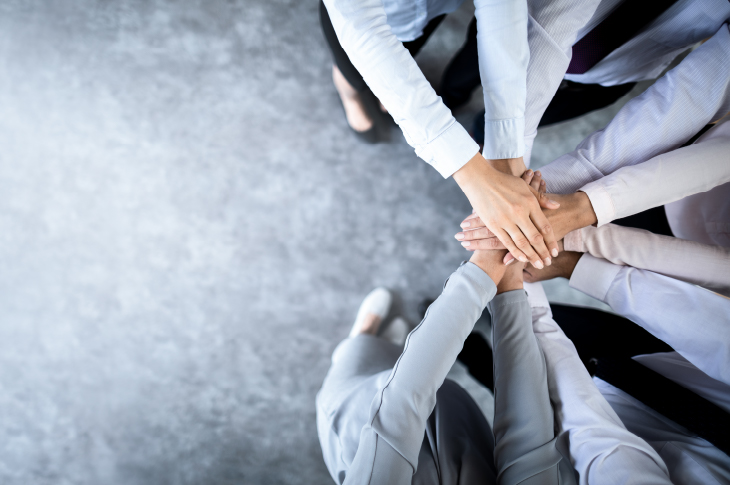 Global Enterprise Agility Month is observed throughout July by highlighting what it takes for employees and businesses to flourish. By identifying a genuine purpose, strengthening employees’ ability to adapt to their ever-changing environment and client needs, etc., we can create a better environment in organizations. 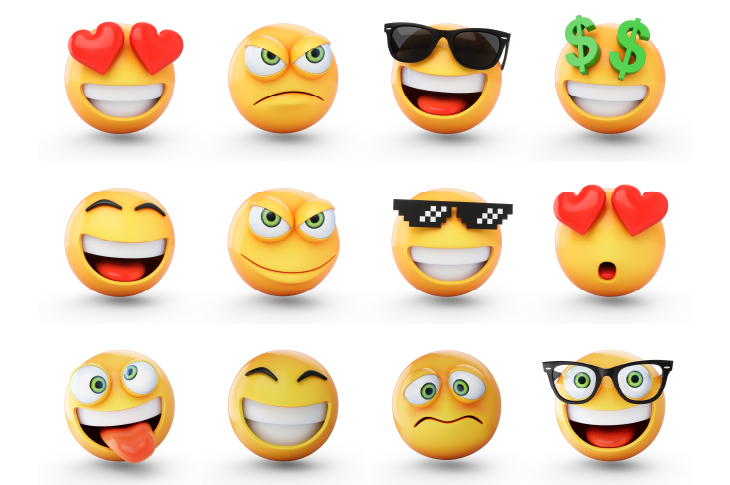 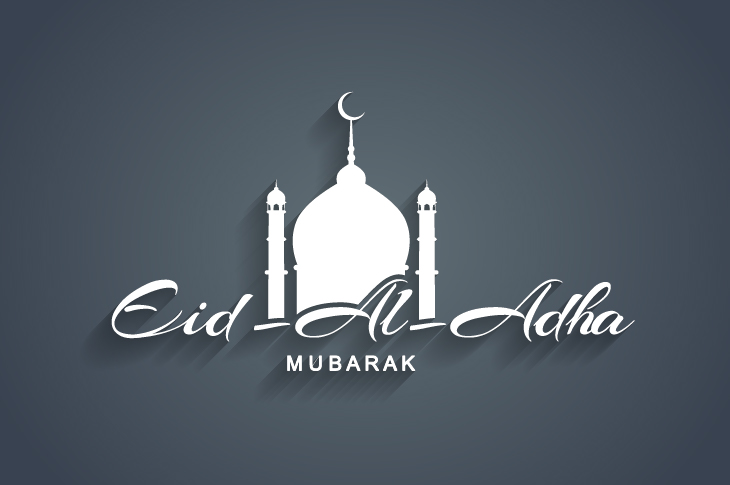 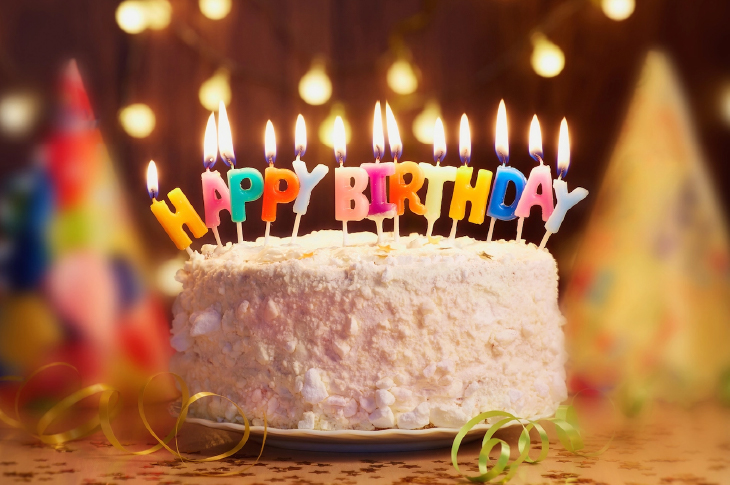