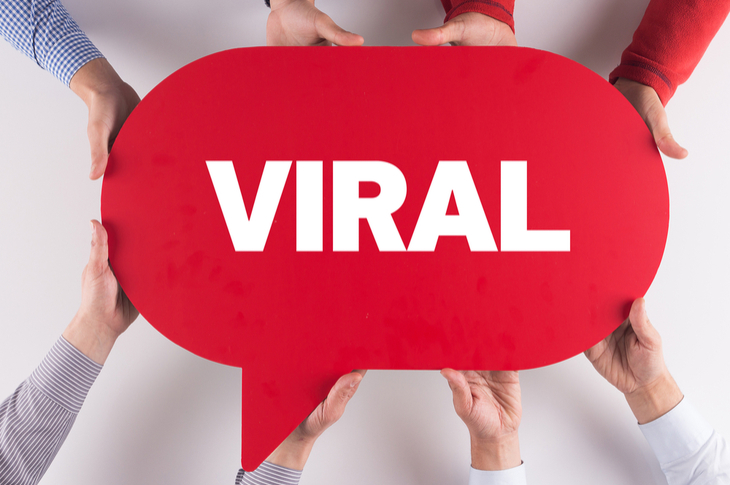 In her 2011 article for Adweek, Megan O’Neill began with a very pertinent observation: ‘Viral video’ is one of those buzzwords that gets thrown around a lot but nobody is really sure what it means. It has been seven years since then, but somehow it seems like brands in India are still grappling with the concept of viral marketing.

A piece of content is considered viral when it gets a large number of views from consumers within a very short period. Usually, the term ‘viral’ is associated only with video, but it can be anything – a meme, a photo, a GIF, a tweet, an article – as long as it is shareable by its audience. Studies show that content with more visual elements tends to be read more; hence they are also shared more frequently.

Viral marketing can be tricky. There is no fixed metric that a piece of content (views, clicks, retweets, likes, shares, etc.) needs to reach, to be crowned ‘viral’. A high-budget video might garner 10 lakh views over a week, but it might never sit in the esteemed company of ‘Gangnam Style’ or the ‘ALS Ice Bucket Challenge’ in terms of popularity. Moreover, only 15% of marketers go viral.

What then, is this elusive formula to ensure viral content? There is no one right answer with sure-shot returns, but a combination of some science, big data, and content optimised for more traffic will surely help.

It is also important to remember a few things:

The onus of your content going viral is entirely on your audience and not your content creators. If you want them to share your work, you need to engage them enough to click that share button. Ensure your content evokes a strong emotion in them – laughter, nostalgia, happiness, pride, hunger, love – and you might just hit a home run.

A few years ago, men’s aftershave brand Old Spice launched its ‘Smell Like a Man, Man’ campaign. It caught the attention of consumers since it dared to go beyond the constraints of traditional marketing and appeal to the changing tastes of the younger audience.

The campaign became so popular that it received the industry’s highest honour – a Grand Prix for Film at Cannes Lions – and it was also nominated for an Emmy Award for Outstanding Film. Perhaps a greater compliment was the fact that viewers spent more time watching reactions to the ad than President Obama’s acceptance speech during election night 2008!

The campaign also provided a big fillip to Old Spice’s sales, truly achieving its purpose; the company’s Facebook fans increased nine-fold, while its Twitter followers shot up by 2700%.

Consumers on social media browse their timelines for nothing in particular. They consume content that interests them and ignore pieces that don’t. A stray ‘like’ by such an audience on your post may not necessarily amount to much.

Brands often fall into this trap with viral content, viewing it as a magic wand for awareness, brand recall, or leads. As a marketer, you need to tread this line carefully.

Consider Puppy Monkey Baby. Mountain Dew aimed for virality through their Super Bowl commercial that featured a strange and slightly discomforting combination of a puppy, monkey, and a baby.

54% of consumer reaction to the ad was negative, such as the following:

A good way to try and achieve viral status for your content is to create relevant, contextual engagement for your consumers. But there’s nothing more confusing than a brand jumping on the back of a popular conversation when it cannot justify its presence.

A great example of a brand striking a chord with its consumers and going viral is feminine hygiene brand Always’ #LikeAGirl campaign. Always spotted the perfect opportunity to leverage the conversation around feminism and created a great brand connect. The idea remains topical even after four years, and the campaign video has a whopping 66 million views as of now.

Go ahead and brand your video

‘A branded video doesn’t go viral’ is one of the biggest myths of viral marketing. Without branding your content, your audience might simply see something interesting and move on. What remains in it for you then? Having said that, it is always a better idea to be subtle.

Travel aggregator website ixigo.com launched short videos that taught people common words from an Indian language in under a minute. These bite-sized pieces of content received lakhs of views in a very short time because they were enjoyable and taught viewers something. They were branded and worked very well despite that.

This one seems like a given, but brands tend to forget this principle while making communication intended to go viral. There is no merit in spending big marketing money and creating content that is run-of-the-mill. People want something innovative; impress them and you’ll motivate them enough to click the ‘share’ button.

Earlier this year, Ikea put out a magazine print ad that had everyone reeling. They called women to come forward and use it as a pregnancy test, which meant they had to urinate on it. If the test was positive, the ad revealed a further discount on cribs at the Ikea store. This print ad went viral: people shared it, it garnered international PR, and everyone was talking about it.

Mission accomplished, Ikea would say. Read all about it in detail here.

Perhaps a crucial rule of thumb before creating shareable content is to wear your customer’s shoes.

Is the idea interesting? Would you be interested enough to share it if you chanced upon it? Does it evoke any emotion in you? Will it be relatable to anyone in your peer group? Inherently, we all know what works for us. There is no reason at all why your consumers should be any different.