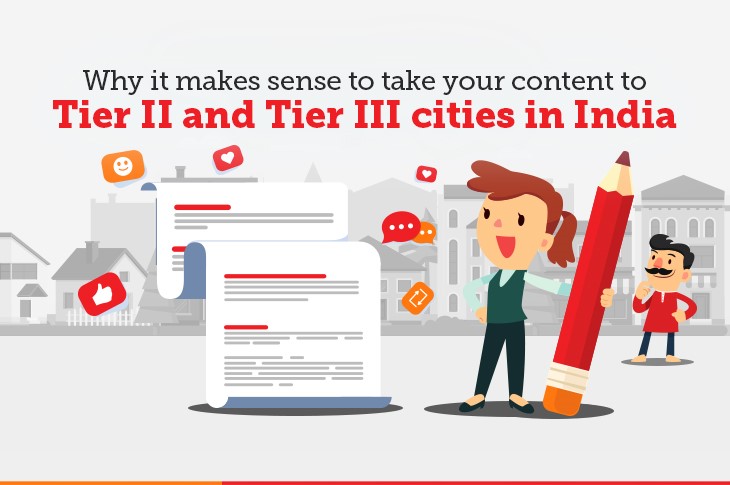 Over the past few months, people have been turning to social media and content platforms for their regular dose of entertainment as they took to staying home. Today, there are more subscribers on video streaming services than on traditional cable connections. Content, merged with social media, has been the connecting factor during this period of social distancing across the country. Brands are creating customized communication for consumers in Tier II and III cities, the government is pushing rapid development, and the digital revolution is penetrating further into the country. In short, it is an ideal time to take content beyond the metros.

Let’s take a look at the major factors that are driving this change:

This has to be one of the major factors, if not the most significant one. It is through ready access to the internet and the easy availability of mobile devices that India’s Tier II and Tier III populace is being introduced to a lifestyle otherwise only identified with their urban counterparts.

According to Cisco’s 13th annual Visual Networking Index, the number of smartphone users in India will rise to 829 million by 2022, which is 60% of the population. Compare this to the 27% of Indians who were using smartphones till 2018.

Experts feel that data consumption on mobile phones is likely to grow more rapidly in new wave cities because mobile penetration is higher in these parts. The telecom wars between the major service providers have only boosted these numbers and will continue to do so. It wouldn’t be surprising if this were to positively affect internet penetration as well.

Scatter’s association with Airtel Payments Bank is a perfect example of how financial service providers are recognizing the potential of smaller towns. While launching Airtel Payments Bank, India’s first payments bank, Scatter helped the company introduce a new form of banking with engaging and unique content.

Scatter’s content strategy began with identifying consumer pain points across the country and solving them through content across formats, platforms, and languages. 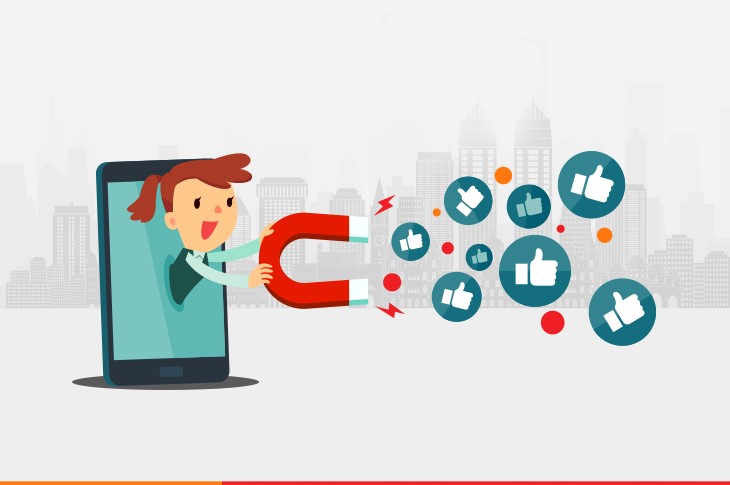 2. The rapid reach of social media

Mobile and internet penetration will provide the obvious fillip to social media activity. Everybody loves to express their opinion and social media offers that opportunity to all. There is some content going ‘viral’ every day on the internet, and it isn’t just being consumed in the metros.

Facebook is making a conscious effort to reach out to the population in smaller cities. The platform has taken an aggressive approach with its initiative for women-led startups – SheLeadsTech – in Tier-II cities with the SheLeadsTech Roadshow. An example such as this shows how seriously the smaller cities are being taken by brands as big as Facebook.

With social media platforms finding favor in these new wave cities, as a brand, your content and messages will find more takers.

Consider this: India is Facebook’s largest market in the world. So much so that the country has been marked as a separate region with a board that reports directly to Facebook’s headquarters in California.

And this is just the story of one platform. When one considers others like TikTok – a platform that became increasingly popular in Tier II and Tier III cities and churned out viral content that in turn got shared on apps like WhatsApp, Twitter, Instagram, and Snapchat, the potential this country – and particularly the smaller smart cities – has for quality content is mind-boggling.

That e-commerce has revolutionized the idea of shopping in India is clear for everyone to see. What it has also done is democratize it for Indians. The finest brands and products are only a click away, and your location doesn’t matter.

When Facebook announced its investment of $5.7 billion in Reliance Jio platforms, it helped achieve a commercial partnership and accelerate the launch of JioMart, an e-commerce platform of Jio. This partnership is envisioned to benefit both consumers as well as entrepreneurs and businessmen.

Financial services company Mastercard is betting big on its next leg of growth that will be focused on non-metros. While this is being led by the current government’s emphasis on digital transactions, it also illustrates the brand’s belief in the increasing spending capacity of people in smaller towns.

Reports suggest how cities like Jaipur, Chandigarh, Lucknow, Patna, Indore, and Kochi are fast becoming hot retail destinations. Whether you explain it with the higher retail rentals in the metros or increasing demand among the people in the new wave cities, the growth is apparent.

5. The boom in startup havens

Smaller cities are also being considered as ideal places for startups to establish themselves. In an interaction, Prime Minister Narendra Modi stated how innovators from tier 2 and tier 3 cities and rural areas are powering India’s stride in the startup.

This is a testimony to the innovation culture and creative solutions that one can find, especially among the youth, in these new wave cities.

An interesting example is Mumbai-based entrepreneur Ashutosh Pande. His decade-old venture Bajaao.com sells musical instruments online. Ashutosh chose to focus more on the interiors of the country rather than chase the urban customer aggressively.

This is because while it was easier to access quality musical instruments in the metros, the latent demand in smaller cities showed a lot of promise. Pande’s success story is one of many when it comes to the booming startup culture in non-metros.

There is also the added promise of lesser competition among brands as compared to marketing in Tier I cities. While brands are looking at the non-metros, there is still a lot of potential for more business leads and easier customer acquisition.

Gone are the days when India shone with its development stories in just the eight megacities. With rapid urbanization, development, and population growth, the story is being told probably better in Tier II and III cities of the country.

There are opportunities galore now in cities other than the usual suspects; people are looking beyond Delhi, Mumbai, or Bengaluru. Malls in Lucknow, luxury brands in Jaipur, the vibrant pop culture boom in Chandigarh, and many more examples will tell you how the action has shifted to smaller towns. Dismiss the metros at your own peril, but there is a lot more being discovered in these new wave cities.

Your content and communication are traveling the length and breadth of the country. As a brand, a communication strategist, or a content developer, you will do well to realize and capitalize on the immense potential of the India that lives beyond the metros.